Outliers inside the Black Box: nature, nurture and the difficulty of capturing Tinkerbell

A merry Christmas to you! I, like many others, marked the season with the definitive West of Scotland diet (fried cigarettes, etc.) and the annihilation of the very concept of abstinence (I absorbed such a vast amount of alcohol that it simulated being attached to a drip containing Bacardi in a solution of Whisky; as we speak I'm sipping Listerene to avoid my body convulsing with withdrawal symptoms, like the Bends). Fortunately I didn't get too many books on Progressive Education, so among other things, I re-read Malcolm Gladwell's Outliers, and it got me thinking as I watched 'The One Ronnie' and wondered if it there was a collective noun for the less funny ones left behind in comedy duos when the talent inevitably catches the last train. In the absence of a better term, I'll use the phrase 'a Corbett' . As my producer said. Aha.

You may have read one of Gladwell's books; certainly it seems statistically more likely that you have than you haven't, as he appears to be the JK Rowling of pop psychology/ economics. Nothing wrong with being a journalist, of course, and I'd be the biggest gob on the block if I criticised someone else for talking about subjects that he isn't personally expert in. Good God, it's practically my full time hobby. Empires were built by gentlemen amateurs.

But Gladwell isn't interested in amateurs, and here's the link to education (I promise): he analyses- possibly, although there's debate about how far that term can be extended- the common factors in extremely successful and talented people. Or talented people who have shown success. And what conclusions does he come up with?
1. You need to work for around 10,000 hours at something before you make it.
2. A lot of luck is involved in becoming successful.
3. A lot of that luck is based on the opportunities your background affords you.

Holy cow, really? Number 2 and 3 must come as a surprise to anyone who still believes that when you're born, three fairies descend on your crib and grant you three talents. Can anyone be surprised that an enormous number of variables propel us hither and thither, like seaweed in storm, until we land on beaches beyond our imaginations? If so, I have some lunar real estate I'd like to sell them. In that respect, Gladwell is the Prophet of The Bleedin' Obvious.

The first claim is a bit more serious, and even more closely aligned to a very current educational debate: what is intelligence? What is talent? Gladwell cites Anders Ericsson when he claims that basically, anyone becomes brilliant when he or she puts around 10,000 hours into any activity. The implications of this very large claim are many; talent isn't strictly an innate quality but an acquired skill; anyone can become good at anything; more broadly, anyone can be a genius in a field, if they bash away at it long enough. This echoes similar views by Black, Harrison, Lee, Marshall, William and Kappan in their very readable 'Inside the Black Box' which appears to be compulsory reading for the modern member of SLT, in a very similar way that Mao's Little Red Book was a must have for...well, everyone in Communist China. They were looking at ways to improve learning, and jolly good on them for it; one of the subsidiary assumptions of that paper was that 'intelligence' was essentially a set of learnable skills, and that there needed to be much more emphasis on the idea that, perhaps, all men were created equal, but the opportunities afforded to them were not.

I'd argue that the idea that opportunities aren't evenly distributed from birth is so axiomatic, so empirically demonstrable, that it doesn't bear further examination. It is practically known intuitively. But the idea that upper-spectrum ability/ success is intrinsically linked to a given amount of practise, definitely, by definition, isn't. Gladwell's claim (echoed by William et al) that anyone, given the right environment, can achieve greatness is very much in vogue in classroom theory these days; it gives succour to the idea that we are all essentially victims or villains of our environment, and that anyone, sufficiently tutored can succeed. Well there are a complicated web of assumptions and conclusions that emerge and underpin such thinking, that all play minor and major parts in the classroom melodrama.


For one, it favours the notion that we are all the autonomous, independent, equal individuals of Libertarian philosophy, which in turn harbours the germs of the American Dream; that anyone can make it, with a bit of spit, moxie and possibly, chutzpah, all words that sound better when you say them like Jimmy Cagney or Tony Soprano. Now, those concepts are intrinsically linked to the notion of free will, that we are morally responsible beings that are both sentient (aware) and cognisant (decision making). But it simultaneously supports the deterministic position that we are creatures almost entirely of our environment, that there are factors cosmic and mundane that influence what side the toast of our lives lands.


How does this play in the classroom? It matters enormously. If you believe Gladwell, then so-called thick kids aren't thick at all; they simply haven't banked enough hours in the genius gym. Or that there's no such thing as being 'bad' at, say, English, just spending too many hours in front of the Nintendo rather than reading Nietzsche. Interestingly enough, although I don't agree with this at all, I don't think it's a necessary assumption for the Black Box analysts, and that their conclusions still stand without it. You don't need to assume that all talent is acquired in order to believe that formative, personalised assessment tailored to the child's needs can be beneficial.


Why don't I agree with Gladwell's proposition? Because, apart from the fact that most of what he says is simply an elegant way of repackaging truths so obvious that even Stuart 'The Brand' could grasp them, he has a tendency to over simplify spectacularly; he adopts an absurdly reductivist position that links 'greatness' with the 10,000 hour hurdle, without conducting anything like an exhaustive sample. Rather, in the manner of homoeopaths and alchemists everywhere, he looks around to see what a handful of successful people have in common, and declares that any factor he can discern is therefore the causal one. Aristotle would tear his hair out, if he had any left on his bony cranium.


Another issue I have is that he seems rather vague about his definition of 'outliers' and what he means by success. Sure, he seems to be satisfied that success = The Beatles and Bill Gates, but using paradigms to then retrospectively justify a theory smacks of very bad science indeed. What do we mean by successful? What do we mean by a genius? The difficulty in defining those terms lies at the heart of this issue. Do IQ tests define genius? God help us if they do. They surely only depict a snapshot of aptitude at one thing alone: IQ tests. We barely understand what we mean by the mind- how on earth are we entitled to declare that we have discerned what an ideal, a superior mind would look like? How on earth could anyone be qualified to do so? As Dreiberg in  Watchmen said, 'How do you know when the world's smartest man has gone crazy?'


Oh, and I particularly enjoyed how he described his own 10,000 hour tenure as a journalist before he enjoyed the success of writing fame. See? Extremely successful people (like, er, Malcolm) just need 10,000 hours of practise and a few lucky breaks.....Stop, it Malcolm, you're making us blush.


The final reason I disagree with this theory is that 10,000 hours, plus karma, still doesn't seem enough to account for success or otherwise; most teenagers I know have easily sailed past that mileage at either computer gaming, self-abuse or insulting each other with unimaginative texts. I have yet to see any outliers emerge amongst them in those fields. Your average Black Cab driver will knock out forty hours a week on the roads, so give them half a decade and  I expect they'll be winning the Grand Prix at Monaco. Oh, wait a minute, they don't.... Because there are so many variables to success, which is such a nebulous, undefined term anyway, that we are so far from devising a science that explains it, that we can barely see it with the Hubble telescope and a zoom lens.

I know kids who knock themselves out with effort in order to do well at school, who have to work twice as hard as some of the other kids in order to achieve the same results that the more able just breeze through. That's not just down to hours on a treadmill of practise: that's aptitude. Breath it, lest ears mat be offended, but some people have talents in some areas, while others lack them. I could be charitable and say that everyone's good at something (and maybe they are) but I can't support that with a lot of evidence. What I can justify with a lifetime of having my bloody eyes open, is that some people display aptitude, innate ability.


Isn't innate ability useless without some degree of nurturing? Of course. But we usually practise the things that we enjoy; we often enjoy the things that we're good at; a cycle of aptitude develops. The baby football player turns into the teenage hopeful because he loves it, and he's good at it. Mozart goes from creepy child-prodigy to adult virtuoso through hothoused slave-driving from his father, but there are an equal number of prodigies who abandon their childhood circus tricks as soon as their patriarchs are absent, because they despise the hoops through which they are made to jump. Others, like Mozart, grow up speaking and breathing  music. 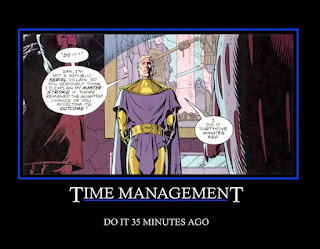 Why? I can only assume it's because people have characters; talents; free will; choice. Of course, too many (if not most) people are crushed this way and that by cages of convention, culture and childbirth over which they have no control, perhaps even to the point of helplessness. But the moment we start to deny that humans have volition that can inexplicably contradict the apparently interminable forces of destiny, then we start to deny what it means to be human. In philosophy there is the 'Black Box' theory; the idea that we can understand what goes into the human mind (the black box) and what comes out (the behaviour) but we will never be able to fully understand what goes on inside the black box. I'll buy that. Trying to nail down exactly what genius is, is as hopeless a task as catching Tinkerbell in a butterfly net, or grabbing a fairy tale with an iron claw. It's a modern Questing Beast, if you like your allusions Arthurian, and I do. (If you're interested in this, look up New Mysterianism. It's not a New Age cult; more, I would say, a necessary and rational deferment of judgement.) As Socrates allegedly said, the beginning of wisdom is knowing how little one knows. 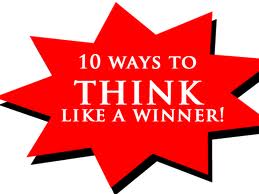 So I must be very wise indeed. Until someone proves otherwise, I'll assume that practise is great, and that hard work is a key factor to getting ahead; that lucky breaks or otherwise are hugely helpful, and that some people are just good at some things- especially if they keep trying. Thanks for the tips, though, Malcolm. I look forward to reading your follow up, Fire is Hot.