Showing posts from 2011
Show All

Great Expectations or Low Aspirations: High Hopes are the key to Academic ambition 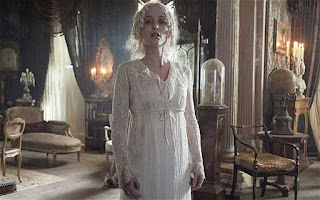 Is it just me, or was Charles Dickens an education prophet for our times? Watching the BBC’s latest tent-pole master theatre for sleepy middle-class people slumbering their way through a period of feasting that for most represents a mere acceleration of over consumption rather than the commencement of anything unusual, I would say yes.
It’s rather good though, isn’t it? I say that as a man who has never seen Downton Abbey, or indeed ANY period drama outside of a cinema in recent years. It doesn’t appeal; inevitably it appears to be an endless Brownian motion of the same features, remixed into new forms, built with the same bricks of letters, engagements, prospects, tall, vicious suitors, inhospitable luxury and morally diseased, dysfunctional aristocracies. I suppose you could say as much about any genre; all sheep look the same to me, but to the eye of the experienced I imagine they’re as distinct as children.
It offered a rich vein of reflection.
Pip comes from an extended family of co…
5 comments
Read more