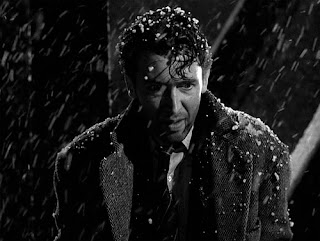 Finally watched Frank Capra's 'It's a wonderful life' last night, and if you are one of the two or three dozen that haven't yet met this charming American filmic myth, then let me be the latest in a long line of people to say, somewhat redundantly, that it's a masterpiece. (In other news: fire is hot). It is, for those of you living in Survivalist communes in Nebraska or belonging to an Amish choir, a tale of the little guy who makes a difference in his community, being rescued from the brink of despair by a poignant, Christmas Carol meme of 'what if?' Lionel Barrymore, I'm afraid to say, is as wooden as Patsy Kensit as the Guardian Angel. But Jimmy Stewart can play likeable everyman characters in a way that makes Tom Hanks appear edgy and controversial. 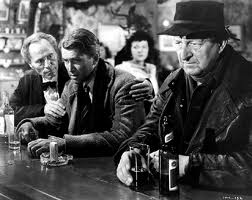 So what? This is a teaching blog, not the mirror of Narcissus. But it's relevant because of a central theme that rang a tuning fork in my hard heart: we barely notice the differences we make in other peoples' lives, and unlike George Bailey, we rarely meet a divine messenger to point out how things might have been, unlike say, Scrooge, or Saul of Tarsus, both of whom got special supernatural assistance to guide them back onto Straight Street. Coincidentally, yesterday two things happened that figuratively speaking, showed me the ghosts of Christmas past and future. 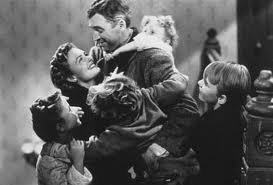 The first one was a simple card from an ex-pupil, one who had left several years previously. Because I'm not entirely a whore, I'll spare you the details, but in summary it was a kind, thoughtful thank you for helping him get through his A-levels, and for contributing in some small way to his present position at University. I suspect that in years to come I'll be greeted by boxes of flaming avian offal pushed through my letter box once students appreciate the debt they now enjoy thanks to my goading, but I'll just forward that to D-Cam and the Old Etonian Society. The card was nice; it came at the end of a day when I had to deal with some difficult behaviour that, while entirely routine, required the proportionate routine responses, paperwork, and colleague-bothering that we know and love when it comes to working the system. All resolved, lots of good outcomes and conversations, but tiring and time consuming. The sort of thing that eats away any spare time you might have jealously accumulated in the noble hope that you might actually be able to achieve something you want done, as opposed to meeting the endless requirements of working in any heirarchal institution.

The second thing was beautiful; a reply from a correspondant on the TES Behaviour Forums to whom I had offered some of my unworthy advice several days back. Normally I don't expect replies, because, well because everyone's busy and frankly I (and many other regulars) do it both because we enjoy it, and perhaps because we should. I shouldn't be amazed- but I still am- how frequently behaviour in an internet context can degenerate so quickly into oddball aggression and nastiness. Mostly the forum is calm, mannered and polite, and it feels like a Platonic exchange of ideas between adults and professionals. But sometimes, just sometimes, some miserable troll rocks up, no doubt sitting at home in their underwear, eating chocolate, staring at their calendar of the Saturdays and sweating. Their odd antics are too unlovely to be called strategies, but they usually revolve around posting creepy, near-the-knuckle questions that often have a frighteningly sexual tone to them, or reacting to any sugestions like cranky children, taking offence in the strangest of ways. They're like the big, hard guys in pubs that spill their own pints and then say, 'Did you spill my pint?' Except these cyberknobs wouldn't dream of challenging anyone unless it was through the curtain of anonymity that broadband affords them.

Every week or so, amongst the grown-ups and the professionals, you get one of these, and they can make you think, 'Why do I bother? I don't have to take this sh*t,' especially if you've spent twenty minutes of your valuable, non-reclaimable existence crafting a response to their questions. But once in a while you get a response like the one I got yesterday. To be brief, it was a teacher I advised who responded by saying thank you, that what I (and OldAndrew) had said had helped, and that it had given her a bit of confidence to carry on when things looked a little bleak. 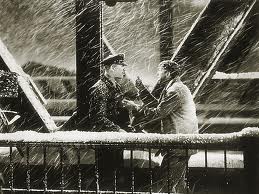 We are small, but significant links in other peoples' lives, in a chain that goes on forever in both directions; but links we are, and as supporting characters in the melodramas of the lives of others, we are required to ask one simple question: do we want to help, or harm? Everything else follows from that. It is an honour to be able to assist a student into adulthood; it is an honour to be able to offer advice to a fellow professional when they need some TLC, because I remember the times when I have needed support and assistance. Like George Bailey after his illumination, I am grateful every day for the chance to play the smallest part in the lives of other humans. That, dear friends, is why after moments like yesterday I felt like running down the High Street of Anytown, America, wishing everyone a Merry Christmas and laughing in the face of Mr Potter.