Evil detentions: It's your time you're wasting

Ah, the good old fashioned detention, unlovely and unloved by teacher and student alike. But if you spend more than a week in a school, you'll be on first name terms with them pretty sharp, because they remain the stand-by of sanctions, the .45 in the teacher's naughty clip. Let me lay out the logic behind their invention, and if I go too fast, I'll refer you back to the start of this paragraph:

Like I say, it's pretty complex. Actually, no, it's simple; it's as simple as a lever on a pivot. And that's what it is: a machine for reducing poor behaviour using the most obvious, intuitively visible axioms known to psychology- we avoid things we dislike. Jeremy Bentham, eat your heart out, because 'Nature has placed mankind under the governance of two sovereign masters, pain and pleasure.' I believe that master practitioners of this theory refer to the carrot and the stick, but I don't want to get too technical at this point.

And you know what? It works. How about that? I can hear logic Nazis hopping around right now, saying, 'No it doesn't! It doesn't always work!' Relax, amigos, we know that. Detentions aren't the universal answer to misbehaviour any more than a great big hug can mend a broken heart. But they're a bloody good tool to have in your bat-belt. Most kids don't like them (unless they're supernaturally lonely), and the classroom practitioner will find that if he applies these more or less fairly, with rigour and consistency, then the majority of kids will learn that crime doesn't pay.

Of course they don't always work. Usually for these reasons:

1. They're not applied fairly. Give out loads on a Monday when your head hurts or your patience is short, and the kids will rightly judge you to be a despot, ruling by whim. Cue: La Résistance française
2. They're not applied routinely: if you say that throwing snowballs in the classroom will lead to a spell in the Big House, then mean it. 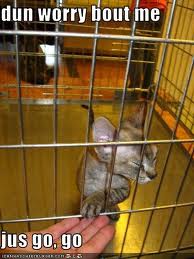 3. The kids try the old 'not turning up' trick. Ah, Moriarty, you escape my clutches again. Will we grapple thus forever? But the reason that many kids pull the vanishing act is because they know- they know, the little tinkers- that sometimes a tired, overworked teacher will forget, or forget to care about it, and fail to follow up. And I use the word 'fail' for a reason, because the kid then learns that sometimes just ignoring the teacher's sanctions will lead to...well, no consequence at all. A dangerous learning experience.

Now, 'reason why they sometimes don't work number 4' is the reason why I'm writing this right now and not building my snowman to greater heights of raffishness (I've sourced carrot and coal, but finding a scarf I don't mind rotting in a puddle is a challenge). Straight in at number four is the idea that- inexplicably- some teachers think a detention isn't supposed to be unpleasant. Now, most teachers don't enjoy punishing others; there's not many people who would enjoy deliberately making another human being uncomfortable, unless you were, say, Jeremy Kyle or Donald Trump. Congratulations: it means you're a human being. I'd be far more worried if a teacher rubbed their hands together and said, 'Oh boy, now I get to make some kids sit behind desks as a punishment!' Oddball; quit teaching and go write letters to the Daily Mail about immigration.

The reason why I bring this up is because one of the most common questions I get on the Behaviour Forums is 'what should I get the kids to do in detentions?' To which I always answer, 'Something 'orrible.' And I mean it. Because if it doesn't involve something that they will try to avoid in the future, then it loses all value as a deterrent. You might as well not do it. Which means that, no matter how well meaning you are, you must never turn a detention into Play Time; never sit with them and have a ten minute 'The Chat' (definite article deliberate) asking them what football team they support; never have them sitting with their jackets on texting their pals, telling them what a spanner you are. It needs to chafe. Pinch, even. 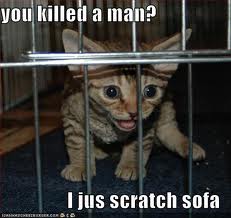 So what does this look like? Nothing draconian. Get them writing lines, the sanction that time forgot. Why not? It's boring, and works beautifully as a metaphor of  the intrinsic futility of being an arse. Or get them copying out of a book. Or get them doing some extra work (tasks don't need to be entirely useless). But not doing homework (because all you've done then is displace work at home into the classroom- you've probably given them an extra twenty minutes at home on C.O.D.), not talking to their mates, and not, not , not doing something they enjoy.

So I slap my forehead in frustration when I hear advice like I read in this week's TES, when A J Booker (who runs a website called...well, see the title of this post) suggests that teachers create imaginative and creative tasks for kids to do in detentions. He calls them 'evil'. Hmm. I've read a few of them, and they sound extremely odd- some of them are like games; some of them are thinking puzzles; some of them belong in the category of 'ironic punishments'. But he seems rather pleased that the kids think they're cool (kids don't say cool any more. I checked with some kids), and that some of them even looked forward to them. Now, I have no axe to grind against Mr Booker personally, who I am sure is a model of integrity and professionalism, but I have an entire dwarfish army of axes, ready for sharpening when I hear that teachers should make kids do something groovy and edgy in detentions. Grind, grind, grind.

The reason I think this is pretty much the exact opposite of what kids should do in detentions is because of my initial argument: that detentions should deter. If you give a kid something useful to do, where he feels valued, empowered, and engaged, then isn't that a reward rather than a punishment? While I applaud Mr Booker's ingenuity (and I really do; I admire any professional who reflects upon education in a meaningful way) I can't emphasise enough how wrong this all is. The point is that you want kids to not want to come to detentions. Their purpose, in a way, is to annihilate the reason for their own existence. They're the kamikaze pilots of education.

The second reason I don't agree is that new teachers (especially) are paralysed with enough guilt already: are my lessons engaging enough? Have I differentiated for everyone, including the ones that aren't there? Have I nurtured their human rights? Have we played Ker-Plunk! enough? Did I recognise their voice? They don't need another reason to feel like failures: are my detentions engaging enough? Give me strength- at least enough to brain myself with a frying pan so that I can wake up and hope it was all a dream. At the end of the day, when the kids who have told you how rubbish your lesson was, or who bleated and wailed at the injustice of having to work, return to your cave, the last thing you need to lose a bead of sweat over is devising an ironic, cryptic and delicious punishment...that isn't actually a punishment.

There's nothing evil about it. We're on the side of the angels. And tough love is still love.
Email Post
Labels: Detentions NQT punishment sanctions