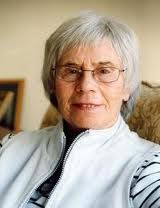 Most of the time it's very easy to dwell on the flaws in the education system- and oh my deary, but it's a compelling place to dwell. But it would be mean minded, and evident of profound self-loathing, if we didn't occasionally recall (I nearly said 'touch base' there, and then I would have had to ritually purify myself) why we endure the flack, the angst and the frustration. I had two experiences in the last 24 hours that gave me what alcoholics would call 'a moment of clarity'.

First of all: yesterday I and two of my finest A-level students attended a seminar organised by the Lessons from Auschwitz project, in preparation for a day-visit to the death camp of Auschwitz- Birkenau in Poland(and I do mean a day visit; leave at 5am, back by midnight. The Scarlet Pimpernel spends more time when he comes to town). At four hours, it promised to be a difficult, if entirely necessary experience. Afterwards, I felt I would have paid to attend. The reason was the electric, softly dramatic presence of Kitty Hart-Moxon, a Polish/ English survivor of World War Two's most infamous human abattoir. What an incredible woman.

What amazed me was how animated, how alive she looked, for a woman in her eighties. She spoke for an hour like a machine gun, well practised after decades of recital. But her testimony was vital, intense, detailed and personal. She said, 'Many people just think of Auschwitz as somewhere that people died; but it was also somewhere people lived.' And live she did- two years in a camp that held 100,000 people; so many that she said she survived because she knew how to 'hide'. To be where the killers were not- and the most immediate danger there was, she said, was not the guards, but the fellow inmates, the privileged, the favoured prisoners who could have you killed. Those, she learned to avoid. The average prisoner lived three months; they couldn't bear the awful reality of the cold, the starvation, the worthlessness of human life. But Kitty, like others endured; and the more she did, she said, the more she wanted to keep surviving, because she had come so far.

She talked about the peculiar hierarchy that existed in the prisoners- with German criminals at the top, political prisoners, then other nationalities, then Jews and so on and so on, in a similar way that hierarchies exist within any prison. The inmates segregated themselves into racial and ethnic groups, for communicative as much as survival reasons, reminding me of Hobbes' comment that all men, being rational and self-interested, will flee the state of nature, and create a civil society, the Social Contract, in order to advance self-interest through mutual cooperation.

Religion, she said, was a chimeric motivation: some looked at the endless squalor and the bottomless degradation and said, 'Where is God?' Others woke up every morning thanking God for sparing them another night. There was no universal reaction, no flight into disappointed atheism or soothing theism. The spiritual experience was relative to the beholder.

Kitty herself survived on the possessions of the dead; shocking to the comfortable contemporary sensibility, but a savage necessity in a world of endless competition and brutality; the alternative was to try to jump onto the hierarchy and make a position for yourself with the collaborators and the capos. She told a string of horror stories, each one more appalling than the most childish of slasher porn films that infect mainstream cinema, because they were true: the time her mother hid her under a corpse in order to avoid an inspection that would have killed her for having Typhus; or when she watched her friends being executed, and she was ordered to load their bodies on to a van; or when she and her family were told they would be shot in the morning (with the accompanying night of terror and awful cognizance preceded it), lined up, only to find that when the guards fired, they were pretending, and they weren't to be killed then. And so the stories went on.

Just as touching was the Q&A afterwards; it was humbling to think of a question, any question you might have ever wondered about Auschwitz- did the guards associate in any way with the prisoners?- and to hear the answer given by a first hand account, with detail, emotional context and utter sincerity. It was utterly authentic, and liberated the story of Auschwitz from the well-meaning pages of an infinite series of books or documentaries. Mesmerising. 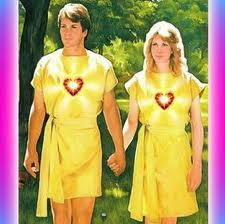 ence was another special guest, one I had invited into my school; Ian Haworth of the Cult Information Centre came to speak to my sixth form. Ian had been involved- and escaped- from a Canadian Cult years ago, and devoted his time to teaching about the dangers and methods of, and countermeasures against cults in the UK and internationally. Like Kitty, his familiarity and prominence in the field was an honour to behold.

He spoke confidently and authoritatively about a subject which is increasing in prominence because of the very public movements of Scientology in the UK. Not that I'm making a connection between Scientology and cults, because as Ian pointed out, they have a penchant for suing people that make that claim, and even my humble blog might fall under their omni-computer or something, endlessly trawling Google for defamatory comments.

So I am in no way saying that the Church of Scientology is in any way associated with quack science, pseudo religion, cults of personality revolving around a quasi-mystical semi-divine leader who has found 'the answer;, and which doesn't like being scrutinised, criticised, probed too deeply as to its aims and core beliefs, and requires substantial cash payments to progress through the hierarchy. Oh, or that it likes to segregate members from their non-Church family members. I'm just concerned, that's all.

Like I say, he was fascinating, and I recommend anyone who is interested to get in touch with him and the CIC here, because it's very worthwhile. And I thought to myself- for there was no one else with whom to do so- how lucky we are sometimes, to be in this kind of job; where you can go from one once-in-a-lifetime experience, to another. There aren't many jobs where variety, challenge and inspiration are- or can be- integral parts of the professional experience. This job's a blast.

I'll get back to the snide, cheap shots at Michael Gove and his ilk soon.
Email Post
Labels: Auschwitz Cult Information Centre Cults Ian Haworth Kitty Hart-Moxon Reasons to be a teacher Scientology