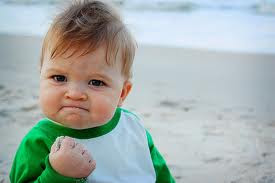 Sir Alan Steer has been poking his oar in again. From the genius that brought us gems like "Only 2% of UK schools have unsatisfactory behaviour" and "behaviour is no worse than it's ever been" comes a new report: 'Excluded teenagers who receive a minimal amount of home tuition are falling into a life of crime and drugs'. Who would have thought? This just in: Fire Is Hot.

Now Surallun seems like a very nice man indeed; I warm to him; I embrace his beardy jowls. But I suspect that if you were to unscrew his skull cap, fill the brain cavity with hard sweets, and somehow mount his lower mandible onto a spring mechanism, you would have a reasonable impression of a Pez Dispenser. Tony Blair's Behaviour Tsar (I had to settle for Guru. It's like a number plate: you have to put your name down on a list, and hope you don't get 'Behaviour Monkey' or 'Behaviour Fairy') has told a cross-party commons committee that children that get themselves turned out of schools often end up as bad lads, hanging round bus shelters and mocking authority.

I imagine the Committee must have fallen off their sedan chairs when they heard that: badly behaved kids often end up badly behaved adults? But Mr Steer! Surely it's the well behaved, high-achieving students that fill our high-security prisons? It's not? Then the world has gone mad! Once they composed themselves I'm sure they thanked Surallun and asked him if he'd mind closing the door on his way out. Seriously; who gets paid for these kind of homilies and home-truths? Who pays for them? Oh yes, us, cheers.
"We have children who are out of school who are receiving as little as an hour a week of home tuition, week after week, month after month," he says. Oh, the horror, the horror. As a teacher who is regularly asked to coordinate or provide work for pupils on temporary exclusions, I can happily report that the return rate of work provided hovers somewhere around the 1% mark. Obviously schools rightly have a legal obligation to provide work for pupils on fixed term exclusions, as part of their national entitlement to free and compulsory education (and we can get ourselves in hot water if we don't provide it).

If only there were some way, Surallun, of these children receiving proper tuition in a wide range of subjects, in custom built premises where they were surrounded by curriculum experts, given free materials, support, and a structured diet of mental and physical challenges that eventually led to qualifications and valuable life experience.

Oh wait, they already do. It's called school. These children put themselves outside of the mainstream community. As a society, we burn a healthy proportion of our GDP on education, and quite right too. The twentieth century saw a progressive increase in the age, gender and curriculum entitlement available to children in the UK, which you can add to Human Rights and the Enlightenment as pillars of Human Civilisation and progress. We try to get as many children into schools as possible for a huge number of reasons. And we mustn't pretend that they're all about the beautiful flower that is the child:

And so on. It's better to be explicit about our assumptions of the aims of education, rather than pretending that it's all about growing beautiful seeds into fabulous butterflies, or something, and let's hold hands and cry while we talk about how much we love sunrises.

Steer's comments, while being pleasingly tautological, offer us an insight into the apparent helplessness of our school systems to deal with wide-scale misbehaviour.

It isn't their fault- it's ours. Somewhere along the line, we have blurred the definition of responsibility. These children are now the helpless passengers of the school bus, driven to destinies over which they have no influence.

I'm sorry, I must have m 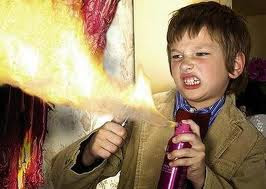 issed the memo. I teach a lot of Philosophy, which makes me pretty rubbish at most things that involve plugs and building anything useful, but I do know this: moral responsibility assumes the existence of Free Will. If you want to be a Hard Determinist, and speculate that there's no such thing as Free Will, then fine- good luck to you. But the society you envisage as a result of such a conclusion is very different to the way we normally view the human condition. At some point we have to accept that people are responsible for their actions. Children above 11 can be treated as criminally responsible; my pre-teen nieces know the difference between right and wrong. By the time they get to secondary school, their actions are their responsibility. Poverty isn't a necessary condition for anti-social behaviour. Children are responsible for their own behaviour, certainly by secondary. Teachers and schools are responsible for how we react to that behaviour.

All children should be included in mainstream education. Oh you bloody think so? This kind of thinking makes Astrology look credible. The initial aims of this policy were admirable; to make sure that children with disabilities (and I mean proper disabilities, not just 'gets a bit angry if he can't spit on you') weren't marginalised simply on the basis of physical impediments. I might add here that, for instance, provision for blind children in any kind of education wasn't made compulsory until ten years after it was made so for the able-sighted.

But this has evolved in the laboratories of simple-minded educationalist panjandrums to include all children, at any point on the behaviour spectrum, whether their 'need' is behavioural, emotional, social, or any other definition of 'disadvantaged'. Suddenly, somehow, children who exhibit extreme-spectrum behaviour aren't rude or aggressive any more- no, they have 'Emotional and Social Behavioural Disorders'. Pupils who kick off and swear are sent to 'anger management' classes, as if their behaviour was somehow removed from them as people, in much the same way as people with enormous beer guts sometimes pat them disapprovingly and say, 'I'll need to get rid of this,' as if it was something that had been sewn onto them without their knowledge.

Keeping really badly behaved kids in school has been a disaster for children for a generation now. It was the first thing I noticed the very minute I stepped back into classrooms after a twenty year absence, and my opinion hasn't changed. Which ties into...

The needs of the one outweigh the needs of the many. I have yet to discover a philosopher or educationalist who wouldn't die of shame if they were to try to justify this, but that's exactly what we do. We pretend that the child who brings violence or interminable rudeness into the classroom somehow has needs that must be serviced, even at the clear expense of the vast majority of the room. How many lessons are tied up, ruined and abandoned because some charmless oaf has decided to throw her toys out the pram? New teachers are particularly prone to this kind of attack on the classroom, because they haven't yet realised that the rules are no longer in their favour. The child has needs, to be sure: they need to shut the hell up and learn.
It should be as hard as possible to remove a child from school. And it is, it is. Not only do Government guidelines clearly express that schools should exclude permanently as rarely as possible, but schools with high levels of exclusion are judged as having unsatisfactory behaviour by OfSTED. So unsurprisingly, the vast majority of schools have resorted to the easiest way to turn down the dial: they exclude less. Which has the same logic as observing that a society with lots of people in prison must have high levels of crime; ergo, put less people in prison. Problem solved! Except it isn't. The causal relationship runs backwards in this uniquely backwards way of solving the problem. Or to put it another way: every time I go the doctor there's something wrong with me- so don't go to the doctor! Boom boom!

Keep them in! Let schools become a prison for all. As you might guess, I support streaming, because it allows children to be taught at a level appropriate to their ability. Mainstream comprehensive education is a noble aim, but we mustn't be blinkered by orthodoxy to place it beyond scrutiny or critique: it sought to overcome the obvious class divisions of the Tripartite system of grammar, technical and mainstream schools, but it incurred another problem; how do you pitch a lesson to a class of very mixed ability? Oh, there are ways, to be sure, but it's an enormous challenge to the working teacher, lesson after lesson. Almost inevitably, the middle ability gets catered for far more than the extreme spectrum children, which is why we have SEN and G&T inelegantly stapled on to lesson planning.

Incidentally, I have a solution to this mess; I'm not a doom-sayer ('Doom! Doom, I say!'). Bring back the Special Schools in an enormous program that creates meaningful, professional environments where children with genuine special educational needs (as opposed to a wheat intolerance) are catered for with a student/teacher ratio that actually makes a difference. You see, I'm not one of those that just wants the difficult kids slung out on the streets- I actually want them to land somewhere that will look after them with a combination of tough love and concerned structure and discipline. Mainstream classes are not the right environment for a minority of the children we 'teach'; teachers don't have the time, and the other kids can't afford the disruption to their lives and educations.

If Alan Steer really wanted to make a helpful suggestion, he could abandon the well-meant but hopelessly undermining attitude that behaviour isn't really so bad, and that kids will behave well if the lessons are more interesting, and instead tackle the main causes of the behaviour crisis in schools: inclusion, inclusion, and...oh yes. Inclusion.
Email Post
Labels: Alan Steer behaviour comment humour Inclusion satire