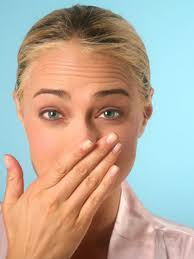 I was hugging myself with glee to read this article in the TES this week: Sydenham High School, where parents drop £12K a year to have their girls turned, out have introduced scented oils with the 'pungent aromas of lavender, grapefruit and mint' into their classrooms. Which sounds very lovely, actually. Nothing wrong with making your class smell of something other than Lynx, desperation and paper mould.

At this point, the article bicycles off the cliff of 'fair enough' into the abyss of 'you're kidding me on, right?' The school claims it has adopted these oils in order to 'aid students' recall of key facts in exams'. Let me check that I'm on the right page: having a nice smell in the classroom will help students remember things? I'm not saying that a nicer, more pleasant classroom doesn't have a general beneficial influence on how people feel- and it's fairly uncontroversial to claim that people will enjoy lessons more if the room doesn't stink of tummy gas and KFC boxes.

But that's not the claim being made here, which is something delightfully specific: that performance can be measurably improved by the use of what appears to be Body Shop Bath Bombs. And what a wonderful world that would be, ladies and gentlemen; forget complicated strategies to raise attainment in students via well trained professional teachers, improving social welfare and tackling other deeply unsexy civic fractures- we can massage their memory cortexes by teaching them through their noses.

Says who? Anthony Padgett, the owner of Memory Oils, who claims that a handkerchief soaked in grapefruit oil helped his dyslexic daughter through her exams. "She was predicted Bs and Cs in her GCSEs," he said. "But she came out with A*, As and Bs. She puts it down to the oils." Great Krypton! A pupil who was predicted Bs and Cs ends up with, er...Bs, and better. Did you have a magic lamp with a genie?

That could never happen under the laws of physics as we know it- a pupil exceeding their predicted grades! Have you ever heard of such a thing? That would suggest that grade predictions aren't some kind of immutable engine of predestination that can only be thwarted in some nightmarish dream.

I wonder how Mr Padgett established beyond clinical refutation that his daughter carrying around a smelly handkerchief in class (I imagine she was popular- 'that weird kid with the handkerchief that smelled like a fruit basket') was the significant factor in her impressive performance. That's the problem with anecdotal claims about specific outcomes; unless proper, controlled procedures have been put in place to test any hypothesis to exhaustion, any reliance on an unrepresentative sample is doomed to pointlessness. In other words, I might have worn my lucky pants to the interview, but it doesn't explain why I got the job.

Stories like these are adorable; and then they're just depressing, because it indicates at least two

2. Lazy thinking: if the people responsible for educating our youth are satisfied with the mushy-minded candy floss non-thinking required to support these kind of non-scientific claims to efficacy, then God help the kids, because they'll be raised by people without an atom of discernment between clear, structured thinking, and accepting any old rot that appeals to their poet's souls.

I repeat my earlier assertion: I'm all for classrooms that smell nice. Give me your petition and I'll sign it. But to claim that it has a measurable effect, and roll out a few dubious papers of dodgy provenance to support it, is huckstering of the foulest order. Education has enough on its plate, without spoon benders and fortune tellers pimping out their simple minded voodoo on gullible, unsuspecting children. Sydenham should hang their heads in shame, or admit they like it because it 'just smells nice'.

I'll leave the penultimate word with Steve Garnett, quoted as the author of...well, some more spoon bending hokum; he suggests the following moonshine:

I suggest one more: reduce intelligence- bullshit. I wonder if I can flog that on my website too?

Hands off education, Witch Doctors, and get back to the Dark Ages. We're on to you.