Teachers 'caused the riots', and failing an Ofsted is good for you- It's Odd Box

Proof, if any was needed, that apes will soon overtake us in the race towards world dominance, comes today in the form of two headlines, each of which are so odd as to suggest that the people who write for the MiniTrue are daring each other to come up with the most spectacularly bizarre assertions. That, or the Gods of Olympus now actively play with us, for sport.

Where do I start with this? It's like mugging a Womble, I almost feel bad. (No I don't.) I read this twice in case the first time I was having a fit or coming down from a mescalin enema. Yet another report on last year's riot; cometh the report, cometh the righteous finger pointing. Every time I read these things I just think, 'Nah mate, bollocks; get a job' (I'm printing T-shirts that say just that, and selling them outside TED conferences). Seriously, what on earth would these people do if they weren't churning out rainforests of rot? Get. A Job. And f*ck off and stop telling me how to do mine.

Apparently schools have a key role to play in preventing further riots. You heard me. Yes, I'll just revise my curriculum to include a unit on 'How Not To Riot'. Which means I'll have to TAKE OUT the unit I already teach on 'How to Riot'. Honestly, make your minds up, lads. Do they seriously think that we don't do enough of this stuff already? That in schools the message is in any way ambiguous about whether it is socially acceptable to spanner old ladies and torch furniture warehouses? Boy, I'd love to see those assemblies.

Apart from the infantile, reductionist approach to human behaviour that the report endorses and assumes, it also commits the ultimate sin of neuroscientism or behavioural voodoo- it assumes that a person is nothing more than the product of their biochemistry, neurochemistry, genetics and background; seed and soil, it would seem, are Kismet. Which is odd, because I teach a whole heap of children who are poor, a bit bored, and would quite like to be rich who DON'T pan in Comet windows or boost tourists' MP3s. What on earth could explain such aberrant, altruistic behaviour?

Could it be that people have a choice? That 'not having a youth club to go to' isn't a sufficient excuse to riot? That 'not having enough support' is neither a necessary nor a sufficient condition of being a thug? I am dazzled by these people who claim that criminality is too simple an explanation for large scale disorder, and then provide such moronic explanations. Have they forgotten that human nature is often competitive, materialistic, opportunistic and selfish? That societies were invented as a mechanism through which cooperation could be encouraged, but that beneath that veneer man's animal nature still beat a hungry tattoo?

Their school solution is true comic genius: we need to build student's character. Now this is like shooting fish in a barrel, but here goes: what character would you like them to have? By whose standards? How would we assess such a thing? What rate of progress would you like? How would we personalise such programmes? Would they learn best in groups or independent enquiry projects? How would they be assessed? No? No idea at all? Then DO f*ck off. You have no idea what you're talking about. Fortunately I do, and so do millions of teachers.

We put up with this kind of well-meant but tiresome chatter all the time; worse, it often comes from people who actually possess some kind of influence over us. I wonder if any of the authors were affected directly by the riots? I wonder if they have ever been mugged? Burgled? Actually personally involved with working with people who are capable of such things? I have, and I am. You have no idea of the bottomless capacity of the human spirit to plumb depths of selfishness, as well as heights of transcendence, unless you do. And you have no business speaking about something of which you have no idea.

Building character is a fine aim for a school; but our primary job is to teach. Perhaps you noticed? It's in my contract. Building character is incidental to my role; I aim for it indirectly by providing a good example of behaviour and conduct. But it cannot be taught directly. I presume you don't like brain washing? How many more or less rioters would be produced by a few assemblies or units on 'not rioting'?  The more that such moronisms are loaded upon us, the more we look up to the Mountain Top and think, 'Let My People Go.' As I've said before, the people with the easy answers to the problems of society see themselves as Moses; but really, they're Pharaoh.

Or, if all they want is for schools to produce yet another document that describes how this is taught, we see just another tier of tiresome paperwork, and a job for someone to do three weeks before Ofsted.

My favourite bit is the idea that schools that failed to produce a satisfactory level of character building would be penalised financially. See, now you've just crossed a line, bub. You want to penalise schools for not doing what they could never be assessed for? You uncivil, officious little turds. Get. A. Job. 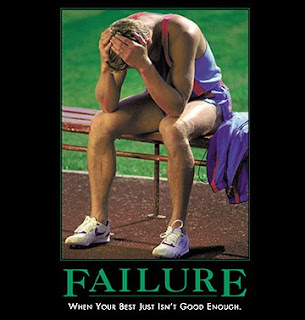 2. Schools that fail Ofsteds 'do better'

Isn't that marvellous? It seems that all the pain, the stress and middle-management pill popping has a purpose after all, as a spur to greater heights. Er, well, 10% higher grades next year round. How many of them from BTEC magic bean equivalents? Soft subjects? Selective entry? Answers, there are none. And 10%, I mean....it's not exactly Rocky II, is it?

So now we see the true purpose of Ofsted; not as a barometer, or even a dipstick of pedagogic standards, but a huge, bureaucratic clusterfuck game of Buckaroo!, using teachers instead of curious plastic bridles and buckets. 'All Buckaroo! horses that shed their burdens, gained pieces 10% faster than those that did not,' the report said.

Sometimes if it wasn't the absolute certainty I possessed that one day our nearest star will consume us in the brilliant riot of a Supernova, I would despair.

Anyone got any more bright ideas? I can do this ALL DAY.
Email Post
Labels: OfSTED riots