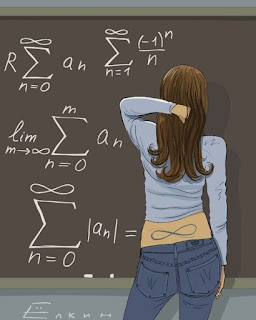 This article from the BBC website caught my breakfast eye today. Professor Pratt (that's ENOUGH at the back. Any more and you'll see me at the end), a lecturer at the IoE has made the claim that maths is taught backwards- that, much like learning a language, users should learn by doing, before learning the rules.


"The problem with maths is that it is taught in way that is disconnected from the children.
"They don't see how it is relevant to their lives. It is presented only through abstract concepts, rather than in terms of experiences."

Which sounds jolly reasonable. I was ace at maths at school- a real test-busting kiss-ass. And to this day I still have no idea what differential calculus is actually for. The mysteries of SOH CAH TOA are as opaque and as inscrutable today as they ever were. Like SIRI, Apple's inexplicable attempt to corner the market in devices that say, 'Sorry: I don't understand,' to people, it makes sounds, but without comprehension.

The problem is, though....even when I was at school (Scotland, eighties) we used practical examples ALL THE TIME. If we weren't trying to work out the compound interest of bank loans, or the average speed required for a lorry to get from Brighton to Beirut, stopping off at the Westfield Wagamama's (and spending twenty five minutes there) before tea time, then we weren't doing much else.

But that would appear to be arithmetic. And even Plato observed that 'a slave knows that half of a circle is a semi-circle.' There is a basic level of geometry and arithmetic that speaks to us on a very emprirical level, demonstrably true by reference to experience.

But beyond that there is a level, incrementally more dense, like the atmosphere of a gas giant, where we leave the realms of the easily demonstrable, and enter territories more a priori and strange. And this is partly where maths cannot, I think, be taught in such a sensually intuitive way. It becomes an abstract plane, where the ability to manipulate data becomes easily removed from understanding the language of that data. In fact, the rationalist philosophers thought that maths was the very ideal a priori knowledge, known prior to experience and using reason alone. Language never enters these kind of surreal levels of impenetrability, until you find yourself trying to work out what Mick Jagger or Eric Cantona is saying.

'He added that the approach was not the same as old-fashioned mathematical "problems" which were often contrived and irrelevant to children's real life experiences.'


Oh really? So tell us what brave new world of practical, real world dilemmas will seize and engage the young mind....

'For example, decisions on where to build a village bypass or how to advise someone on medical treatment have a mathematical element'


YOU HEARD ME RIGHT I WOULD NOT MAKE THIS SHIT UP. Learn maths by working out where to build the village bypass. Yeas, that's much better than working out compound interest on a mortgage. You can just IMAGINE their little HEARTS LIGHTING UP LIKE A PINBALL SCOREBOARD WHEN THEY HEAR THAT PIECE OF GHETTO.

But best of all- BEST of all, and I have been saving this until the end, is the idea that....

'He suggested that older pupils might be asked to approach questions with moral dimensions through mathematics.
For example, decisions on where to build a village bypass or how to advise someone on medical treatment have a mathematical element - but ethical considerations and social costs that are harder to quantify also play a part'

Can you hear that sound? That's the collective sigh as maths education finally breathes its last gasp, realising that intelligent people who are listened to consider that maths and ethics are somehow two subjects that should be taught together. I felt the same way when, as an RE/ Philosophy teacher, I used to be required to show how I was conveying numeracy to my children (thanks Numeracy strategy. Now F*ck Off), and I was left scratching my head and asking, 'Why?' before feebly mumbling something about tithes and zakah. I used to mock this idea, saying that I would justify my numeracy approach in Philosophy, the day they asked maths teachers to teach ethics and metaphysics. 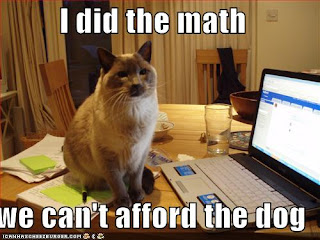 And here, we are; the day has arrived, justifying the endlessly verifiable quote from George Orwell that there are some things so stupid, it takes an academic to say them.

And these are the people telling us how we should teach? Give me strength. This is an idea that no classroom teacher could have thought up, or would have felt comfortable even bringing up in a department meeting, let alone take to the governors. Yet another pot pourri of naivety, wishful thinking and irrelevance, that would be funny were it not for the fact that some of it gets through and hits us, like a blunderbuss filled with birdshit, right in our faces. And on the kids, which is worse.