What can we learn from the Kryptonian Education System? 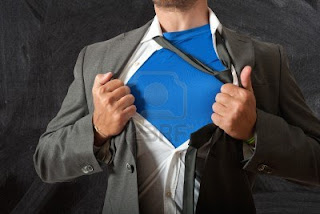 Never mind the Union Christmas Lists, the earthquakes in education, Free Schools, and the whole damn circus. What I want to know is: how smart is Superman? And how did he get like that?

Forget all the epistemological argy bargy of cognitive psychologists, handbagging each other with different definitions of intelligence, IQ, Multiple Intelligences and such; in Superman's Universe we have a handy 1-12 scale, which must make comparative assessments over time a doddle. Here's how it goes:

This means Brainiac, Sam Freedman, etc. But did you get that last bit? Brainy people are ticking time bombs, so get your G&T coordinator working at the same desk as your social worker and save yourself some time. Unfortunately this scale isn't much use for schools because....

Ah. Not so useful. Kind of takes the fun out of common assessments. 'Well done, kids, everyone's a level 6. Again.' Superman comes in at Level 8, which means presumably that by the end of Key Stage 4 he'd be expected to get at least an A* in English Language. Funnily enough, level 8 is also where many of our Year 7 kids are coming in from their feeder schools, but when we test them three months later they all seem to drop down about three levels and we get clobbered by Ofsted for value added. Must be that 'dip' thing I hear about.

(Incidentally, for a beautiful discussion on how Superman's super-intellect works, go here, where serious and literate people take time and effort to consider such things.) 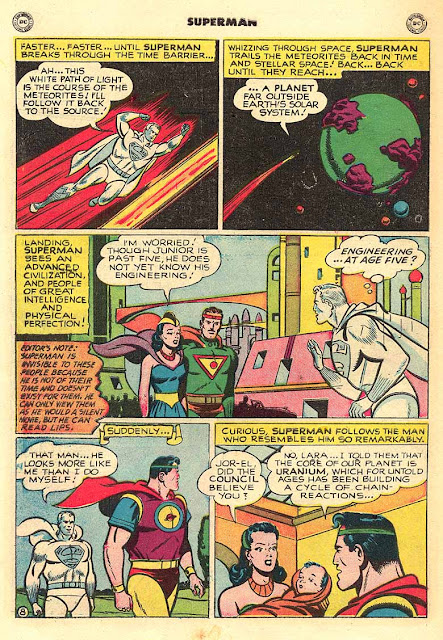 Superman of course isn't a product of just any old education system, not even Finland. He's the Last Son of Krypton, where even the year 1s are hothoused to little Einsteins. Junior doesn't get engineering at age five? Get Junior into a nurture group quick.

'Kryptonians, though otherwise completely human, were superior both intellectually and physically to natives of Earth'

So, somewhat of a head start. Kids from Krypton could enjoy further advantages, the likes of which are rarely seen outside of Eton or Wellington College. For example.....

'According to Superman #53, Krypton's inhabitants were humans of high intelligence and magnificent physical perfection.....a super-scientific, intelligent people, and as a great people physically perfect and of immense intelligence and science. On the Planet Krypton, explains Action Comics #233 (1956), even three-year-olds could solve complex mathematical equations.'

'In Kryptonian schools, lessons were taught with the aid of sophisticated telepathy helmets which enabled teachers to transmit knowledge to their pupils telepathically at phenomenal speed. The treatment of psychological problems was facilitated by an ingenious mind reading device......thanks to the pioneering work of scientist Lon Gorg, whose supra-psyche treatments successfully transformed morons into geniuses.'

How else was the super-mind taught? Well, by a super teacher of course: in the joyous 'The Super Teacher from Krypton' (Adventure Comics #240 Sept. 1957) we meet...well, Super Teacher, built by Superman's Dad so that even light years away from his dead parents, he can still be nagged into doing his homework: 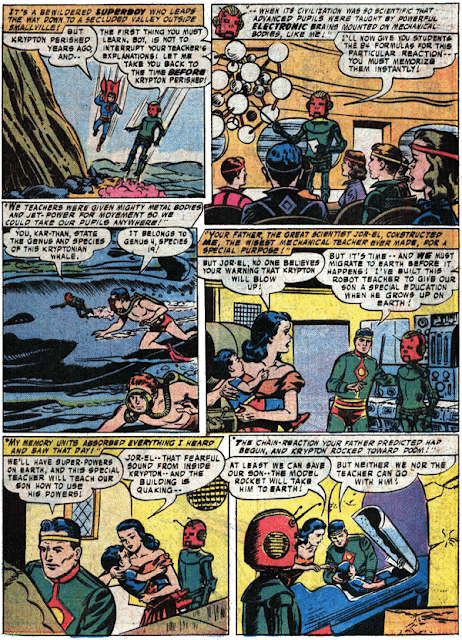 There are union issues with untrained non humans delivering lessons here that I'll skirt over, let alone health and safety. But I like his style: 'Memorise this instantly' 'Shut the f*ck up' etc. I suppose Jor-El was just concerned that his precious son's eighth level intellect might not be best served by the Hick provision of Smallville High, something that many middle class parents are concerned about when they move to rural areas. Maybe they should build a robot.

This also reminds us of Richard Donner's version of Superman: the Movie in 1978, when we had a clear view of how baby Kal-el's school days went. Trapped in the crystal life raft from the doomed planet Krypton for four years, his Dad (yes, him again) provided the ultimate in in-car-entertainment: school, on an endless tape loop for YEARS AND YEARS. Christ, think of that, morning, noon and night. 'The fruit fly is of the genus Drosophilia Melanogaster......the boiling point of sodium is 1690 Kelvin......blah blah blah.' It's a wonder that Superbaby didn't put his bloody foot through the escape hatch and bail out over Saturn. Jor-El was clearly a fan of direct instruction, which at least, according to Hattie, has an effect size of 0.82. John Dewey and progressive education had obviously not reached Krypton, but then they were a race of intellectual supermen and women, and maybe there's some connection between these facts.

As with every educational tourist, from New York State to Hong Kong, we have to answer the question of 'what can we learn from the Kryptonian Education System'? I propose the following:

1. Thought transmitters to be installed in every classroom as a basic right for everyone, not just for independent schools with supportive affluent parents that score highly on the BBC 'How class obsessed are you?' test
2. Every child to be graded as having a level 6 intelligence, immediately, increasing by no less than 2/3 of a level each year in exact increments, automatically, unless higher progress is indicated, in which case we'll make something else up and all clap ourselves on the back for doing such a great job.
3. Create a new post of Super Teacher, encouraging high performance practitioners to remain in the classroom (or indeed hovering high above it) instead of seeking promotion into management. Teach Firsters to be part of the Wave One cohort. Advertising to match this.
4. Design a curriculum where understanding and comprehension is predicated on the belief that knowledge in context is the basis of all intellectual improvement.

I know, that last one is crazy, right? Looks like we're still waiting for Superman.