Notes on a scandal: Giving up on students 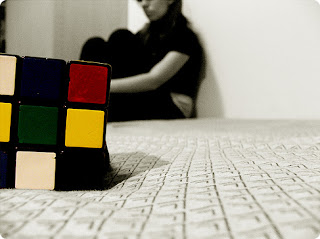 One of the most rewarding things I do outside of teaching is acting as resident Agony Uncle on the TES website's Behaviour Forum. I, and many other teachers do what teachers do best: offer free advice and perspective to those wading through a river of chains. Occasionally a correspondent raises a problem and I think, 'Christ, have we sunk so low?' Most of the problems to which I respond are fairly straightforward; but a large percentage involve teachers being placed in unnecessarily difficult situations by school management systems that seem designed to encourage poor behaviour, and in this case, give up on the kids. Here's a summary of what someone said recently:

'I feel embarrassed posting this, as I'm an experienced teacher who would normally feel  that my behaviour management was pretty good - but I am at my wits end with a Y11 class (bottom set).

...Only about 5 out of 28 would do anything they were set.  They were just about polite enough that when I insisted they face the front and listen so that I could talk through brief powerpoint, explain the objective and set the work they did so without interruption.  This was hard work.

One pupil told me 'We are leaving school in 4 weeks - and no one cares if we do this' to which most agreed, despite me telling them strongly, 'Yeah?  Well I care!'
Very few did anything more than a couple of sentences of half assed effort.  2 or 3 did nothing. I have this class 4 times a week.'


So far, so normal. I get this email a dozen times a week. It's awful that this is repeated so often in classes up and down the country, but that's another issue. No, this is the bad bit: he carries on-


'I feel really pathetic writing this - I have spoken to [the] HOD - who tells me, 'Oh no one expects them to do anything'.  SMT have told me I cannot [my emphasis] phone home, that I can issue detentions 'but they won't come' and that 'well...they are leaving soon...it's very difficult to get them to do anything'.

As there does not appear to be any consequences for their behaviour they will quite happily just sit and chat through every lesson, but I am obviously not happy about this....I'm just highly frustrated and pissed off that no one will back me up and that the class won't do as they are told.'


Once I'd pulled my head out of my keyboard this was my response:

You know, if more parents knew about this kind of attitude then there'd be an earthquake in the scandal rags. Can you believe that a school would just give up on its children like this? Sure, what they're saying makes perfect sense- but we're paid to do more than just baby sit them; we have to have high expectations from them every day up until the minute they leave. That's the job. If the school doesn't give a shizzle about these kids, it doesn't deserve to have any.

Your strategy has to be to insist upon full school support. Follow the behaviour policy to the letter, and expect/ demand the support. Remind line management what the policy is. The surest way to fail is by not trying in the first place. Have kids removed who fail to comply. If you can't motivate them in the short term you can at least present them with an immediate inconvenience (ie hassle from senior staff/ yourself etc) to the point where they consider it easy to work than not.

We're paid to believe in them even when they've given up. If we give up, God help us. 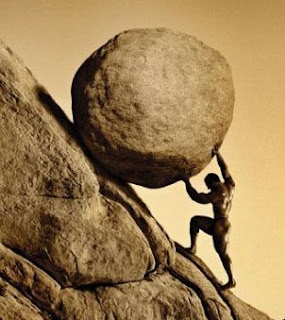 This is institutionalised thinking at its worst. The minute we cease to believe that we are responsible custodians of children's futures, and that we have the power and duty to do something about it, then we should quit the job on incapacity grounds, and let someone else look after them. Does a doctor give up on a patient because they probably won't make it? Does a fireman ignore an alarm because, well, there'll be more fires tomorrow, and you can't beat fire? This school might as well have said, 'We couldn't give a damn about these kids anymore. Damaged goods.' It's the same diabolic thinking that inspired a thousand 'Reaching for a C' programs, where schools ignored their consciences and treated one group of students (C/D borderline kids) as more important than the others (the safe bets and the no-hopers).

When I ran restaurants I had a door hostess called Suky who wasn't the sharpest blade in the drawer. One Saturday night an angry customer grabbed her and said, 'We've been waiting for an hour for a table!' Suky replied, with perfect sympathy and sincerity, 'I know! It's mobbed isn't it?' Maybe she went into education afterwards.

The next time a line manager tells you that nothing can be done, you might want to think about finding a department with a different line manager, possibly in a different school. We're paid just as much in April as we are in September. Our salary is the same whether we're launching year sevens into secondary or parachuting sixth formers into University. They need us every minute they live under our care. Of course for that to happen, we actually need to care, and vast number of teachers do, of course. Which is why it's so depressing to hear this kind of croaking.