Fury as Gove admits 'he likes teachers'. The speech to the NCTL 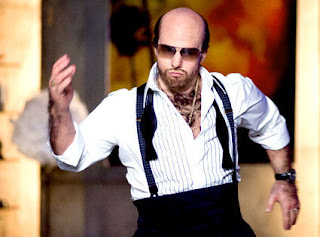 Well, here are some quotes nobody expected from Michael Gove:


'I’m a great fan of Andrew Old, whose brilliant blog Scenes from the Battleground provides one of the most insightful commentaries on the current and future curriculum that I’ve ever read; but I’m also an admirer of John Blake of Labour Teachers, who has transcended party politics to praise all schools which succeed for their pupils, even if they are academies or free schools…'


This is exactly how it must have played in the DfE last week:

'I also hugely enjoy the always provocative work of Tom Bennett, the Behaviour Guru, who champions teachers at every turn while challenging them to up their game.'


By which point this is me:


Next time I get stopped for driving drunk with my knees at the wheel on the M11 I'm pulling a Reese Wetherspoon, throwing a copy of this speech at the Feds and shouting 'Have you read THIS?'

Got home from a busy day releasing butterflies from children's hearts, to find that Michael Gove had mentioned my unworthy self and several others in his address to the National College of Teaching and Leadership. I'm not going to be cool and pretend it's anything other than plusgood because it wasn't so long ago that I was plugging into my first blog and wondering how you got anyone to read the damn things. The temptation to style it out with a casual shrug and play the demagogue is an itch that chafes my contrary nature.

I was asked if I thought it was a good thing, to be thought well by an an SoS, and I realised what a double-edged butter knife of Brutus recognition by the Alpha class can be. Some rakes suggested it was done with political purpose, and my weary inner inquisitor thought, 'What isn't?' Politics is a Hall of Mirrors, of appearance, semblance, and the semblance of semblance, regressing into infinity. And sometimes it's just appearance. Who knows? Speculation about the interior lives of others I'll leave to psychologists and other clairvoyants.

It was reassuring to see DJ Gove dropping shout-outs to voices from the Cursed Earth of education, like Daisy Christodolou, the anonymous Old Andrew (brilliantly referred to as Andrew Old: 'To you, Mr and Mrs Old, a son'), David Weston, Matthew Hunter and others. These people are in it for the love, plugging away, saying what they believe like John the Baptist without the locusts and honey (apart from Andrew). Not me. I get a pound for every word I write. I just gave Paul McCartney money for the meter.

I often hear that teachers are constantly battered as a profession. I think the reality isn't quite the match of the charge sheet; the principal culprits, if any, are a handful of journalists trying to plug into the Zeitgeist and blowing everyone's fuses for shits and giggles, hits and headlines. At the least (and here I lay myself open to accusations of playing the dupe) was a speech aimed at the back of the stalls and the upper circles. It was the equivalent of Justin Bieber lolloping out on to the stage of Wembley and shouting 'I love London' as Twitter creams and palpitates.

Some of the more social-collectively minded of the named elect will probably have some explaining to do at tomorrow's breakfast table ('So, WHAT do you call THIS then? Who have you been talking to on that social platform when we've been out campaigning for oppressed centaurs?'), but I have no figs to give. My house allegiances are long gone, like tears in the rain, Deckard. I've been called a bleeding heart and a bully, and it stopped meaning anything to me years ago. Faithful are the wounds of a friend, but the kisses of the enemy are deadly, goes the proverb. Worst dating advice ever.

The story the papers are running with is, of course, Gove's thoughts on the creation of a Royal College of Teaching- which needs a blog in itself, and not the vanity of a handful of bloggers. Appropriately enough, Gove says:

'The creation of a Royal College is not DfE policy - on the contrary, I’ve had nothing whatever to do with it - which is why it’s such a good idea. Now, I realise that any endorsement from me might blight its chances before it even gets off the ground'


Some of the teachers he names might feel the same. Maybe it is just a ploy to sweeten the profession. If he announces tomorrow that the Tech Bacc has a 'kids up chimneys' component, I could be convinced that we were being softened up for bad news.

I won't let this change me. Kids at school are the most effective humility bomb you'll ever encounter. I've just got over them finding out my book was called Behaviour Guru, which is like painting a target on my ass, and rightly so.