Got a half day out of school today, to attend....a school's conference. I know. I KNOW.

Because I AM ACTUALLY A TEACHER AND NOT SOME INTERESTED LOOKY-LURKER (which seems to be, in the main, from where the Masters of the Education Universe normally emerge) I had to teach this morning, then catch the flue network to the Hogwarts of the Methodist Central Hall, Westminster for a whole day of edu-chatter. None of this Wellington Festival of Education multiplayer, non linear, design-your-own-menu: it was a linear, mono-roomed affair, much like the rows and columns of my preferred teaching style. I think it set the tone for the rest of the day.

This was not a day for fluffy progressives and bunny-hugging lessons in happiness. This was the Spectator, damn your eyes, and the agenda was 50 Shades of Gove: Free Schools, How can we have more Free Schools, How should the Curriculum be redesigned; How Free Schools saved my life, etc. Gove must have walked in and thought, 'Oh! Have you all been reading my diary?'

Enjoyed my session: 'iEducate: Trends in Digital Learning.' Time operates with the physics of Narnia when you're at a podium. First up was Stephen Crowe, Senior Director of Cisco education, but he didn't sing the Thong Song once. Just stared at me. Then a man who was a joy to listen to: Professor Alan Mycroft. Not only is his surname Mycroft, but he's a professor of computing at Cambridge AND co-founder of The Raspberry Pi Foundation, which is currently killing it in the '$30 and under' section of the Argos PC catalogue. He joyfully stoked the stereotypes about the joyous, distracted, maladroit academic, even dropping the bloody thing as he waved it to the audience. He was my favorite speaker of the day, because he glowed with the singular aura of passion and intelligence married in one mad form. Brilliant. He even brought his pet in, in a Specsavers case.

I started off with a gag I thought of on the way in: nothing. I thought, 'Tough room.' But as every teacher knows, press on, persevere. The bastards, though. That would have killed 9M. 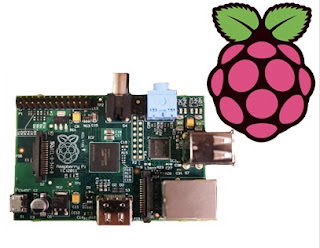 I spoke as best I could about the perils of digital over-integration in the classroom. It's a well worn saw for me, so I won't repeat myself, except to say that computer technology is neither a necessary nor a sufficient condition for great teaching. Give me a voice, maybe a pen, and a board, I'll give you a fantastic lesson. Given that no one in the room (or prior to 2007) enjoyed such a digitally enriched education, I'm guessing young minds are safe without tablets and virtual learning platforms. They're hoisted on schools by companies who profit by't, and there's no evidence they actually aid learning. And they're much more expensive than a marker pen and a good idea. IT can be great in lessons, but the primary question to be addressed should always be, 'Is this what I need to teach the children?' And the answer is almost always, 'No. I don't.'

I got a bit preacher at the end, but it seemed to go down well enough. Feedback was kind, at least.

Later on I had the pleasure of seeing Peter 'Groovy School' Hyman in action. I've blogged about his cool cat college proposal before. I have nothing against the man, and I wish his school nuttin' but love *fist bump* but he succumbs to what I consider some of the weaknesses of the progressive educational experiment- skill based learning, flipped classrooms, tea candles (might have made that last one up) etc. He spoke about...well, flipped classrooms, blended learning, and 21st century skills, and I thought, 'Gosh, what might they be like?' Because last time I looked we were 12% into the century, and the skills kids have needed for all 12 years of that have been...pretty much the same skills as ever. What next? Jobs that haven't been invented yet? God bless him.

Lunch was....well, it was a standing up lunch. You heard me. A STANDING UP LUNCH. A fine one, to be sure. I imagine that's how Ryan Air'll have us all dining soon as we fly to Zchszczrevovwz Airport. Then Sir Peter Lampl, Chairman of the Sutton Trust, took to the podium as we scarfed beef cobbler and compote of peryton. He started getting pelters from people whose main argument was, as far as I could see, 'Why are you only ploughing millions of pounds of private investment into helping SOME poor children? WHY DON'T YOU HELP THEM ALL YOU BASTARD?'

FFS. The poor guy. Fraser Nelson jumped in to rescue, who incidentally, should do voice-overs for film trailers, or recruitment campaigns for the army, or Sat-navs. Booming.

May I just say that it PAYS TO BE CAREFUL WHOM YOU TWEET ABOUT? I was dropping tweets like cheeky cluster bombs, going for gag rate rather than quality, when I mentioned how 'chillingly efficient' the staff in the room were, breezing about like prefects. Half an hour later....oh, yes, you're a sentence ahead, aren't you? THE HEAD OF THE STAFF TWEETED BACK. 'Thank you,' she said, 'If that was a compliment.' Dear God, I could feel the red laser dot on my temple.

Later on, I asked in the cloakroom if anyone had a spare delegate pack, to which she said, 'Yes, because you were nice about us,' and I remembered what every good leader or manager knows: don't piss off the help. They might look invisible (and sometimes, if they're good, they should be) but treat them like they are and they will have you, dressed like a wood pigeon. Plus, it got me a brochure.

So Gove delivered his speech. I would reiterate it here, but The Daily Telegraph did a much better job of it than I ever could, approximately 12 hours before he said it. Wow, if that's how badly our classified documents leak then I hope the Germans don't get any funny ideas again, because man, you could drive a Campaign Bus through our security. No wonder people keep leaving briefcases full of launch codes on park benches (or, if you're Ken Clarke, wrapped in a kebab and plunged into a litter bin). How on EARTH do you think that document could have found its way so quickly to a friendly outlet? Did a disgruntled fifth columnist in the janitor pool of Greycoat Street think, 'This'll teach them to ignore our struggle for GCSEs!' and risk livelihood and liberty to smuggle it out? Nobody knows, not even Fraser Nelson, columnist for the Daily Telegraph and editor of the Spectator. IT'S JUST ONE OF THEM MYSTERIES.

I resisted the temptation to ask him the questions that really matter to teachers, such as, 'How can you justify the disintegration of pay and conditions in academies?' and 'Have you ever gone full pelt with a tranny?' Although I did ask him, 'Which member of Sex and The City are you?' To which he replied without hesitation, 'Samantha,' which caused some upset in the New Statesmen corner, who prefer to describe him as more of a Miranda figure: career minded, misandric.

That may not have been an actual question.

Some rascals bailed after the Big Beast bounded out, but they missed a treat: Michelle Rhee, New York and Washington State school reformer (and focus of 'Waiting for Superman') had an hour; it was supposed to be an interview with, but she needed little prodding to get going. I know little of modern American educational history- a blind spot that needs serious attention- and I've since heard her described as everything from a right-wing-nut union scourge to the South Korean-Madonna-saviour of state education. But I'll say this: she filled a room. She had 'that which I would fain call master: authority,' to paraphrase the Bard of Stratford E20. Mesmerising.

And that was that.