Is it Christmas ALREADY? Have a few more pages of Teacher ON THE HOUSE. I'm cutting me own throat, guv.

I MAY have mentioned I have a book out. You can have a look at the first few pages HERE, but I thought it would be a gift that kept on giving if I were to shuck and jive your shekels by revealing a bit of ankle. So here's the first part of what I hope is a portable INSET- and unlike INSET, you can say 'I call bullshit on this' with confidence and magnificence rather than hiding it under a cough. And you can marinate yourself in Châteauneuf-du-Pape at the same time. Marvellous. 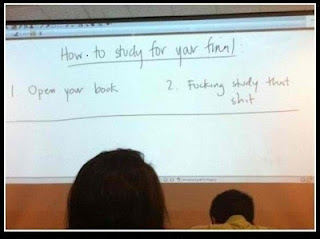 Chapter One- What does it mean to be a teacher?

Most people enter the teaching profession with only an intuitive understanding about what being a teacher actually is. This is understandable, but prone to pitfalls, because those tiny assumptions take root and grow into giant beanstalks throughout your career. Or worse, someone will tell you which seeds are the right ones, and if you’re not careful, you garden is full of…I don’t know, banana trees or something.

If you’re a teacher, you need to take a step back and ask some of the most basic questions about what it is that you actually do- and then assess if it’s what you think being a teacher is really about. So what is a teacher? It seems to me that we won’t get anywhere trying to be a better one if we don’t know what we mean by a teacher in the first place. If you don’t know where you’re going, then any road will take you there.

What is a teacher?

Possibility1: Someone who teaches.

Think you’re clever, eh? Not so fast. We’ve only shifted the question back a bit. What is teaching?

Possibility 2: Someone employed by a school to stand in a classroom and…you know, do the thing.

This definition at least has the benefit of being concrete and definable. You are a teacher if someone provides you with a pay cheque to teach. You turn up, make educational jazz hands, and at the end of the day you go home to a pile of marking. Children vaguely address you as Sir or Miss (or if you’re in a progressive hell-hole, ‘Jim’). The problem then is that you’ve also simply pushed the definition back a degree, onto the shoulders of the people who employ you. How do they know what teaching is? What if different schools have different ideas about what a teacher is? No good.

Perhaps a better, less abstract method is to ask, ‘What does a teacher seek to achieve?’ The obvious answer is to say ‘learning’. And then we ask, in full Socratic style, ‘What is learning?’ And if you thought things were vague before, we’re about to press Turbo. Learning is another impossibly thick concept, i.e. it contains so many possible concepts and meanings that it could almost- almost- point to anything.

When we lick a battery we learn something; when we memorise a list of bones, we learn something; the first time someone breaks your heart, we learn something[1]. But surely this is an impossibly broad range of learning activities? The focus of this book is on the idea of a teacher as a profession, not in the broadest sense. What do teachers teach in schools? This is where the majority of teachers operate.. there are also an enormous number of home tutors and educators, parents involved in home teaching, coaches, mentors and various role models. They all have something in common. So I’ll give you my answer about what a teacher is…


A teacher is a professional who educates.

Let me analyze this innocent phrase. By professional, I mean a lot; I mean that it isn’t just a job; it isn’t something you clock on, mess about for a few hours and clock off again. This is important; like it or not, you operate in a very precious space: other people’s lives. You are a small but important link on the enormous chains that comprise other people’s lives. It’s closer to a vocation than a job; it takes heart, passion, guts and steel, knowledge and wisdom. It’s far too important to not care about. There are certainly people who think it is a job; it’s a huge sector, and a huge number of people are required to staff it- about 1.2 million people in the UK alone put Teacher on the census. You can dream on if you think they’re all The Knights of the Round Table. There are turkeys in this job, just like there are turkeys everywhere.

What are the aims of education?

Let me answer this by, annoyingly, sticking my boot into the question itself, and seeing what shape remains. Education has no aims. Education is an abstract. People have aims. A better way to answer this question would be, then, to say, What are the aims of people who educate? This is much easier to answer, because we can simply make a historical survey of what humanity has done previously, and then make a judgement.

Of course this leads us to another problem: just because we can understand what the aims of people are, or have been in education, doesn’t answer the question of what the aims of education should be. That’s a moral question, and one very much dependent on our values and ethics. And it’s one we’ll explore later on. Perhaps you already have an answer in mind.

Some possible aims of education

1. To produce a work force that meets the need of society. Not a very sexy ambition, to be fair, but at least it benefits from the virtue of simplicity. Society needs plumbers, airline pilots, lawyers and carpenters- so we design schools that will meet those educational needs.

Of course, one drawback with this model is that it has a depressing emphasis on utility- what is needed, what is useful. So that’s philosophy, arts and sandpits right out the window. Of course, you could argue that there is a need in society for entertainment, and people to provide it, therefore people to write, dance, sing, and perform, but that’s a fairly mean perspective to justify the arts and humanities from. And it writes off enormous fields of human endeavour that we unaccountably, perhaps irrationally are quite proud of, like Mozart, Shakespeare, you know, all that rubbish.

2. To socialize people into the cultural values of society.

The problem is that this aim, like many fuzzy ideas that lack specificity, means so much that it starts to mean nothing. Is it the job of education to instil the values of society? Even if we accept this axiom, the next question is, which ones? Even in Amish villages we can find dispute and subtlety of value. And a further problem is that teachers are not neutral umpires in this process; if we see education as the process where we formally instil values into children, then we encounter the problem that the teacher might very well have values of his own. You don’t have to go very far to find points of disagreement between people, even people who broadly share many values. How is a Catholic teacher to act if he is expected to teach how to put on a condom? How is an atheist teacher to react to the suggestion that children in his classroom will be expected to hear a prayer, led by him, every morning?[2]

You can’t just teach them values, not overtly. Despite a succession of well meaning governments, who have all seen the school system as the answer to the problems of society, children remain resolutely defiant of being told what to value. Perhaps it has something to do with how they are brought up at home? Just a thought.[3]

3. To develop their emotional intelligence

This is a more modern aim, and usually involves pitfalls and conceptual man traps similar to those found in (2) above. Emotional intelligence is so popular these days, I fully expect it to start Twittering and over take Stephen Fry. But what does it even mean? I’ve looked extensively into it, and I can report back, happily, that the answer is- very little. How can emotions be intelligent? How can feelings be reasonable? And by whose judgement?

Besides which, even if emotional intelligence was actually something real (which it isn’t) the problem remains; how would we teach it? I don’t know much about you, but I have a degree in Philosophy with Politics, which gives me a reasonable claim to expertise in those fields. What do I know about helping children to get in touch with their emotions and hug their inner child? Answer: none. I’m not a psychologist. A little learning, in this case, is certainly a dangerous thing, and brave indeed is the man or woman who dares to try to formally play games with anyone’s noodles.

That’s nice, isn’t it? And it sounds good, until you consider that nobody is actually seriously suggesting that education should be about making people unhappy. If it does, then that’s incidental. Besides, the difficulty of actually trying to define happiness is so enormous, so Leviathan, that it’s almost pointless even trying, and certainly too conceptually abstract to develop anything like a teaching system that could be rolled out to millions of educational professionals. Another problem is that happiness means so many things to different people. Some people get their kicks from writing furious anonymous replies on educational blogs[4]; some people read Heat; some people collect stamps.

A further, even less appetizing idea that has crept into schools since the Every Child Matters initiative (of which more later) is the idea that teachers must actively try to make sure that students enjoy lessons. Again, while this sounds a perfectly innocent aim, it isn’t, because every time a student claims that they didn’t enjoy the lesson, the teacher is to be blamed. And as I’ll expand upon a little later, sometimes education just isn’t a blast. Sometimes it’s hard; sometimes it’s dry. Boo-hoo-hoo.

5. To develop their potential.

This is another idea that sounds lovely, mainly because it’s so vague that it can mean whatever you want it to mean. The idea that we should discover what a child enjoys, what he or she is talented at, and then encourage them to blossom like little tulips is very attractive, and to be fair, it has a lot of strengths. I would certainly argue that we are usually good at the things we enjoy; perversely enough, we also seem to enjoy the things we are good at. Surely this then should be the goal of education, leading intuitively as it does to the idea of happiness, fulfilment, and hopefully life-long success? 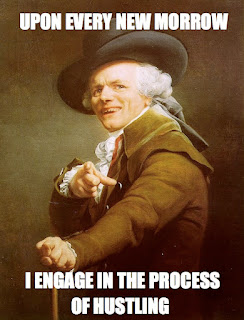 Well, perhaps, perhaps. And I would certainly give a cautious slow clap to this idea. But there are other things to consider: this indicates that students shouldn’t be made to do anything that doesn’t interest them, or that they feel uncomfortable with. But education must be more than simply allowing children to do study what they want, because there are many fields and areas of knowledge that at first we might be uncertain about, until a passion develops further down the line. Or more significantly, we might still make a claim that there are things that everyone should study, even if the student doesn’t like them. Maths, for instance. Learning isn’t all about child-driven interests, or our perception of their personal flourishing.