'You're here to learn about Satan.' How our schools are petri dishes for the Dark One, says everyone 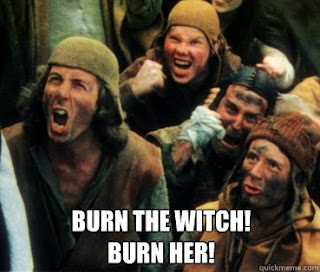 A teacher at one of the UK's most successful sixth form colleges has rocked the educational world by claiming that students there would be 'better off learning how to pay homage to Old Split-Foot.'

In a recent article in the TES Online, he claims he advised a student to 'stick his A-levels up his arse and instead work out better ways he can serve The Father of Lies by accelerating the Last Days of the Apocalypse.'

The chattering classes of education were swift in their rebuttal of Mr Cypher's unusual pedagogic methods. 'This is a disgrace,' said Mr Mendicant of the Church of the Telegraphed Soul. 'Worshipping Satan has been an outmoded, outdated way to get ahead in the world since the sixties. We thought we had managed to leave all that pentacle-drawing, blood-letting progressive incantation nonsense in the Dark Ages. Our children are expected to follow the modern, scientifically proven method of emailing their aspirations to the Dark Gods of Cthulhu, as best practise demands.'

When asked to defend his apparently indefensible stance on cannibalism, devil worship and desecration of the graves of saints, Mr Cypher was unrepentant. 'But...but all I said was that kids shouldn't get too stressed out by exams, and maybe they should still try hard but....oh, I didn't say it very clearly, but....'

THE NEW SALEM SUN SAYS: BAN THIS DRAGON-WORSHIPPING LEFTY BEFORE HE KILLS AGAIN.