The Love of Money: How schools became Markets, and everyone lost. 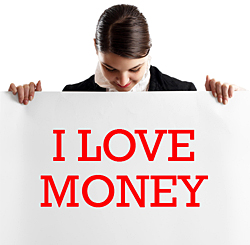 Reading John Lanchester's interesting Whoops! Why everyone owes everyone and no one can pay this week (and there's a publisher-suggested title if ever I saw one. Because every author secretly dreams of calling their book Whoops! Mind you, they used to get away with An Enquiry Concerning Human Understanding and such, so I suppose we reap what we sow). It's a good explanation of the recent boom and bust moneyquake that has underpinned- or excused- the austerity frenzy coming to a Lidls near you. Did you know that the RBS was the biggest company not just in Europe, but the world?

I did not know that.

The salient point he raises is to do with capitalism in general. He traces the current financial clusterf*ck back to the fall of Soviet Communism, and the removal of a direct competitor to the free market model of economic and political discourse. With this removal, he argues, there was less need for the capitalist economies to justify their superiority over the repressive, but undoubtedly more societally inclined (at least on paper) Marxist experiments. Until that point, capitalism, for all its flaws, had produced what Lanchester describes as the most admirable societies ever seen- not perfect, just the best ones so far. The cause of this, he argues, is that the jet engine of capitalism was yoked to the oxen of social justice. Efficiency, enterprise and opportunity were tied to the generation of the maximum dividend of personal gain, tempered with social responsibility.

And removing the great Satan of Communism as an immediate source of geographical and economic comparison (China is, let's face it, far away), meant that the economic engines were free to achieve escape velocity from those pointless, annoying liabilities we call justice and fairness. A triumphalist mentality emerged, where it was felt that capitalism could do no wrong, where it was felt that entrepreneurs should be freed from the shackles of taxation and restraint, and a free market should be more successfully realised. I mean, look at all the STUFF we have.

Fast forward through Thatcher, Reagan, and a worldwide surge in opportunism, Icelandic meltdowns and bank crashes, slow the tape as you approach the sub-prime tsunami that nearly drowned the world, and then let your finger drop on play when Fred the Shred gets his knighthood annulled (which will no doubt inconvenience him tremendously as he dries his tears with a handkerchief made of unicorn mane, and laughs from his golden throne on the Moon).

This is not 'Tom Bennett's blog on fiscal responsibility'. High finance crosses my eyes like Marty Feldman, as it does most of us, which is precisely why the banks now resemble the shop floor of your local Ladbrokes, and withdrawing money is like enacting the Schrödinger Cat experiment every time you go to an ATM. And this is the point; economics are now ruled by a priest class, so remote and dislocated from common comprehension that they wiled as much power as the priest class in any pre-scientific society. They are the shaman (and shawomen, increasingly) who read the runes and entrails of our financial futures, and dictate, almost entirely, political policy around the world.

When I get some time I will revert to my blog default and rail against economics as another example of the voodoo sciences that have crawled into the popular perception as real sciences, when in fact, no one knows anything, as William Goldman famously said about movies.

But I am a teacher, and I know schools. And I know what happened to schools at the same time as this impossible sense of exceptionality and superiority crept into the collective consciousness of the men in the City and the Street; the language of the marketplace crept into areas of public discourse where previously they had been seen as necessary evils at most. Of course I'm referring specifically to education.

Even when I started just under a decade ago, I was amazed by how much we were expected to gobble up the gastronomy of the bean-counter. Everyone remotely related to schools and children had become a stakeholder; we were expected to produce returns on our efforts. Children avoided- just- being referred to as customers in mainstream education, but we are devilishly close to the concept at all times. Don't believe me? Consider how much their views are now being taken into account, despite the concomitant lack of an obvious medium for the same communication from the teacher perspective.

I remember years ago I used to run one of many themed restaurants in the West End. No where before had I encountered the slavish 'customer is always right' mentality as I did here. One charmer put me up against a wall one night, hand round my throbbing jugular, and said he was going to 'F*ck me up.' Faith, dear reader, I lived. But the next day I was broken to learn that the company would pay him compensation and apologise to him; and I was told not to complain to the police, as it would damage sales, somehow. You might recognise some of the DNA from this incident in some schools, with their no-blame approaches to social responsibility.

We see some of the most foul examples of this marketisation in concepts like value added, or FFT predictions (used as targets), target setting and a million varieties of ways in which the business of education is forced into the double columns of the balance sheet. Have we reached targets? Have we failed them? If we do reach them, what are the new targets? Pass me the smelling salts.

Of course, this model assumes that education is amenable to being circumscribed by the language of the bank, and this is where the bomb goes off. Education is not the same as selling lemonade and rose water at a jumble sale. Perhaps you noticed? The product of our labour isn't easily numbered, weighed or measured. How we do it isn't amenable to regimentation or standarisation. The effects of our efforts sometimes aren't seen until decades later. Businesses run on the engine of arithmetic; but people defy this analogy with the abacus, because so much- my God, almost all, I should say- of our lives are not concerned with that which we can staple a number to. Our entire human experience is concerned with questions of meaning, value, emotion, desire and aspirations that are entirely resistant to enumeration.

Every time I see a number ascribed to something in education, I wince- a lesson, a school, leadership, the whole nine yards. I wince, as I witness yet another brainless attempt to shoehorn thoughts and dreams into the business end of a calculator. The two worlds barely intersect. They certainly don't coexist easily, and often, like matter and anti matter, they explode on contact with one another. Children do not- do NOT- get more intelligent by 5% every year, satisfying the budgetary- sorry, pedagogic predictions of a well run saucepan factory, predicated on the model of a infinitely expanding market, which is another fairy tale, incidentally. Our teaching certainly doesn't get better by the same. Yet we are assessed as if they are. 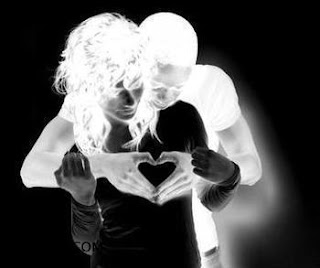 I am not anti-market; as Friedman said, show me a system that has worked better- but that doesn't mean that I welcome its presence in every facet of our lives. I don't judge my relationships by their numerical value, because such things are impossible to unearth. I do not love my family because they promise me secure returns on my investment. I do not teach because I add value to their grades.

I teach because I love them, and my subject. And I love both of these because I find them intrinsically valuable. Isn't that what life is at least partly about? Discerning what is valuable, and valuing it?