Ofsted 'should be split into a million pieces, and then buried in the heart of a dying star', suggest Education Committee.

The Commons Education Committee made a surprising announcement today when it announced that the Office for Standards in Education, Children's' Services and Skills (Ofsted) should be split, not into the two parts detractors had previously imagined, but instead 'annihilated by some as-yet undiscovered disintegrator ray,' before the remaining dust pile is 'cast into the Lake of Fire in Mordor', preferably by a ruined, obsessive hobbit.

When asked to explain this apparently disproportionate response to recent reports that Ofsted was too big, too unwieldy to serve any of its functions with efficiency and focus, Graham Stuart MP, Head of the Committee gave this reply:

'Naturally we are alive to accusations of excess, particularly in the current economic climate when the electorate are, quite understandably, seeking solutions that are both cost-efficient and future-proof. At first we were simply going to propose that the body be split into two agencies, one with responsibility for Education, and the other for children's care. But then we were all in the bar afterwards, shot-gunning vodka through our tear ducts, and we thought, 'Why stop there?'' 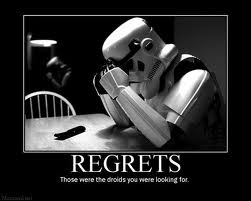 'Someone pointed out that this was the same Ofsted that claimed that behaviour was good or outstanding in 92%- 92%-of all schools in the UK, possibly because some schools dart their 'special' kids with ketamine as soon as they get the phone call, and all the SLT get back out on the corridors for three days.'
'Some of them even need maps,' he added.

'Then someone else remembered that this was also the same Ofsted where, in some places, less than 10% of their inspectors are working professionals in the field they're investigating. Fancy that. Imagine being a teacher when some cadaverous, old has-been or school drop-out comes into your room like a bad smell and tells you you're unsatisfactory. I imagine some teachers would be a bit peeved.'

'Then someone else remembered that this was the same Ofsted that used to- used to, mind- have 'non specialist inspectors' on some visits, ie people who have never actually worked in schools (lay inspectors). Isn't that grand? Perhaps my nan could go and review the people who run Sizewell B, maybe grade them on their fail-safe procedures in the case of a partial meltdown. I bet they'd like that.'

'By this point we were snorting Midori, and really got going. We talked about, how since the new stripped-down two-day inspections, almost every school essentially got the same grading as its examination results would predict, which made a few of ask what the whole bloody thing was actually for? Of course, by this point, some of us were sliding under the table, but  once we all got our second wind, we were back off the floor and dancing around a picture of Christine Gilbert, the Head of Ofsted. Did you know she's the wife of the ex-government minister Tony McNulty?  I bet the interview was hard. We talked about how the things that Ofsted look for become the only things schools focus on, until teachers spend all their time fretting about healthy eating in maths lessons, and promoting numeracy in PE, and the world, essentially goes to Hell.'

'Then, just about when dawn was coming up and we could barely move, we realised that the solution didn't lie in just breaking it up into two parts. We liked the breaking up bit. That was on the right track. But then we put gas in the tank and decided, f*ck it, let's do this thing. Let's just blow it to smithereens instead.'

Asked if any other alternatives had been considered, such as reforming the aspects of the organisation that weren't fit for purpose, or redesigning the skill set for inspectors and their governing line management, Mr Stuart leaned back in his chair and made a thoughtful face for a second, before blowing a ring of cigar smoke towards the ceiling.

'No,' he said with a far away look, as if he was trying to think of something. 'No, that won't be enough. You know that bit in Star Wars, where the Death Star blows up Alderaan? Well, Ofsted needs to be on that planet.'

'Not a proper acronym', claims MP

'I mean, it's not even a proper bloody acronym for God's sake. How do you get Ofsted from the 'Office for Standards in Education, Children's' Services and Skills'? We might as well call it OFSECS, which at least has some prurient value.'

Ofsted would only comment that restructuring was a 'matter for the government'. Then it closed the lid of its coffin, and refused to take any more questions.
Email Post
Labels: christine gilbert graham stuart humour OfSTED Reforms