The news is often strange. And rarely more so when it reports that something you probably weren't even aware of, didn't actually happen anyway, much like what goes on (or doesn't) on the dark side of the Moon, or inside your bread bin when you're asleep.

This was certainly the case in the news reports that Emma Watson, the elegant, elven superwaif best known for going through adolescence via her fictional avatar Hermione, denies the claim that she was being bullied at University. Did you know there was such a claim? You'd have to be a pretty devoted stalker to have noticed. Nevertheless, an enormous section of today's media has been set aside and made holy for the purpose of reassuring your worst fears before they can blossom, by instantly raising them up and then cutting them down, like unto a reaper. Such is the transformative, restorative power of the press. Yea, blessed be the red tops, for they shall forgiveth all iniquities, healeth all diseases, even the ones you didn't know you had.

The apparent non-charges relate to claims that, in her time at Browns University, Rhode Island, students would mock her, saying 'ten points to Gryffindor!' every time she got an answer right, which frankly I can't believe wouldn't happen, but I have a childish sense of humour- it would never get old. Apparently the speculation grew (read: 'was invented in the head of a bored hack') when she decided to take a break from her studies 'to concentrate on acting.' Perhaps some of our news outlets can follow suit and take a break from celebrity non-stories to 'concentrate on their journalism.'

But if she's claiming that she wasn't bullied (in other news: Charlie Sheen 'isn't joining the Space Program' and Lindsay Lohan 'didn't assassinate Archduke Ferdinand') then she appears to be one of the few. Over the last week we've seen a number of studies showing that teachers and Head Teachers all show significant levels of intimidation, harassment, and physical and verbal abuse, to a level that they would describe as bullying. The surveys (by the school leaders' union the NAHT, and the Association of Teachers and Lecturers) asked respondents to describe levels of intimidation faced, and what forms they took. Unfortunately they came to some ugly conclusions:

Out of 1300 respondents (from a membership of 28,000), around ten percent of Head Teachers said that they had experienced a physical assault by a parent or carer. Can you imagine? The Head of a school being subject to an attack by what I can only imagine to be a particular subsection of moron? I know that we live in a society where estate and title mean less and less, but there are whole circles, spheres of social barriers that have to be dismantled before an act of that type is to be considered. 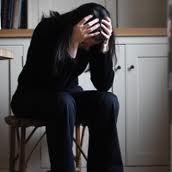 Such is the life of the public servant; often villified, spat on, detested, in manner entirely at odds with the community role he or she occupies. Or, in the words of Richard Harris's masterful English Bob in Eastwood's opus Unforgiven, 'I mean, why not shoot the President?'

It gets worse: roughly one in five claimed they had been the victim of cyber-bullying. Three quarters said they had been subject to verbal abuse or threats from a parent. And interestingly, 86% of respondents said that the situation was- in their experience- getting worse, which I'm sure that many Behaviour Crisis denialists will rush to discount as unrepresentative, anecdotal and untrue, because as we all know, things have only gotten better. Production is up even more, comrades!! God save us from people who love state education so much they can bear no criticism of it.

All such surveys have to be taken in context: sampling methods, sample sizes, sample audiences, etc all have to be considered beofre drawing conclusions form this kind of data. For a start, bullied members are far more likely to report bullying than non-bullied members would report non-bullying, for the simple reason that people who want to fill out surveys usually do so because they have something they want to communicate, rather than those who, a bit like the journalists at the start of this blog, have nothing really to say. And without seeing the surveys, it will always be hard to discern if the wording is in any way persuasive ('How often have you been bullied? Always, regularly or just sometimes?'). And finally, the word bullied itself is a very thick concept, containing within itself the possibility of multiplicities of meaning.

The ATL defines bullying as:

'Bullying is the persistent (and normally deliberate) misuse of power or position to intimidate, humiliate or undermine.'

There is even a beautiful line further down, where it claims,

'You may be the last to realise that you are being bullied. You might attribute stress to the pressures of dealing with students rather than the behaviour of your headteacher/principal or line manager. It may only be when a colleague discusses the matter with you that you realise what's going on.' 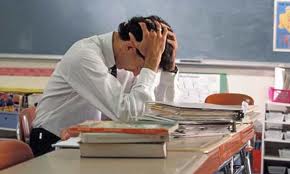 So we have the very real (and potentially, statistically devastating admission) that bullying can be so nebulous, so tacit, that we don't even notice it, or at least define it as such. Conceptually, this is a real problem for any survey that attempts to track levels of bullying within the profession. After all, some people will just laugh off jokes about, for example, coming from Scotland; others would see it as verbal harassment.

Way back in the 18th century, the libertarian and utiltartian philosopher JS Mill was wrestling with the problem of whether 'offence' could be categorised as 'harm'. And I'm not sure if we've progressed philosophically any further from the answer of 'er...sometimes.' I used to have a University tutor who would casually put his hand on my knee and call me his 'special student', while I mentally marked the fire exits and bustled out the room to invented appointments elsewhere. At the time it just seemed awkward and impolite; looking back now, if I saw a teacher do that to a student I'd clobber them. If offence is characterised by someone being offended, then Gay Pride and Neo-Nazi rallies will face equal censure.

But even given these methodological constraints, even if we diminish the data to account for bias, there is still a significant statistical conclusion- bullying happens frequently, and often, to a significant number of teachers. There are no surveys, for example, claiming that bullying has improved, or that it's a tiny, minority problem, for head Teachers, rank and file, and support staff. Such is the modern context of education in the state sector, where significant numbers of people are treated not only with less respect and dignity than they deserve, but with less dignity and respect than the desert of a dog.

The reasons are as myriad as human motivation, but underlying them all, as I mentioned at the start, is a breakdown in the acknowledgement of the teacher's status as an authority, as an adult, and as a professional. For a parent to, as the survey reveals, 'hit, grab, punch, throw a chair....etc' at a member of staff indicates that they believe that physical or verbal intimidation is the best strategy to employ during...what? A conversation about the future of their child? A parents' evening? No wonder some of our pupils find it hard to restrain themselves, or express themselves in a dignified way, if their key role models provide such a template for behaviour.

But this isn't to launch a salvo at parents as a group: too often, the behaviour debate in this country is unbearably partisan- parents blaming teachers, teachers blaming parents, governments blaming whomever exists in their least significant voting demographic, and pupils blaming...well, everyone but themselves, usually. It's a mess, and it's stupid. There is no one group responsible for the problem. The problem lies in the way that adults and children now perceive themselves.

One of the things that I find significant as a teacher, is how much children want to hurry up and become adults. Perhaps this is a universal impulse- the adolescent sees the liberties of adulthood, and imagines it comes without cost. But what surprised me when I went into teaching is that there is a small, significant minority of adults who appear to be in an extended infancy- who reject responsibility, who don't want to give up the luxury and carelessness of childhood, and who carry its values into their twenties, thirties, forties and sometimes even beyond. Like the parent who once said to me at Parent's Evening, 'How long will this take? Eastenders is on in half an hour.'

I fuss you not. Or the parents who admit that they don't know what to do with their children. 'I mean, all he wants to do is go upstairs and play with his PS3,' they say wearily, as I wonder if the idea of not giving them a PS3 has ever crossed their minds.

I suspect we will never invent a method to banish people being cruel to one another; as long as  relations of hierarchy endure between people (and they will, they will) then people will abuse that power from time to time. But this is merely descriptive; for schools to adopt a prescriptive posture to these facts will require all adults involved in the process to acknowledge their responsibilities as well as their privileges, and to face up to the fact that children need us to guide them; that they need us to step up to the roles that we are placed in; that they need us to behave and communicate with each other in responsible and considerate ways, and that we share the common goal of raising children as best we can.

And if we don't? Then someone needs to take our Playstations away.
Email Post
Labels: ATL authority Bullying Emma Watson NAHT