Children in Need: why good inclusion shouldn't be controversial 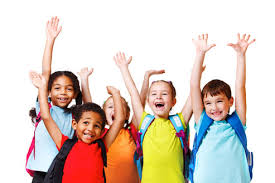 What do children need? With today’s annual BBC charity jamboree looming large over playground and supermarket, it feels appropriate to talk about the children in our own schools, and what they need, and how we can help them get it.

I believe every child needs, and is entitled to an education- wherever possible- with their peers in a mainstream setting. I believe that where possible, reasonable adjustments must be made to allow children to access education; that could mean wheelchair ramps, or translators, or extra time in exams, and so on.  I don’t think that’s controversial.

I also believe that they need wherever possible, classrooms run on reasonable rules that set a standard of civil behaviour and social norms, and those standards and norms should be aspirational. They should be based, not merely on compliance, but on the desire to help children learn powerful, useful habits of thought, self-regulation, work and civic participation.

These needs, like many things we need, need careful consideration in order to maximise both. Sadly, sometimes the discussion around these crucial points falls short.

Will no one think of the children?

There was a minor flap on social media last night as some people wildly misunderstood something I said on this matter on a short video I made for the TES last year as part of an experiment in behaviour vidcasting. If you want to know how long it takes to upset people I can set my own personal best: Two minutes fifty. In it I mentioned that consistency was very important for creating a calm, safe classroom. What upset some was that I mentioned that some pupils who had IEPs (individual education plans) that allowed them to break these rules might be better served by requiring them to meet them.

Some responses were calm, collegiate and inquisitive. Strangely (or perhaps not- I’ve been on Twitter some time) some people practically herniated. What was saddest of all was how some people read their own shock/ horror stories into it. Among the odd things I was accused of were:

None of which I said, but that didn’t stop some people. They may as well have laid Ebola and Trump’s razor-thin majority in Wisconsin at my door. For suggesting that maybe some children might benefit from focusing on the whole-class expectations was too much for some. In an odd whirlwind I was called vile, cruel, unfit to teach, contemptuous of autism (?) and on and on. Someone said I should be 'flung into an abyss'. Another accused me of 'chasing million dollar prizes' and of course the standard 'I hope this never happens to his kids' (but thanks for bringing them up). This, over cocoa. I love social media, but it’s a strange place at time. Some of it was from people who, curiously, had the words ‘compassion’ and ‘kindness’ in their bios. Someone contacted the DfE to complain about me. Someone contacted the TES. O tempora, o mores.

I also love discussion, but equally strangely this was a useful example of how people can create a drama based on cognitive biases, strongly felt opinions, and innate triggers. It felt like a very fragile discussion space, where people were defending their own deeply held beliefs and taking any challenge personally. And that’s very sad, because this is a serious debate, and I take it seriously. And children- all children, need us to take it seriously, because the stakes for them are as high as it gets: the ability to access an education or not; a chance to flourish because of school, rather than despite it.

Children need calm, safe spaces in which to learn. And because of that, children need consistency of rules, standards and expectations. Now I don’t believe in zero tolerance classroom management, because I think almost every rule permits exceptions.

And exceptions must be exceptional. Access to education is an issue of rights. It’s also an issue of utility; how best do we achieve it? One way to express that answer is ‘as best we can’. Hence, standards and norms, held up as much as possible. Where children can’t possibly reasonably meet that- a disability, a neurological condition etc- then we break sweat to make allowances. And children are quite good at understanding that. I worked with a class where one pupil had Tourette’s. Nobody cared, which was great because it meant that everybody cared.

But what pupils can’t manage to absorb so easily is when a pupil who is choosing to disrupt lessons, is allowed to do so. And there are many pupils I have seen who have behaviour statements that were granted, not on the basis of a diagnosed condition, but retrospectively, as a description of behaviour rather than a diagnosis. This leads to a bizarre scenario where children who behave badly are then given a statement which attempts to provide them with less reasons not to. And I believe that is actively harmful to that child.

And this is crucial. I believe that when a child misbehaves because they’re bored, or feeling a bit cheeky, or want to get a rise out of the teacher or amuse their mates, then they need to be reminded that isn’t good enough, through sanctions, or calls home, or conversations, or a million other things. But they need to be helped to learn better habits.  They need us to help them get there. That's our job.

And here’s an ironic thing; every great PRU and special provision school I’ve visited would agree. If you think PRUs are Bacchanalian riots of do-as-you-please, then you should visit a good one, where routine, structure and high expectations are even more important. The children need structure they don’t get elsewhere.

And sometimes a classroom teacher can’t manage extreme needs, or repeated, extreme behaviour properly or very well, when they have a room full of other children, who also all need them. There might be other children with disproportionate needs in the room. And sometimes a pupil needs to have their needs met outside the classroom. It might be just down the hall, or next door, but they need space.

If your answer is ‘keep them in the classroom, no matter what’ then I dispute that; in fact I call that terribly short-sighted. I say that when you need help you go where the help is. I’ve seen many wonderful schools who have terrific internal units run with compassion, dignity and rigour, to meet the needs of children who struggle in mainstream classes. The goal should always be to return to the mainstream classroom, because socialisation is a key goal of education, or schools at least. This isn’t chucking them out, or binning them. It’s the opposite. It’s bringing the child to the healing.

Not doing that is real cruelty. Not doing that doesn’t help with what the child needs, although it might make some people who need to feel like crusaders to feel better. But they are not my concern. The classroom is not, intrinsically, the ideal vehicle of all succour. At times children need nurture groups, or one-to-one help, or extra-school programs, or special schools. Needs vary. But one-size-fits-all-in-the-classroom-no-matter-how-overloaded-the-teacher-is? That’s utopianism. I sometimes think that whenever someone hears the word 'exclusion' they instead hear 'thrown off a cliff'. But that's a terribly one-sided view of reality; what about internal exclusions, temporary ones, ones that nurture rather than attempt to punish?

We need to talk about Tom