This engine runs on hope: why schools need to defy the destiny of data 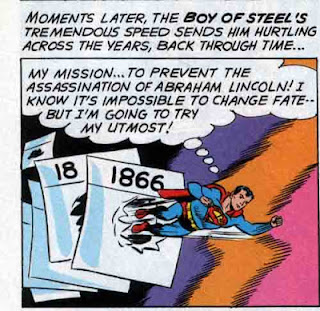 Chris Cook has written an excellent sidebar to Fraser Nelson's enthusiastic love letter to the Swedish model (and if that doesn't make you wave a pretend cigar and wag your eyebrows like Groucho, then there is no hope for you). It's a cautionary note to the symphony of success that the Swedish Free School system, running parallel to the state sector, seems to exemplify. In summary, he advises that its benefits, while statistically significant, aren't exactly enormous. At the heart of this, and in other good pieces he's written, he describes how a huge part of a child's success is down to where they're from, not where they're at.
Its a topic I often think about: what does it matter what we do? As Christopher rightly says, aren't the historical and economic narratives of the children's background the real levers of destiny? And in many senses they are, of course. But to be a teacher, it's vital that we....almost ignore this. I wrote about it here:

'In life, we often get what we expect, not what we deserve. We create cages within our own minds, and say that the horizon is as high as we lift our eyes. How many children sit in a school where the targets on their books say G, F or E? How many schools are judged by the damnable, damned engines of purported certainty that the Hellish FFT data suggests? How many teachers look at a kid and expects nothing from them? How many parents? How many schools? I set all my pupils two targets: one given them by the desiccated, blasted data that precedes them, and one of my own, which is far more important. And I let them know it.

Rarely do I set anything other than an A. Why? Because I bloody well expect it. I don’t care how poor a kid is, and I certainly don’t give a damn what some hypothetical bell curve says a kid is capable of. If they have a sound mind in the most general sense, I tell them where they’re aiming- an A. I know how to do it. I know how they can do it.  If we don’t get there, then I don’t waste a tear on it if everyone tried their best, including me. Especially me, sometimes.

I despair of our contemporary insistence that children submit to market models of tagets, when they are human beings; that teachers kneel before the tyrant of the perfectly elastic, infinitely expanding mad universe of the stockbroker. I’m not a middle manager in a branch of Comet. I’m a Teacher.

Until we have a system that demands- and expects- all students to try their best and do well, rather than concedes that they can’t, and so the bars must be set lower and lower until they bury themselves in the ground, then we will get exactly the children we deserve. You want social mobility? You want an end to generational narratives of endless, empty poverty?

Expect more.'
And I returned to it, like a nervous murderer, in this blog, and I quote: 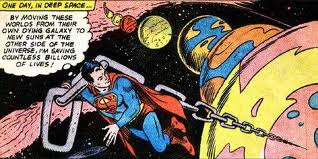 'So when the FFT says that a given child is estimated a B at GCSE, based on prior attainment data, once social and circumstantial factors have been accounted for, what does it mean?

What it means is that many children with similar socio-economic and attainment levels achieved that grade. So what? Most children in Mozart's street didn't grow up to write The Magic Flute, but he did. Most children from Omaha, Nebraska didn't grow up to lead a black consciousness movement, but Malcolm X did. I taught a kid who scraped a C in bottom set RS, who scored a U in AS, and then an A at A2. The human spirit is a genie; it is absurd, noetic, a screaming eagle of ambition and indeterminacy. It is a ghost, a comet, a nuclear furnace of optimism and ambition and impossibility. It is also a disappointment; the anti-life, failure snatched from the jaws of victory. House prices can go up as well as down. That is what makes being alive so glorious and terrifying.

I have a knowledge of my children's predicted grades that approaches telepathy, because I know my subject and I know my kids. But every year I am knocked sideways by kids who exceed my expectations and those who ridicule them. Nobody can predict the future. Guesses are fine, but let's admit that's what they are.

Let's stop pulverising children with our bureaucratic assumptions about their potential. Can you imagine what it must feel like to be told by your teacher that your prediction is a D?

You know what my expectation of my children is? An A. For everyone. That's the target I set myself, and if I don't get it, well, I try again next year. I don't cry into my coffee, I just try again.

Here's a thing: what does it even mean to 'aim for a C, or a B'? Have you ever seen a kid revise, and try to get a B? It's nonsense. Kids try as hard as they can/ can be bothered, to get the best grade they can. If you set a child to run 100 metres, and they really bash their guts out on it, can you imagine asking them, 'What speed were you going for?' No. They just run. They just run. Target setting has become the fetish of 21st century teaching. It is another ravenous, ridiculous imported imaginary animal from the paradigm of the market place, where ambitions are plucked from the air- and they are- and called 'predictions', when they should be called 'hopes'.'
I can't fix the world. I can't smash the time barrier with my bare hands and save Abraham Lincoln. But I'll cease to exist before I stop trying to show every child in my room that they can rewrite the book of their own lives.
Email Post
Labels: chris cook fraser nelson hope