The Empire Strikes Back: Ofqual, and the omnishambles of assessment 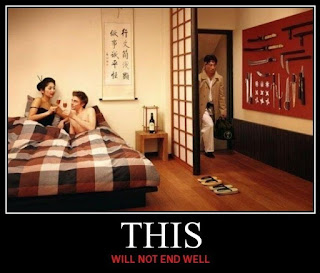 The edu-interwebs were crackling with fury this morning. Glenys Stacey, Head of Ofqual, has published her report into this season's controversial GCSE results, where accusations of dumbing down and political expediency have been volleyed back and forth across the net. Ofqual's response has been the equivalent of two neighbours arguing about each others' dogs, and one of them goes, 'Ah, but you've been burying postmen under your patio!' Ladies and gentlemen, this hoe-down just got interesting again. The claim, in summary, is this: some teachers in some schools have been routinely over-marking coursework in an effort to obtain higher grades. My poor iPhone nearly melted through Earth's crust when I turned it on; the most common response was that of 'teacher bashing.'

Let's take a closer look at that. What did she actually say?

"Children have been let down. That won't do. It's clear that children are increasingly spending too much time jumping through hoops rather than learning the real skills they need in life," said Stacey. "Teachers feel under enormous pressure in English, more than in any other subject, and we have seen that too often, this is pushing them to the limit."

This is clearly the kind of retaliation Sean Connery would have advocated in the Untouchables- 'One of them pulls a knife, you pull a gun; they put one of yours in the hospital, you put one of theirs in the morgue.' This is a damn-your-eyes, balls-out, attack-as-defence come back, make no mistake. But to be fair, it isn't naked teacher bashing; in fact, it sounded more like an attack on the system inside which teachers operate than a direct claim that teachers are shifty.

And let's be clear: the system has been shifty; it was designed, if anyone can't see it, to facilitate and encourage systematic grade manipulation, for the following reasons- if you create a high stakes school assessment facility, where the metric of 5 A*-C becomes the sole difference between damnation and salvation AND you simultaneously provide the participants of that system with the means by which they can avoid the former by fair means or foul, then, as any economist will tell you, you have created a fertile plain upon which manipulation can occur.

I have heard some people describe this as 'not cheating', because it is within the regulations; that because it is permitted by guidelines, it is therefore just. I can think of few things more depressing than people doing something they know to be wrong and calling it right because the law permits it: see adultery for details. It is cheating. To give a pupil a higher grade in the school-entered component of a GCSE in order for that student to obtain the magic C, is cheating.

I'll tell you what else has been immoral- targeting borderline C/D students. In what world, other than one obsessed with 5 A*-C, would schools target only students who will obtain a benefit to the school? I'll tell you who I target- ALL my kids, because they all deserve an education, and to do the best for themselves, not because my grades look groovy. The message anything else sends is: are you stupid? Then we don't care about you- you're a lost cause. Are you bright? Good luck, we don't give a damn about you either, thanks for the C. It's educational apartheid, and children become instrumental to the school's interests. I didn't come into the profession to make schools look good.

Course work is a rotten system of assessment for academic subjects- even if only a few schools practice the dark arts, through a process of Darwinian competition, pressure rises on other schools to do the same. To quote Hobbes, 'It only takes one thief for all men to bar their windows.' Or to inflate. Such is the damning legacy of a one-dimensional metric like league tables.

I have heard people bluster, 'Oh, how can you say teachers would do that- we're better than that.' That is unbearably naive. In a system designed to reward only the winners, it is inevitable that the rot of inflation sets in. And let's not forget that grade inflation is a fact accepted by all parties, and by Ofqual itself. Unless you believe that teachers are made of finer moral material than the majority of people- and I don't; we are human- then you cannot imagine that teachers are not just as subject to the vices of the human condition as much as the virtues. Even if you did believe such a thing, competition to achieve would drive many to sin.

So quite apart from the separate issue of the fairness or otherwise of the June boundaries, what Stacey is saying is correct: coursework and 'controlled' assessments (aye, there's an oxymoron) are some of the worst ways to obtain a fair result in examination. The alternatives are imperfect, but less than these. Having work marked by class teachers also results in one of the worst possible detriments to the principle of fairness: partiality. The subconscious temptation to mark according to what you already think of a student, is well documented by research- which raises all sorts of discriminatory issues.

One final point; while I agree broadly with Stacey on this point, isn't it odd that, back in May of last year, she was complaining about the term 'Grade Inflation'? I blogged about it here, when she said:

"I don't find 'grade inflation' to be a very helpful expression," she says.  'Inflation' has a negative import whereas in fact we may be seeing young people being taught well and working hard."

Has she been converted, like Malcolm X in his cell? It seems like she now concedes there might well have been inflation, 'unhelpful' or not. But we need to keep these two issues separate- the GCSE results controversy, and coursework/ CA manipulation, and not pretend that the moral ambiguity of one cancels out the other. If we as a profession cannot condemn bad practice when we see it, then we will never learn, and improve. It behooves those of us who disagree with a system that encourages cheating, and the cheating itself, to say so.
Email Post
Labels: gcse Glenys Stacey ofqual