Soylent Green is Teachers: why we need to defend education from the predators of profit

I am not, nor have I ever been, a communist. I believe in America. I begrudgingly concede  Milton Friedman's point that capitalism (with all its faults) is the least bad system we've devised yet. It remains riddled with anti-life equations; Marx's analysis of its weaknesses was more or less correct, although the alternative he painted remains a sketch.

Some of its central structural flaws: its dependence on desire as the driving force of delivery; the utilitarian obsession with valuing what it can measure, until all else is not only ignored, but becomes forgotten, as if it had never existed. And in its Darwinian quest for advantage, it favours those just vicious enough to maintain a status quo of cooperativeness. It seeks short term goals, it pits all against all, and without regulation, it would return us to an age of robber-barons, and perhaps it soon will. 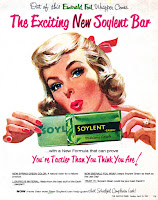 That's the good news. But to be fair on Adam Smith, it delivers on many levels: as a conduit between perceived need and supply, it approaches cartilage in its connective powers. But there is one circular charge against it which can never be squared: it values profit above all things. Marx called profit theft; more generous commentators call it the fuel of ambition and innovation, the psychological egoist pay-off for competing and striving.

Profit, above all things. Kant claimed that the only true moral motive was the good will- the desire to do good for its own sake. Anything else fetishised the intention, and made good an instrument to an extrinsic goal. For example, if I am an honest shopkeeper because I want my business to prosper, then what I really seek is prosperity, and the minute I can pursue this without honesty, I do so. That is what is so damning about profit: whatever one does in its name, if profit is your sole goal, then all other goals become subservient to it. I believe I'm not conceiving anything controversial when I say that money is an intoxicant that ruins the keenest of hearts.

And profit sits very uneasily with education; not because I cannot conceive of anything educational having a margin, but because of the temptation to see the playground as a marketplace. There are many aspects of state schooling that, like the health of the nation, cannot be amended to the spreadsheet, because they are intrinsically non-profitable- financially. Listening to a kid who's depressed; talking to a parent about ways to get their kid back into school; teaching with passion because you love your subject and you want your kids to do so as well. These, and a million more things, are what education is about. They aren't done because of some loathsome hedonic calculus, or because we quantify experiences that are essentially qualitative. They are done because they are intrinsically valuable, not because they reduce to a bottom line, or a monetary value.

Of course, schools have outsourced for decades; we are far from soviet. Caterers, cleaners, IT supplies, and so on have all been seen as something that could be run far more efficiently by an economy of scale across boroughs. Now this may be practical on many many levels, but I only have to mention Turkey Twizzlers and you start to get my point: when something is done for profit, profit becomes the sole aim, and other aims- feeding children healthy meals- is not. There was a corner shop next to my old school that sold stink bombs and firecrackers. I am NOT kidding you. When I asked him to stop, he just said, 'They'll buy them somewhere else, won't they?' Ah, Heroes of Sparta, we salute you.

Two things reported in this week's Private Eye reminded me of these factors today. One was an article about how private investor forms are 'circling the university sector hungrily.' As you can imagine, their intentions are strictly honourable, looking to move into distance learning- that highly regarded and noble part of the tertiary education sector, as the University of Wales knows.

Then there was this article about  Michael Gove's  long, unedifying history with the now pariah News International Gang, helping them to- almost- set up a News International School in Newnham. Anyone fancy the chances of that now? No. Incidentally, Boris was on the tours to find potential sites too. Eeh, it makes you feel all warm, doesn't it?

'Murdoch told investors he sees schools as a “revolutionary and profitable” area for business expansion. In the US, indeed, he bought Wireless Generation, an education technology company that could digitise classrooms. Given its pisspoor record in New York schools, however, Britain – and Gove – appear to have had a very lucky escape. 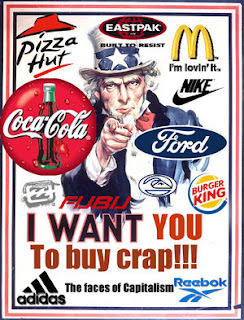 Schools aren't a 'profitable area' into which businesses can expand. They aren't a line in a P&L sheet. They are not hot dogs.What makes this worse is the emergent (and to my eyes, grossly oversold) IT revolution that has been promising to revolutionise education for decades. It hasn't. It probably won't. It's an enormous con designed to sell white boards, tablets, software, maintenance contracts, etc. These things can all be great, of course, I use them myself. But to suggest that we couldn't learn properly before them is obviously a lie, and a stupid one at that; and the idea that they will make us all learn...what, quicker, better? is also a lie, because it is without foundation. Most tech I have seen in schools is redundant, foisted on an unwitting staff by budget holders who want to be seen to be cutting edge, but are really just flailing about looking for solutions. And there will always be people willing to sell you solutions.