Now if you've seen the latest Avengers film I suspect you didn't see the immediate link between it and your teaching. NOT TO WORRY TRUE BELIEVER I HAVE YOUR BACK ON THIS ONE. That's EXACTLY what I was doing, in between hopping in my chair in childish pleasure and shadow-boxing Chitauri raiders escaping from the poorly rendered post-production 3-D. Comics haven't grown UP; they've grown OUT, from their pulpy three-coloured dying planet, rocketing to megaplexes and multiscreen car parks. It's a format that is finally ready for rendering these Olympian cartoon ideals. Previous efforts, notable exceptions aside, suffered from their attempts to rationalise and realise concepts and characters that were, essentially outlandish and impossible. Adam West pulled off Batman because he went for pop-lite rather than Dark Knight. Reeves and Donner's Superman was an elegant and affectionate love letter to noble intentions and the dignity of goodness.

But now, it seems, with actors who can tightrope the balancing act between childishness and seriousness (Downey Junior, Jackson) and $200 million worth of ILM tokens, you too can bring Kirby and Lee's finest into the light and not have anyone laugh at the wrinkles in the armpits of the suit. Joss Whedon should also get a nod for writing something that needed simple lines- like a spaghetti junction- and could so easily have been a Fantasti-car crash.

So: many of your kids will have seen it; few, I imagine, will be unimpressed by it. My unscientific survey of every child ever has yet to reveal any disappointed customers. What better than to drag it into the classroom? I always try to use contemporary examples, not in some craven attempt to inject relevance to my subjects, but because if you can engage them AND teach what you want to teach, then no harm has been done to education, and everybody wins, everyone learns something, group hug (warning: never do this).

Teaching philosophy is a PIECE OF P*SS. You can shoehorn just about anything into it and it just wolfs it down like Galactus, ready for more. This might be because philosophy is essentially about everything, which is a pretty big category.

Does the state have the right to nuke Manhattan in the interests of the majority? JS Mill's utilitarianism is the best starting point here, contrasting perhaps with Kantian deontology, or the idea that some acts are intrinsically never morally acceptable. Look at Iron Man's sacrifice, for instance. Kant would say that suicide is never a duty, because it is a contradiction of the will; an act of self- love to preserve oneself and to satisfy one's selfish wishes. But Bentham would claim that the death of one man to save millions is a no-brainer. Does great responsibility come with great power? Ask the Hulk.

Or, does  the state have the right to create bodies that seemingly defy democratic processes? (I mean the shadowy figures on screen that act as Fury's masters. Who they? I wonder. The Pentaverate?) Can the state ever dictate what is in the best interests of the people whom it administers? Is a benevolent dictatorship ever justified? Is it possible? Why do they always sit in very dark rooms? See THIS for details of further sinister shadowy uberrulers.

The presence of, let's face it, a whole alternative pantheon of Gods makes it pretty hard to avoid discussing this in R.S. I always wondered, in comics universes where Thoth, Hercules and Thor all rubbed shoulders with Beyonders, Galactuses and whatnot, what role religion could meaningfully play. They seemed to have got themselves into a bit of a theological pickle; most comics companies would be loathe to disparage the monotheistic customer base that constitutes their big markets, but rare are the writers who tackle it head on- Alan Moore in the Swamp Thing, for instance. Show your students the clip where Iron Man tries to deter Captain America from following Thor: 'He's a GOD,' Tony says, deadpan. 'There's only ONE God,' says Cap, pulling on his parachute, 'And he sure doesn't dress like that.' You just KNOW Cap is a protestant. It's in his super-serum.

For more on the religious affiliations of the superheroes, click here). Fascinating, and endlessly geeky.

I came across this joyous wonder of the internet- an exploration of the kind of forces necessary to guarantee that Hulk could propel himself in his trademark way of 'jumping everywhere', and a messier and probably more realistic interpretation of the 'leaping tall buildings' meme. The big question is, would the pavement crack? Answer: probably. This site is probably too much for any but advanced students, but the basic principles and questions can be addressed in simple Newtonian terms.

Gender Roles, and their portrayal in popular, populist art. It probably hasn't escaped your notice (and I'm not sticking my neck out too much here) that most comic books have been traditionally created for, and aimed at, a predominantly male market. And you don't have to be Andrea Dworkin to imagine that the traits men are celebrated for (wealth, strength, status) are reproduced in gargantuan levels in the fantasy wish-fulfillment world of the superhero. The Greek heroes and Gods were themselves idealised versions of us, with the volume turned up. Superheroes now do the same. They're not better than us; they are us. Their frailties are ours. Here's a good example of what I mean: what if the male superheroes were depicted with the same exaggerations as the female ones? Painfully obvious differences; in the case of the Hulk, very painful indeed to look at.

Who would win in a fight between the actors who play the Avengers? (OK: it's not very good PE, but unless you want your kids doing 'Hulk Jumps' and 'Captain America Squats' I'm running on fumes here. I'm BUSKING. Besides, it allows me to cram this beautiful quote from Downey Junior into my blog.

"Well, not all of us are in the same weight class so it is hard to say between Hemsworth and Evans. I think they’re pretty evenly matched. I think it would go to the ground. Then I think it’s me, Ruffalo, and Renner in a quote-unquote three-way in which I lay waste to them with sleeper holds but then we cuddle. And then it is Hiddleston versus Johansson if I am not mistaken. That probably just winds up in dinner at a five-star restaurant somewhere."

- Robert Downey Jr. on who would win a battle among the Avengers 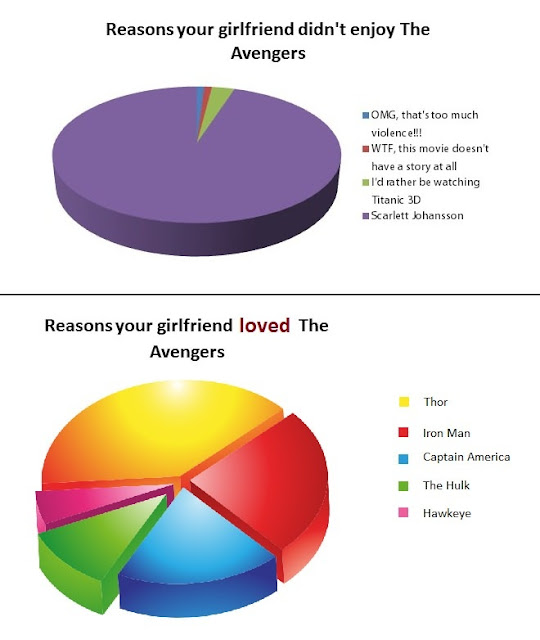 (I say 'science' with the same level of accuracy that most comics do, ie none. I mean, Bruce Banner- he's what, a biochemist? An expert in radiation? And Tony Stark, he's a cybernetics/ munitions/ engineering genius? But comics treats them all as 'scientists'. They all know everything about every field. Man, I can barely keep up to date with MY subject, and that was mostly finished after Aristotle.)

There's nothing a comics geek loves better (after inappropriate levels of spandex and costume tape) than a bit of science banter. And what better way to bridge the gap between fact and fiction than to discover the exact point at which the possible becomes impossible. If, like me, you were wondering just HOW Superman could actually fly- and more importantly, HOW COULD HE CARRY REALLY HEAVY THINGS WHILE HE WASN'T ATTACHED TO ANYTHING? then this is a source of endless delight. Could Superman have children with Lois? Or would his Kryptonian physiology make congress the last thing she ever conceived of before her brains blew out. THIS WAS IMPORTANT.

The language of the different characters is an important clue to character, their backgrounds and context. In this interview, Joss Whedon talks about the writing process, and what the language of his characters says about them. Of course, this is far from Shakespeare (especially Thor, and thank Odin they parked as many 'Thees and Thous' as possible), so it might be a very low level task unless it could be pitched to the very able, who could dissect and examine the mistakes and inconsistencies as much as the successes. Getting kids to criticise popular material is, I think, valuable, as long as it doesn't normalise the mundane.

I dunno. Count how many times Nick Fury manages not to bump into something even though he has no depth perception?

Just watch the movie, and afterwards everyone gets an 'A'.  And a biscuit.

Draw a map of the world. Then put a pin in the map for every major metahuman situation that focuses on North America. Then rub your chin.

Or ask yourself why they had to go to Germany for the bit in the museum. Did they think they were filming Bourne? Was it so Cap could say something about Hitler? Do people go 'Godwin's Law!' a lot to Cap? I bet they do.

SPOILER ALERT!! (mental note: put this at the top of the page)

Good luck next week. I have to confess I heard the phrase 'Avengers Assembly!' on Twitter and I can't remember where; but I salute it while I steal it. It would be worth having the assembly just to use the phrase. Perhaps the theme could be: 'Guy with a bow and arrow- in the Avengers? Discuss.'