Ten reasons why your sixth formers are late to lessons

DfE Guidelines now suggest that the following reasons for being late to your lessons should be considered as acceptable:


1.      It’s 'a bit cold' out.
Research has shown that, on average, the ambient air temperature of ‘outside’ is less than the temperature ‘inside’. This variance increases when one uses the average temperature of the air pocket inside a duvet as the base line. Teenagers may express this excuse in the following way: 'I read this thing, right, that said if they school goes below, like, ten degrees, right....it has to shut or it's breaking the law.'
2.      It’s bare hot
Equally distressing as (1), above. If, at any time, the temperature in the school looks likely to exceed the exact, perfect preference of the student, then this entitles absence, on the grounds that, well, it’s nice. At this point, students should be entitled to request that all lessons for the rest of the week should be held in the park. Note that, making this request should be taken by the teacher as fair warning that the student will be unable to attend for the rest of the week due to the dangerous heatwave. See: 'I read this thing, yeah...'
3.      Some Next Guy started talking to me in the street, yeah? And I was like, leave me alone.
And that’s why they’re late. This one is self-explanatory, of course. 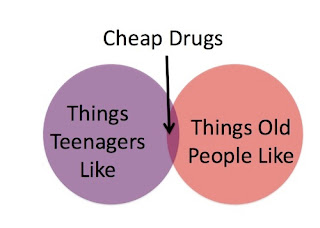 4.      I saw someone sneeze on television
Any indication that viral infections may exist, anywhere in the English-speaking world, are clear indications that the outside world, let alone the petri-dish of the school, is too dangerous to enter. This could lead, of course to...
5.      I felt ‘really sick’.
Students in year 11 have an absence due to sickness rate of around 1 % or 2% in the average school. Amazingly, this escalates to around 25% in the sixth form. At first this might seem odd, or in some way indicative of malingering. Nothing could be further from the truth. The individual is best placed to self-diagnose, due to the internal, subjective nature of illness. If they say they’re sick, they are. Often, students can will themselves to feel nauseous and weak. This is entirely normal.
6.      It’s ‘that’ time, Sir.
At the merest mention of the lady tummy, male teachers should act as if the ‘get out of jail’ card has been played. Interestingly, this syndrome is predominantly absent as a reason given to female teachers, most of whom have, presumably learned to cope with the life-threatening effects of menstruation through meditation and radiotherapy.
7.      I don’t like the teacher
In this situation, steps must be taken to ensure that the teacher is likeable.
8.      I don’t like the subject.
Teachers should be encouraged to thank the student for turning up at all, in gratitude for their mere presence. As Kanye West said, ‘You should be honoured by my lateness.’
9.      I’ve got problems at home.
This mustn’t be confused with genuine problems that some students experience, of genuine economic, social or personal hardship. This reason refers to, for example, a student staying over at a friend’s house the night before and having to get up half an hour early to make the train. It can also include the Monday Morning recovery cycle, after a night out on Merrydown and White Lightning. Teachers should be encouraged to view this reason as the most flexible of all. It is vital that sympathy is expressed to the student, otherwise they may have recourse to report you to the European Court in Strasbourg.
10.   Jasmine’s even later than me.
Keep your hair on. It’s only a few minutes. Why are you always picking on me? See: 'Bitches Be Trippin'
Through careful attendance to this policy, teachers will be able to enable student voice, as expressed through the medium of sloping in half way through the lesson. They should also look at ways of ensuring that students are not late, for example by making sure that lessons begin after noon, and involve DVDs about pop stars killing each other and having group sex while driving Ferraris.
Thank you for your attendance.