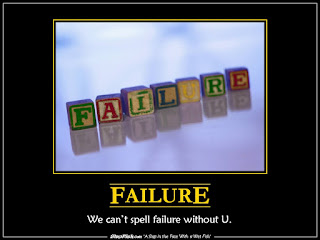 The league tables are out, and everywhere education analysts and correspondants are spontaneously giving birth parthenogenetically in their scramble to sieve and distil evidence that justifies exactly what they already thought. You can almost hear the collective sigh, from Whitehall to the Western Isles, as people look at exactly the same figures, the same data, and deduce completely different conclusions. Fill in the blank: '___________ category of students did better/ worse then ________ category of students. This clearly shows ___________. Glasses will flip elegantly between half full and half empty for about a week, I should think. And then, like December the 26th, everyone will clear the wrapping paper away, after a bit of a scrap, and think exactly what they always did.

If ever you needed proof that decoding data was akin to reading the entrails of a butchered goose, then feast your eyes over the bloody giblets of the educational commentatori over the next week or so. Let me know when it's finished, because my philosopher's soul cannot bear the simultaneous, effortless prestidigitation that accompanies the assertion that academies are both the solution and desecration of education's young dream, that lollipops, group work and independent learning tasks result in exponential rates of value-added, and a million other axioms welded, unwillingly, unwittingly to the innocent, unassuming figures.

I'll leave that to my betters. What I will do is pick up on the first wave of analysis I walked into; this article on the BBC News website. It was comedy gold, and managed to commit about five out of my ten favourite lazy education journalism clichés that I wrote about here. YOU WOULD ALMOST THINK THAT PEOPLE DID NOT READ THIS BLOG AND IMMEDIATELY AMEND THEIR WRITING HABITS.

1.'Just one in 15 (6.5%) pupils starting secondary school in England "behind" for their age goes on to get five good GCSEs including English and maths, official data shows.'


The crux of this proposition seems to be the quite spectacularly unspectacular claim that many students who start off secondary school with low grades/ results/ reading ages (insert your barometer) often fail to dazzle the world with their understanding of Proust and Heisenberg's Uncertainty Principle by the time they leave, as measured by average GSCEs. So let me get this straight- are you implying that kids who aren't doing well/ aren't too bright in year 7, are often still not doing well/ aren't too bright by the time they leave school? WHATEVER NEXT? People who eat too many buns often more overweight than other people? Short kids become short adults? Who knew?

Another beautiful assumption is that this kind of thinking requires that we accept there is a level they should be at by that point. Of course, what this means is that there is a statistical mean that most have reached. Which means there will always be some above and below that magical intersection of the many and the few. If everyone reached that point, then...the point would simply be moved higher. The headline might as well have read 'not everyone above average' and stood back in awe at itself.

2. 'The government data published as part of secondary school league tables suggests the majority of schools are failing struggling pupils.'


OH THE DATA SUGGESTS THAT DOES IT? WOULD YOU LIKE TO COME OVER HERE AND SUGGEST THAT? OH BOY I HOPE YOU DO BECAUSE MY FRIEND I HAVE A NEW TYRE IRON I WANT TO TRY OUT. 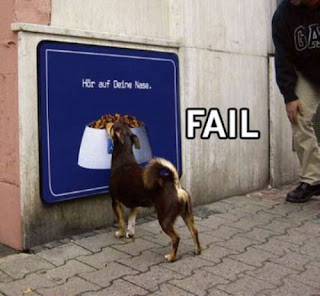 We're failing them again! Failing, I tell you, failing! Man, that is fighting talk. Every time someone falls over, someone has failed them. When a patient dies on the table, did the surgeon fail? Or did they die? When I see a KitKat wrapper on the pavement, have the rubbish men failed? Is a mugging a failure of the police? It's raining today. Did Michael Fish fail? This absurd, utopian framework, where anything bad that happens is evidence that someone somewhere has failed is laughable. I particularly like how the definition of failure here is 'not making everyone smart,' 'Not getting everyone 5 A*-Cs' (which was itself a target plucked from the ether) and 'not ensuring everyone succeeds.' Jesus CHRIST but that is a high bar to hurdle.

And that was just in the first two sentences.

By the time they got to:

'As expected, those from disadvantaged backgrounds (classed as those on free school meals or in local authority care) do less well.'

...I gave up. My satire muscles are sore from straining. New bollocks, please.