Newsnight, and the Dark Arts of Exclusion

Did you see Newsnight? DID YOU SEE NEWSNIGHT on Monday? It had a feature about Academies, and how they are linked to the DARK ARTS. Not, as you suspect, a reference to the Hogwarts curricular black hole into which new staff would annually tumble (sorry, that was DEFENCE against the Dark Arts), but a way to describe how academies seem to exclude a lot more strudents than LEA controlled state schools, with the implication that there's monkey business afoot.
The presenter said that, 'The most vulnerable pupils’ are at risk of being managed out of the system, sacrificed for the league tables. It’s funny that when people outside of education say the phrase 'vulnerable’ they often seem to mean the kids who write C*NT on the corridor walls and spit on each other. Vulnerable. Yeah, that’s what I think when I see them. They’re vulnerable. What bizarre dimension are these people from? When I hear non-teachers use words like that I feel a bit awkward, like when someone you think is nice uses a racial slur, or like when a child says, 'Is fire hot because it's angry?' and you go 'Aww, they don't get it, but it's sweet.'
It’s a great story: we have a favoured government initiative; we have a desperate need for that initiative to appear successful; and we have evidence that in order to obtain this evidence, such schools are prepared to sacrifice children on the altar of self-advancement. The BASTARDS.
But the whole piece was as empty as the inside of an atom, completely without substance. It was one of the oddest, and least informed pieces I have ever seen on Dame Newsnight. Let me be clear, I have no pro-academy axe to grind; they have advantages and disadvantages, like any initiative. They are neither the solution nor the cause of education’s ills. But this was Hogwarts-wash.
Here are the home truths about this situation; this is what really goes on in schools, not the partial perspective of the dilettante:
1. Schools hate to exclude pupils permanently. Why? Because it makes them look terrible. One of their success criteria, expressed through the medium of Ofsted, is how low their exclusion rates are. This is based on the idea that a school with high exclusion rates must have really bad behaviour OR be really bad at dealing with behaviour. Of course, this is the exact opposite of the truth. A school might have high exclusion rates because it has really difficult children in its locus, and in order for the school to function, there might be a high number of exclusions;  imagine an area of high crime- you’d expect more arrests, more sentencing, etc. It isn’t pretty, but that’s the way the world is.
Except that’s not the way some people see it. High exclusions bad, they bah, which means you’re a bad school. So the most obvious things that schools now do to improve their AAA rating with Ofsted is...they don’t exclude. It’s as simple as that. If excluding kids gets them into hot water with the LEA or Ofsted, then exclude they jolly well won’t. If this sounds brainless, it’s because it is. It is not unlike tutting that crime rates are awfully high...so let’s get those bloody figures down by not arresting people. Crime rate down, job done! Oh dear, someone appears to have stolen my car. Doctor doctor, it hurts every time I do this; well, don’t do it then.
2. Permanently excluding is nearly impossible. Do you know how much paperwork has to occur before a child can be permanently excluded? LET ME TELL YOU IT IS A LOT. It is nearly impossible to exclude a child. Let me assure you that if a child is anywhere near being permanently excluded it is usually not because they have been misunderstood by a system that didn’t care. You have to tell a LOT of teachers to go fuck themselves to even get close. We are not talking about angels with dirty faces. You have to bring a whole drawer of knives in to start building up a charge sheet that will get you more than a few days out. Believe me. 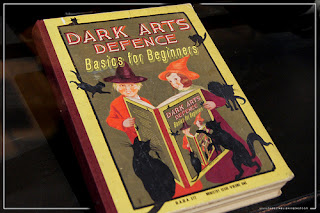