Eduspeak: why Wilshaw still has a battle to change the orthodoxy of Ofsted, Part 1 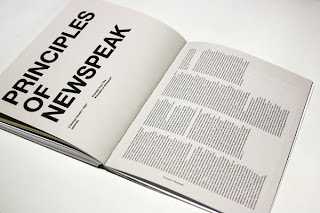 "Don't you see that the whole aim of Newspeak is to narrow the range of thought?… Has it ever occurred to your, Winston, that by the year 2050, at the very latest, not a single human being will be alive who could understand such a conversation as we are having now?…The whole climate of thought will be different. In fact, there will be no thought, as we understand it now. Orthodoxy means not thinking—not needing to think. Orthodoxy is unconsciousness."

Sir Michael Wilshaw, has set his shoulder to the task of turning the tide of Ofsted. Repeatedly and very publicly (recently here) he has stated that, among other things, he believes there should be no preferred teaching style; that lessons observed by inspectors can be dry and didactic, or jolly and jazz-handed, so long as it can be discerned that the students are learning.

I, and many others, welcomed this like Christmas. The bulldozer of Her Majesty's Inspectorate is central command's most powerful lever over the direction of how schools behave. It cannot be over emphasised to the lay person: Ofsted has become, since it's inception, both the lash and the rack of contemporary school culture. Along with league tables and parental choice, it can praise schools or bury them. Gladiators, sweating  in the Coliseum knew the same feeling, waiting for Caesar to laud or liquidate them.

The result? As inevitable as the crocodile running off with Mr Punch's sausages: schools spent more time working out how to please and placate the inspectors than satisfy their intrinsic aim of education. Management meetings rocked to the mantra, 'Will Ofsted will be looking for this?' and everyone slapped their heads like monkeys. I can barely describe how angry this makes me. I didn't enlist in this man's army to satisfy a bureaucracy- I came to teach, and protect children, to give them the best of my wasted, unworthy knowledge and hope it serves them.

You see it everywhere: CPD courses with names like 'Teach the Ofsted way' or 'Integrating discovery learning into your virtual learning platforms the Ofsted way.' Books, INSETs and agendas, all genuflecting at the altar, sacrificing children's interests in the hopes that this year's harvest of absolute grades and relative progress will be a happy one. Will the Gods be pleased? Have we done enough? Are our offerings sufficient, like Abel's, or will we be marked, like Cain, as Unsatisfactory, and doomed to walk the earth, cursed by parents?

Decades of this, and schools have practically forgotten what we came here to do. Rather than craft lessons aimed at excellent learning, many see their purpose as pleasing the Ministry of Silly Teaching, chasing the external metrics of a healthy school instead of working out how to be well. You might as well paint rouge on the cheeks of a cadaver, hang it from a hook and call it a groom. The outcome has become the only goal, and Ave, Caesar, morituri te salutant.

Cue, The Inquisitor-in-chief, Sir Michael Torquemada Wilshaw. Unlike many of his predecessors, he's the real deal; he realises that Ofsted has been a dog's banquet for a generation, and wants to change that. He understands that inspectors shouldn't expect a preferred teaching style, because, well, because who gives a damn? There is no one way to teach a class, and plenty of odd dogma that emerged in the 20th century that clearly restricts learning- which didn't stop it becoming compulsory in every classroom, like VAK, Learning Styles and so on.

If someone inspects my teaching, I need some kind of reassurance that the observer knows more about teaching than I do. Frankly, while some are stalwarts, many do not convince. And as it happens, when I know the Dementors are expected, I dust off my Ofsted lesson, do my Ofsted monkey dance, wave cheerio, and then get on with my damn teaching the minute they leave, washing the craven memory away with Talisker later on.

Old Andrew has done a fine vivisection of the problem: The Burra Sahib of School Inspections doesn't look for, or judge schools on teaching styles or groovy hipster dogma....but many inspectors still do. Read OA's blogs on the matter if you're not convinced. The problem isn't Wilshaw; the problem, like a greasy spot, is on the other side of the window pane, and you can polish as much as you like, it won't shift.

Which finally brings me to the opening quote. The problem, which I'll return to in a later blog, is the contemporary language of education. For decades now there has been a creeping shift in how it is even possible to speak about teaching, learning and schools. To put it bluntly, there is now a Newspeak dictionary of what it is possible and isn't possible to say. People now talk about students as stake holders, and I think, Jesus, when did that happen? Classes as Learning Zones; corridors become break out areas. Pointless surveys and opportunities to bully staff are justified as 'student voice, innit?'

Worse, it becomes possible to write and speak about education using nothing but these shibboleths, saying nothing, but sounding as if you are. As someone once said, 'For someone who speaks so much you talk a lot of shit.' You can read a sentence like 'A Good lesson, evidenced by the way the discovery explorers were engaged, independently thinking then sharing higher level thinking where their opinions were valued and reflected,' or something equally moronic. And it sounds like it means something. Yet all it does is reflect the ocean of preference and prejudice of the inspector, rather than an even handed duty towards discerning if kids are learning.

The whole language of education has been harrowed and replaced by an imposter language, a Newspeak grown in the laboratories of fashionable orthodoxy and released into the wild. Some concepts are practically impossible to express using it- try saying that kids need to 'get in trouble for misbehaving' and see how many tuts you get; I normally use 'sanction' as a safe replacement. Some words, like 'literacy' have had their meanings speyed and substituted by bloodless simalacra: witness how it used to describe being able to read, write and speak fluently and fluidly in one's tongue, and how it now appears to mean 'can use an IKEA manual and browse for Flash games,' I mean, kill me.

That's what Wilshaw is up against. That's why it's so hard to change things on the ground. The solution, as best I can see, goes beyond simply installing a competent and righteous Top Banana. The whole thing needs a reboot; new inspectors, new training. The old guard won't change their opinions on teaching. You want change fast? Dismiss the thought police and replace them. Otherwise, abolish the whole thing and start again, because Oftsted appears to be dragging the chains of its past with it.

If you're looking for someone to help with the axe, my number's in the book.