Would you like a tissue for that? Why teachers make terrible therapists 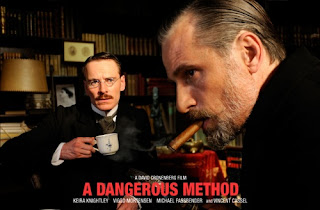 From the second I stepped into classes, I started to drown in the issues that running a room with multiple students entails. Children who come into school with clothes unwashed between weeks; hungry kids; latchkey kids; kids enduring abuse, domestic humiliation, poverty and anxieties of every conceivable shade. Unless you are very fortunate, or very callous, you cannot have failed to notice this. Even in the most fragrant arbours, where every physical need is met there are camouflaged pockets of deprivation in other areas: neglect, abandonment, cruelty.

And it struck me, equally instantly, that classrooms are terrible places in which to do anything about this. Yet we are tacitly expected to. One of the problems of philosophical models of humanity is that it often assumes that people are perfectly rational, when they are clearly not; similarly, many school structures are constructed on the understanding that children are neutral recipients in the classroom experience, when they are reagents. Children are like Jacob Marley, dragging the chains of their entire lives with them.

It is essential for the teacher to lay clear boundaries, to police those boundaries, and to reward and sanction as consequence demands. These foundations are the womb of structure, creating a safe space where everyone is valued equally, where children know where they stand, and where they know what they have to do next. Without structure, law and consequence there can be no justice, no education. That's absolutely fundamental to the efficient execution of learning in an institution.

But what about the ones who have problems that cannot be amended by clear boundaries and consequences? There are children tortured by anxieties and social dilemmas so enormous that it is almost impossible for them to comply in a meaningful way. This can range from autism to Tourette's, to the knowledge that their father will be ready with a belt when they get home, because it's payday and he's drunk. What then?

And this is where the dislocation occurs. Every school has children that need extra help. But the place where this is often expected to occur is within the classroom. Take a humanities teacher in the average secondary school. He might stand in front of 300 different faces every week, many of whom might be seen once only. There will certainly be about 25 children in every room. Even if he divided up his time equally between them, they would be lucky to have two minutes apiece, and that would mean no teaching at all.

Who can stop the Juggernaut?

And teaching has to be done. It's our primary role. It's how we're held accountable. The juggernaut of our jobs doesn’t slow down because one passenger has taken ill; try to do that too often, let the bus go under 50, and the bomb goes off. So children, whom with support could be turned around, are instead crushed under the wheels of the truck.

And I'm not criticising the truck. I’m driving the damn truck. Teachers don't have the ability, the time or the resources to run personal mentoring sessions with every child. If we did, we would never leave school, and neither would they. Unfortunately, the very best thing, the most efficient thing that can be done in instances of, for example, bad behaviour, is the administration of clear boundaries and the consequences attached to them. As a strategy, it has the benefit of utility for the majority of children, whose behaviour is amenable to direction, and who have the inner resources to respond to the prod and the goad of punishment and reward. But the minority: the very broken, the fractured, the abused, the vicious, the totally lost, frequently fail to respond. The process must continue, otherwise we ruin the structure that keeps most of us healthy and whole, but the imperfection is obvious.

The problem is partly resources. A child who is paralysed with anxiety about looking stupid in lessons might curl up like a hedgehog in the classroom. A good teacher will be able to spot the difference between shades of refusal, but apart from a few carefully chosen words in or after the lesson, and a short chat with home, that's as much time as we have before we need to deal with a hundred other issues. To help that pupil through their non-compliance is the work of several weeks of coaching, coaxing, probing and mentoring.

Or the problem might be worse, and it's a kid with ten years of mucking about under their belt because of a million other reasons; yet we have to tend to them too, and hope that we can unpick the million stitches of their lives and accrued character and somehow teach them about German verbs or trigonometry. Sisyphus would pity us.

The point of well-run behaviour management isn't just to identify those who should be praised and punished; it's also to identify behaviour problems and then refer them to ways in which these behaviours can be amended. And that's when the system breaks down, because we simply don't- in the majority of cases- have the time. Nor the training. Do you know how to deal with an anorexic pupil? A pupil shuttled between homes all her life? A pupil who believes she's evil and worthless?

We were asked and trained to teach. We were hired for our subject expertise and perhaps a classroom skill. But we are required to be therapists, and we simply aren't. The classroom is the very worst place for that sort of help. Good mentoring and coaching is done in small groups, probably one-to-one. The adults who are good at this usually aren't teachers. And teachers are often very poor mentors, not through deficit of will, but of opportunity.

I spoke at a conference about mental health this week; the audience were mostly therapists, child psychologists and the like. And I was fascinated by the abyss that existed between their role and mine. My job is to run a room and teach my subject. Theirs is to mentor and heal. If you've ever been given an Ed Psych report on 'teaching styles suitable for pupil x' and looked at it with scorn, you'll know what I mean. It's easy to say 'child x should be allowed to run around the room when he is anxious' or 'let him leave the room whenever he wants' but it is the very devil to run a room that way, when the other children, quite rightly, wonder why they can't enjoy the privileges of the statements party.

And I can understand a child therapist rubbing their brow in despair when I talk about the need for fairly rigid classroom structures, where pupils have to be taught that their actions will have consequences, pleasant or not. My tactics are blunt, and designed to appeal to the majority. But I work with a best-fit model. the therapist usually doesn't  teach classes, and his little idea how one-to-one relationships become scaled up to the level of a class.

Schools on the Couch

The schools best at this are ones that make mentoring a backbone of their strategy; where the internal exclusion unit is run by trained professionals who have experience in both child behavioural issues as well as subject knowledge. Where children who deserve punishments are discerned from children who need assistance. Where exclusion from the classroom is as much about a genuine effort to identify and deal with problems rather than simply a short spell in the cooler. If teacher's timetables were reduced, this would be a huge step, because then they would have time, not merely to plan and assess, but also to consider these issues. Or perhaps better still, the role of the tutor, or Head of House could be made muscular, and given the time and training they need to focus on these matters.

As it stands, the two groups need to understand each other more. Teachers aren't therapists. Therapists aren't teachers. When we pretend they are, everyone’s a loser.
Email Post
Labels: mental health teachers therapists