The Olympic Legacy for Education 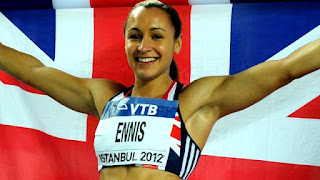 As I write, the Übermensch are making nations of boggling Calibans like me vibrate with silent, reverential awe as they caper, vault and hammer on the envelope of human possibility. Something wonderful has accompanied them; the cynicism and (sometimes justified) schadenfreude about the bureaucracy of the project has been swept away in a touching Mexican Wave of sincerity and admiration. From the first bars of Danny Boyle's satisfying smörgåsbord of wit, sentimentality and spectacle, even the Olympic pedants of Twitter were struck dumb, like a mass, Damascan conversion in cyberspace.

So what does it signify? A goldmine of meaning and understanding about what we value and how we choose to achieve it. These games are the incarnation of what we perceive to be excellence, the word made flesh. And that scans precisely onto education; already the chattering classes (of which I am a citizen) have started grumbling for their countries: Lord Moynihan has stated that the independent sector's domination of the medal table is 'one of the worst statistics in British sport.' Lord Moynihan, who attended a boarding school under a music scholarship, strikes up a common, faintly boring air that is played at every such event. You might as well ask why richer people have bigger cars. Some people will never be happy, it seems, until the demographic of economic position is perfectly mapped onto every other demographic possible.

What do the Olympics actually tell us about education?

If you build something, the bricks have to come from somewhere

So far, it appears that the promised Apocalypse of transport gridlock failed to happen. London can be navigated with as much ease as such a metropolis allows. To my mind this indicates that the transport planning has been successful. WIN? Not a bit of it, apparently, as men with Armageddon placards wail in corners bemoaning the loss of consumer footfall. They are apparently oblivious that when you move something, other things move to accommodate it, like shifting a coloured square on a Rubik's Cube. This is also a common headline in education every time a new policy is invented, and shrieks rise up declaring that some other group has been disadvantaged. No change benefits everyone. Progress requires advantage and its opposite. Nothing incredible was ever built without effort, and sacrifice. The only way not to disturb anything, is to do nothing.

For Adam Smith, competition was the fuel that propelled innovation; Mickey Marx decried it as the goad of the beast, pitting brother against brother. In schools, too, we often see apprehension about where to put the competitive spirit. I remember at my secondary the Head Master announced at an assembly that we would no longer have school prizes because it was elitist, while we looked at each other and thought, 'You BASTARD' and quietly vowed to each blog about it decades later. At some schools, Sports Days have melted like mist in the face of this anxiety. Levels replace grades, in AFL, grades vanish entirely in case children fall victim to the vice of comparing themselves against one another, and like Jamie's Dream School, no one leaves without a certificate and everyone's a winner.

Well, as I like to keep mentioning, when everyone's special, then no one is. You don't have to subscribe to Gore Vidal's lovely saw that, 'It is not enough that I succeed; others must fail,' to believe that competition is a healthy and human part of our outlook. Unfettered, it becomes an egoistic burden; directed, it becomes a powerful incentive to human achievement. You think all those athletes would be just as happy running and leaping by themselves? Not a bit of it. The sound of spiked plimsolls drumming the track inches behind you turns a run into a race into a chase, and ambition is multiplied. Children need competition too, guarded and monitored by an adult to prevent its excess.

Right now, a nation is hopping up and down about, amongst other things, medals, wins and dramatic narratives of prowess. There's a lesson for the classroom there. I chide any child in my class who doesn't do as well as I think they could do, not the predictive quack prophecies of the FFT scatter graph. I push, I coach, I nudge, I harass, and I praise, according to their ability. And if someone does a bad job, I bloody well tell them it was a bad job. No one is served by wet platitudes about 'well, at least you turned up.' Children deserve better. They NEED us to be better.

Winning isn't everything though; we also value trying. I've heard some brainless, sub-Talksport debates about whether success is winning or not. We value both the achievement and the effort. If we didn't then the Paralympics wouldn't exist: we don't look at the achievements of Paralympians and say, 'Yeah, but Wiggo was faster, who GIVES a f*ck?' (actually, the Daily Telegraph might say this, but we'll gloss). In fact, if we didn't, we wouldn't have women's sport at all because 'they mens is all quicker, innit?' We do celebrate the ones who defied the percentages and nearly made it.


Exams are getting easier.

I've heard people say, 'Well, Olympic records keep getting smashed,' they say. 'Surely this means the 100m is getting easier, ha-ha take that people who think exams aren't as hard.' And of course it doesn't, because for a start, all the best times are now millimetres away from each other rather than miles. And also best times can't regress; they can only get beaten, eventually, which given thousands of athletes all smashing themselves against the wall of human possibility, is bound to happen eventually.

We want to be proud of ourselves

Patriotism is the last refuge of the scoundrel, it seems, but we don't even have to succumb to this to admit that feeling that we share values, that we can participate en masse in some gargantuan, unifying communal event, even as spectators, is a baptism of satisfaction and value. We need shared values and communal hopes to flourish not only as citizens, but as individuals. Never mind that this sentiment is often exploited by the ruling classes to direct nations to war and consumption; it is also a powerful pillar of succeeding in a society. You don't have to divest yourself of the liberal attraction towards individualism and autonomy in order to perceive the value of the polis.

Schools need to understand this; I've seen schools that are almost apologetic about proposing shared values and ambitions, as if they were terrified of offending anyone. Perhaps it's the necessary uncertainty of a largely post-religious state that is still coming to terms with absolutes and foundational truths in the absence of God. Whatever it is, schools, teachers and parents need to be careful to represent values towards their children; if they don't, the children only learn to value what they themselves considerable desirable, the values of their immediate peers, or worse, nothing. We are not carbon neutral in their lives; we are participants, not observers. We are catalysts. We might as well be good ones.

How do we provide for the most able?

Can you imagine being Jessica Ennis's PE teacher? I imagine it would be a mixture of pride and fear. I know a lot of teachers struggle to know what to do with the most able, so they just give them loads of extra work, or let them sit quietly texting when they finish. One casual factor in this has been the accursed league tables, with their damned obsession with the D/C boundary that meant schools raced like Usain Bolt to assist the borderline babes, and ignored the very best and the very least able as done deals. A plague on this House, that condemned 2/3 of our children for being too bright or not bright enough to care about.

Actually, most PE teachers I know are pretty good at catering for the most able; extra coaching, out-of-school clubs and so on. It's in the classroom I'm most worried about, as some teachers still treat the more able Olympians of Geography, History and English as lower priority students. There's no more G&T program (if indeed, it was effective, it was because it at least focussed on them as a group in need). Now we need to make sure that all able students are pushed as hard as they can bear if they're not prepared to do it themselves. And many aren't. They are, after all, children. Some mornings they want to train in the dark, and sometimes they don't. Our job is to play the part of of Burgess Meredith in Rocky, cycling along beside the great Italian hope as we chew on a stogie and shout 'Ya needs ta run faster, ya bum!' through a megaphone.

The legacy of the Olympics shouldn't just be about stadia and vajazzled lawns rising from the marshes of Stratford; it can also be about what we mean by excellence, and how we want to achieve it. Which means schools. Which means how we teach.