Lessons from Poland: why international comparisons are sometimes odious 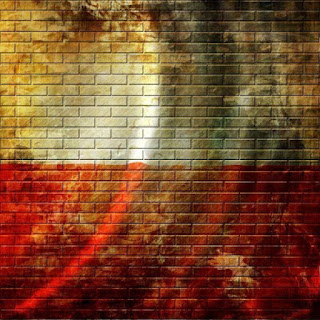 I recently spent some time in Poland. I promise not to make this a 'what I did in my holidays blog' because there's enough of them and one day the internet will be full and then we'll all be sorry and I'll point to the kitten Tumblrs and Facebook inventories of people's childrens' stools, and I'll say 'You did this.'

So, Poland. I've been many times, seen Polish schools, spoken to Polish teachers, and worked with Polish teachers who have also worked in the UK state system. If you read the latest reports, you would think (correctly) that Poland is some kind of Eastern European educational tiger. Its school system has been collecting laurels like Michael Phelps attracts gold discs on ribbon.

'The most recent test results from the OECD's Programme for International Student Assessment (Pisa) show that Poland is ranked 14th for reading, ahead of the USA, Sweden, France and Germany - and well ahead of the UK in 25th'

'The OECD points out that Poland's reforms have raised performance to the same or higher levels as those of the USA and Norway, "despite spending less than half of what those countries spend on education".'

Good for Poland. But why should we care? Because in the big economy of international politics, countries no longer simply compare pupils with pupils and schools with schools; they now suffer comparisons with other nations' education systems.

And running research into how and why children learn better is time consuming, expensive and difficult. The possibility of simply looking to other systems and learning from them is very tempting. Witness the safari-park tours of any country that appears to be doing  well: Finland, Singapore.

And now, Poland is, like Hansel from Zoolander, SO hot right now. People are wondering why. But they're coming up with the wrong answers. Kids in Poland read real good better and at half the cost. You bet people want to know how that happens, so they can strip mine/ frack it back in skips to the UK. So what do they think is the reason for this Warsaw symphony?

Some of the proposed reasons are sound: schools, freed from the Soviet yoke, deloused their curriculum of state sanctioned propaganda (Russian Lessons were compulsory, as was Citizenship, which makes me like it even less than before). Others have, completely sensibly, pointed out the enormous appetite for improvement that followed the liberation of Poland from the communists after the fall of the USSR.

It cannot be emphasised enough to people in the West the difference your position to the Iron Curtain made. For us, World War II ended in 1945, after a period where most people knew Fascism only remotely through privation, isolation and shelling. The Poles lived through a savage occupation, followed by an even more savage second occupation by the Russians. The desire to seize and enjoy the fruits of the tree of liberty were understandably strong, and education has always been seen as a way to achieve this.

Polish children attend Primary School, from about 5 to 12 years old. Then, they sit a compulsory entrance exam which determines which secondary (or gymnasium) school they attend for 3 years; then another compulsory, competitive exam which determines which type of upper secondary school they attend- either a technik (more vocational) one up until 18/ 19, or a liceum, a sort of sixth form that prepares pupils for university entrance.

So what many propagandists in the West conveniently ignore is that the Polish system is quite close in many ways to the tripartite system of grammar/ comprehensive/ technical schools. But most people who admire and laud the Poles conveniently forget this, or don't mention it. When some form of quantifiable success is spotted in any emergent system, it becomes a magic mirror, reflecting and confirming what people already believed to have been the reasons for its success.

But I don't see any of this as of primary importance. The answer is much simpler: extremely well-behaved children, on a nation wide level. Adult authority is still deferred to in Poland, and teacher authority more so. Children misbehave to only a fraction of the extent that teachers in Western European Democracies frequently report. The extremes and excesses of the UK classroom would be viewed with horror by most Polish children, who also know that if they receive a certain number of demerits from a teacher, they can be held back a year for behaviour alone, not just for academic underachievement. (Click here for more.)

I struggle to understand why some people don't see good behaviour as one of the most fundamental influences on children's education. It isn't just one issue amongst many, it's foundational. If you have well behaved classes where kids tacitly assume the deal is to work at least reasonably hard, then you can take kids to the Moon in your lessons. If you spend most of your time dealing with so much poor behaviour that you don't even see it as poor any more, then that's an issue.

To say 'elephant in the room' is a tired metaphor, but it's absolutely applicable here. In Poland, kids behave really, really well. Families value education. Families also reflect a much more pre-war (for the UK) model of organisation: stable married families providing long term structure and routine, and support for children as they progress.

From my own experiences and interviews with teachers, I would also add that people in Poland really, really value education: they see it as an absolute asset, and they treat it with care. To have your child waste their time at school would be seen as a disgrace. And children and families have to provide all their own pens, pencils, exercise and text books. That's why it costs so little. Because families assume that you would provide your own equipment, and make space for it in the family budgets, no matter how poor. It's telling that, at a Polish wedding, many of the gifts that guests present to the bride and groom will take the form of pencils and other equipment, which is then traditionally donated to a local school. That's how embedded in the culture it is.

And if you needed more proof, consider that Poland has a Teacher Day, October the 14th, when teachers are brought gifts by children, and sometimes get time off; children prepare stories and speeches to say how much they appreciate their teachers.

Some might find some of this authoritarian and restrictive. Frankly, I am so down with it I can barely get up again. What amazes me is how people can come away from an analysis of the Polish miracle and forget to mention such intrinsically essential cultural axioms as these. Actually, I shouldn't be amazed. People often see what they want to, and like the abbots of Glastonbury claiming King Arthur's bones for their Abbey, will turn any success into a justification of their own position. We mythologise success easily, especially when the reasons for that success are so easy to obfuscate.

Which is, of course, a tragedy, when the truth is much simpler, but much, much harder to export.