I love London: raging against the anti-lifers 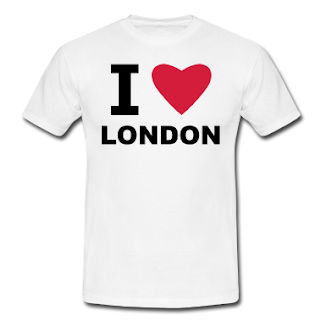 I'm going to start with a story about Crocodile Dundee.

That was the name of the eponymous Antipodean film hero back in the eighties. Dundee, an outback Indiana Jones has just arrived in Manhattan from the middle of the Australian desert. Looking down at the teeming masses streaming up and down 5th Avenue, his eyes nearly pop out of their sockets.

'Strweth,' he says to Linda Kowlaski, 'How many people live here?'
'Around nine million people in the daytime,' says his soon-to-be real-life bride. Dundee rubs his chin.
'Blimey. They must all really get along with each other.'

The joke (it's there, I assure you) leans on chronological context: at that time NY was still trying to shake off its reputation for violence and pushiness, so the punchline emphasised Dundee's apparent naivety. (Incidentally, that was the funniest moment in the entire franchise, apart from the bit where he pulls a knife.)

But I think our rural emigrant hero spoke more wisely than he suspected. He's right- they MUST be really friendly. Why? Because of the enormous population density and the concomitant pressures that puts on civil intercourse. Have you ever gone for a walk in the Highlands of Scotland, or the Rockies? What happens when you meet someone walking across a Glen? You say 'Hello' of course, aware that it would be bizarre to ignore the only other person in ten miles. Now consider how we interact on, say, the Tube, or a busy bus. You can have your chin resting in a stranger's armpit for forty five minutes, but never exchange so much as a nod, like a very shy orgy.

Why do we do this? Because urban life dictates that we live in termendous proximity to others; but human psychology doesn't readily adapt to those levels of fellowship. Or more simply, everyone loves a bit of space, but we rarely find it in economically developed communities, where expediency trumps instinct.

I live in London, and I live in this phenomena. The last time I checked (which was a while ago) the population density of my favorite city was around 700 people per square mile. In Canada, that figure is 7 people per square mile. And they often leave their doors open all day. I swear, there's a gap in the market for a fleet of Brit vans to go over there and empty the place without a fuss. My point is that it takes a tremendous amount of civic duty and responsibility to live successfully in society. As every teacher knows, it often only takes one dedicated nut-job to ruin a lesson, just like it only takes one mobile phone to spoil a play, or one thief to make evryone lock their doors at night.

Creation is always more difficult than destruction, because destruction aims to no end other than disintegration, whereas creation aims towards a singularity. Societies are harder to sustain than the state of nature; everything tends towards entropy, and in order for us to refuse this, we have to rage, rage against the dying of the light.

Every society, even the bad ones, are a success over the alternative: chaos. Aristotle said that anyone who could exist outside of scoiety was either a God or a Monster. Well, I think we saw that there are some monsters who live within our society, who feel no shame in taking what isn't theirs, and ruining what they haven't created, and couldn't create. We shouldn't be surprised.

But we also shouldn't be complacent. I've watched the riots from abroad this week, and I'm desperate to get back and be part of a society in which I'm desperately proud: London, with all its raggedy, glorious history, diversity, lustrous as Elysium and dishevelled as any Tartarus, the best of things and worst simultaneously. It, and cities like it, are tremendous successes, a constant act of creation, as restless as the Thames and as perpetually new, however muddy it appears. Its very existence is an act of defiance against the agents of nihilism and despair. These people are the anti-life; they exist only because they can think of nothing better to do.

So what can we do? I adore New York's ability to unify behind a sentimental and mythologised sense of itself. When I see the clean up crews picking up the debris of nocturnal chaos, when I hear proud residents sharing time and sweat and necessities in order to help one another, we see the other side of humanity- the golden part, the angel within. Communities rest on a knife's edge: on one side is an abyss; on the other, a shining path leading up. In the last three days we have seen both, and proven again that the darker the shadow, the brighter the light in front of it. 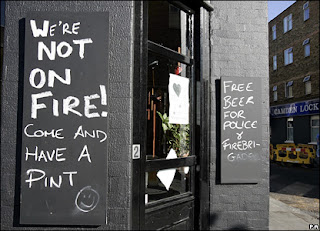 What we need (and I speak now to Londoners, but I hope this can resonate in the minds of others) is for people to stand up and say how openly proud they are of their city; to say, without a trace of superiority, exclusion or triumphalism, that we live in a miracle; that we operate within the boundary of the greatest invention in the history of humanity: civilisation. That, while there will always be parasites and anti-lifers, there will always be love, compassion and humanity.

So today, I just want to say one thing.