All your homework are belong to us: Policing Cyberspace, and the week's news in education 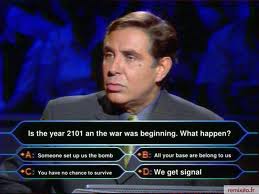 As I write, the Catholic Church is setting an extra space at the table for married priests; Zsa Zsa Gabor has had her leg amputated; the Periodic Table is being rewritten to allow for average nuclear weights; MySpace is being dressed for a coffin; somewhere in an endless, vast blackness, Voyager 1 is close to entering interstellar space; and in Italy, the Prime Minister has demonstrated that he could toe punt a cardinal into the Tiber and still get elected. We live in interesting times.

Here are some other interesting things in education this week:

1. Spoke to a brilliant school police officer, PC Anonymous, who told me about the virtual problem taking up a real-time chunk of his life: Cyberbullying. I've written about this here. This is now a huge problem, as the anonymity of the internet, and the dislocation of intent and harm caused by typing away on your lonesome, contributes to an explosion of children saying very nasty things indeed about their peers in a very public way. The odd thing here is that many of the comments made would never have seen the light of day had they not been facilitated by the secret, undercover world of the internet. In essence, Facebook and other platforms have made it easier for people to be bullied, victimised, subject to harassment and intimidation. And let's face it, at least it sometimes takes balls to say those things in public; in your bedroom, hiding behind someone else's name, it becomes as easy as logging on.

So how does he tackle it? Scotland Yard now has a dedicated unit for dealing with this problem, and all that a police officer has to do is to contact this unit, who in turn contact Facebook- if they see any posts that break their terms and conditions, they can perform the ultimate digital disinfection: deleting the account. The reason that this is important is that many teachers and SLT think that this is a complicated, technical process; it's not. It's as simple as reporting anything else. And believe me, it's worth not ignoring this kind of bullying- to the victims, it's as real, and perhaps often more personal, more private, than traditional bullying over pocket money, because it invades their bedrooms. Worse, it involves their on-line personae. We have a generation of children who increasingly identify their self-image with their on-line presence; their avatars, their usernames, the groups they join, the content they generate. For someone to have that element of their identity attacked is to feel a very peculiar and omnipresent form of being haunted. The on-line world has no physical form; it surrounds us conceptually. How do you run from that?

And it's not just teenagers: in 2009, research by the Association of Teachers and Lecturers and the Teacher Support Network suggested 15% of teachers had experienced cyberbullying, often from parents.

Equally, the sensation of having one's account removed is, for some teenagers, akin to having an elbow removed (or a leg?). In some ways, it's the perfect sanction; for some, devastating, yet involving no actual physical punishment, merely the to-be-expected outcome of breaking a contract, buried deep within the bits of Facebook nobody ever reads (usually right next to the bit about them owning everything you upload to Facebook, and your rights to privacy, which can be summarised in a haiku). You can tell that it's traumatic, because there are Facebook groups already called things like 'They deleeted mi payge for no reeson Facebuk ar crimnals,' and other unlovely contortions of grammar and syntax. (Oddly  enough, although finding some of the settings information on Facebook is so complex that it appears to be an attempt to introduce gamification into the experience, the terms and conditions could be discovered by a dog with no nose.)

Here are some of the transgressions for which Facebook can delete your profile. Section 3 of their terms of use say:
Section 4:
So if you have to deal with anything along these lines, don't shrug your shoulders and say, 'Well it's the Internet, innit?' Give your friendly copper a call, and watch some instant justice being meted out, Tron-style. I guarantee satisfaction.

2. I adored this story about Leonora Rustamova, a teacher who was sacked in 2009 for posting fiction on-line that featured staff at her school, as well as students, and included scenes of a...sexual nature, including the sexual fantasies of named pupils about...er, her. Far from thinking that perhaps, maybe, just this once, she might have stepped over the line a bit, she defended her actions as innovative and was designed to engage the boy pupils. I. Bet. It. Did.

Insanely unguarded woman; it's the lunacy of the 'I was just trying to get them on side', and her defiant refusal to see that this might be so far off the spectrum of acceptable practise for a children's guardian, that makes her exactly the sort of person the CRB is designed to snag. The reason why I love this story, apart from its sheer mentalness- and after all, nobody really got hurt as a consequence- is that it acts a perfect baseline for any teacher wringing his or her hands and wondering if they should allow students to, for example, email homework to them or something. 'Oh well,' they can now say, 'At least I'm not Leonora Rustamova.'

3. Also from the BBC, a report from a 'leading digital education charity, the E-Learning Foundation' suggests that deprivation in the UK now has a new face, and a brand new benchmark to which it can refer: a million children in the UK lack access to the internet at home. You heard me. A million. The report suggests, in the most serious tones, that many of these children risk being severely educationally disadvantaged by this lack of access. You can almost hear the knuckles being cracked as hands are wrung. Is that a Mission Bell I can hear?

I imagine that starving Kenyan children are extremely concerned about the rising levels of deprivation experienced by their British counter parts. Perhaps we should start a campaign in Haiti, asking them to contribute any Palm Pilots and iPads they may have spare. 'Please. Just one Wii console is enough to keep a whole gang of teenagers in Bradford  above the digital poverty line for a month. You can make a difference.'

World poverty. Perhaps they've heard about it? There may be an Oxfam in your high street they can pop into and pick up some notes. 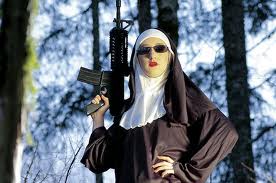 4. And, of course, a mention has to go to the English Baccalaureate, which is presently enjoying the attention of more suitors than a female toad trapped in a pond with a dozen Romeos. This is because the Humanities segment has been specified, by Gove personally it seems, to mean History and Geography. Cue: campaigns by RS teachers everywhere, paralysed with apoplexy at the thought that schools will sling all their Bibles and Prayer Mats in the room marked 'Citizenship', next to the desks with inkwells and the SLTs' testicles. But of course, it's always enjoyed a peculiar, special status on the curriculum- a compulsory, yet non-national curriculum subject with legally defined entitlements (although many schools ignore them, and OfSTED seem to have ADHD about it when they pop into schools). I suspect that RS will endure this regime, as it has for so long. Like the Vatican, it measures time, not in heart beats, but in centuries.

The Catholic Church has created a branch of itself to accommodate the Anglican converts who have flown from the Church of England into the Highest of the High denominations: it's called the Ordinariate, in a thrilling choice of nomenclature that could have emerged from a Phillip Pullman novel, with its suggestions of hidden societies and secret orders. These new priests will operate, not in an diocese, but in a notional space, rather than a geographical one, and be headed by an Ordinary, which as a title, is not devoutly to be wished, perhaps. Or maybe it's a bit like Surgeons being called Mister- they're too cool to be called Doctor.So in an way, they're a bit like the members of a Facebook group, linked by conceptual association and abstract affiliation. I wonder where their server is?

Life not imitating art # 332: You know The Shawshank Redemption, the film that's on everyone's top ten lists even though it's good rather than great, and if I'm honest,  a bit hackneyed and predictable? There was a charming scene where hero con Andy Dufresne locks himself in the Warden's room and plays The Marriage of Figaro over the tannoy to a transfixed, transported prison population. Well the same thing happened in a school near me this week. Only the hero of this story thought that, with his thirty seconds of precious privacy, he would treat everyone to heavy breathing instead of opera. Get busy livin', people.
Email Post
Labels: all your base are belong to us comment cyberbullying digital poverty gamification news RS Rustamova