Perfect isolation. Why the hysteria about removal rooms misses the point. 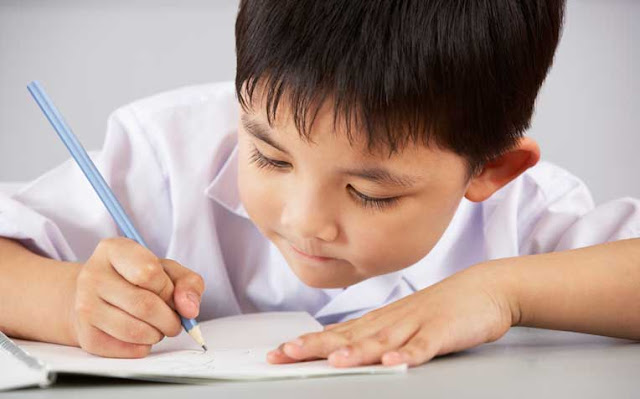 Every now and again a story about schools finds legs and I have to read it twice to understand if I’ve missed anything. Recently you might have seen a minor uproar as it was announced that ‘’schools are using isolation rooms to punish pupils as young as five years old’ and that this practice (‘dubbed barbaric’) is used ‘across the country.’ I’m certainly glad I was sitting down to read that ‘youngsters can remain there for up to one day,’ and I gasped to read that it was a ‘sign of an institution giving up.’(1)

I felt like I was taking crazy pills reading it, which was then picked u across a few more outlets, before exploding onto social media in a glorious firework display of ill-temper and scalp collecting.

Because using isolation booths is a perfectly normal, useful and compassionate strategy that is so common across the school sector that anyone expressing shock to discover it has, I can only assume, sent very little time actually working in a school. I can only imagine what they would think when someone tells them how sausages are really made. It’s easy to nurture fairy tales about how institutions are run if one never has to work in one or has never seen one run successfully. Well, I have. And they’re not a new thing. If you like you can find a CBBC report about them from 2005. And if you’re feeling adventurous you could read the DfE guidance from 2016 that says:

So, to be clear: isolation is when students are removed from the classroom, usually for misbehaviour, and taken to a designated space to work in a supervised circumstance. What it isn’t, is solitary and unsupervised confinement. But why let the facts stand in the way of a good panic?

Angst at the removal of students in the first place usually reveals, I think, the unfamiliarity of some commentators with the challenging classroom. This is not uncommon. Most people outside of these environments know little of how difficult it can be dealing with challenging behaviour on a daily basis. This is not The Bash Street Kids. This is not To Sir With Love, where Sidney Poitier wrestles with what we are told are delinquents, but who all sit calmly and discuss life with the teacher. Some students’ behaviour is very dark indeed. I’ve been sworn at, assaulted, sat on, threatened, pushed over, taunted, bullied, in my career. I’ve seen teachers sexually assaulted, surrounded in their car by gangs, and menaced by angry families carrying pipes. That’s high-end stuff. At the more everyday level, it’s not uncommon to have to deal with explicit sexual slurs, racist jibes, almost obsessive levels of disruption, shouting, leaving the room without permission, rudeness, malicious comments and work avoidance strategies that approach Olympic levels.

If you went to a school where behaviour was pretty civil on the whole, I get that you might wonder what teachers are getting so mean about. It’s just kids mucking about, having a giggle, being kids, isn’t it? But that erases the lived experience of teachers in schools where behaviour is…sub-optimal. And if you think it’s tough being a teacher in a room like that, imagine what it’s like being a student, drowning in a shark tank you can’t leave.

You're here for your own good

No, if we care about staff retention; about student wellbeing; about bullying; about creating environments where mental health is nurtured rather than harrowed; about education; about the dignity of every member of the class, then we need a removal policy. And that means somewhere to take them.

What's in a name?

Isolation spaces are called many things: removal rooms, inclusion rooms, reflection rooms. By all means, use the moniker that makes them sound the scariest, but what they do is provide a vital mechanism to maintain calm, civil, safe classrooms. What, I wonder, should we do when a student tells a teacher to fuck off? Or uses racist abuse against a classmate? Or punches someone in the throat? Or just make classes intolerable through the 1000 cuts of incivility and disturbance?

Some geniuses suggested ‘a quiet word to the side’ or ‘leading a class discussion about what we should do next.’ Good luck with that, never teachers. The instant you don’t make a big deal about such behaviour, you normalise it. What you permit, you promote. And unwittingly you make it more likely that the behaviour will be repeated. Students literally cannot understand why teachers don’t have students removed who swear or fight or humiliate staff. And they’re right.

All students have a right to learn, and teachers have the right to perform their job in safe and structured spaces. If students behave in ways that make that impossible, then it is entirely appropriate that the good of the community, the safety of others the dignity of the class is protected. There has never been a society that could permit its conventions to be abused and broken without response.

Couldn't you just ask them not to misbehave?

So, dispensing with the Pollyanna view that all students must be permitted to remain in the classroom regardless of what they do (which is sentimental nonsense advocated by the well-meaning witless) we arrive at our next consideration: what to do with them?

You could park them in another room, of course, and that has its uses. But it’s imperfect, inviting disruption to that room as well as the last one. You might decide that the student’s behaviour is indicative of some difficulties unique to them that need some form of support or succour. In which case one response might be counselling, or a pastoral meeting, or whatever balm is needed. But what if the behaviour is wilful, malicious, deliberate? What then? Of course, we can turn to sanctions as one option (amongst many) as a way of reminding the student that community rules are important, and their abuse can’t be tolerated. Of course, sanctions by themselves aren’t universally effective as behaviour modifiers. But what strategy is? Knowing with certainty that misbehaviour will result in an unpalatable consequence is one way we deter people from misbehaving. It has no innately curative powers. Nor is it designed to- any more than prison is assumed to reform character. What is does, is uphold community norms; it sends a signal to the rest of the school cohort that behaving badly towards one another won’t be tolerated; that consequences will unfold.

And I reiterate: sanctions are just one part of a school’s whole game plan to build a culture of dignity, compassion and wisdom; but a part it indisputably is.

Sitting at a desk with vertical slides, being required to work from textbooks and worksheets is hardly the act of a tyrant. It’s certainly not an ideal learning environment (usually- I can think of many circumstances when I would choose to do exactly this, when revising, for example) but the ideal environment- the classroom- is no longer an option as a result of the student’s actions.

Do I really have to explain all this? Apparently, I do. And that is why we still need to have this conversation. And why I am delighted that we’re talking about this, however imperfectly. Because schools need to see that, underneath the melodrama and the outrage and the inanity of those who believe children can be cured magically with nothing but love and smiles, there are teachers and schools working hard to build structures and systems where love and kindness can flourish, scaffolded by boundaries, direction and consequences. Where children can learn these virtues, and responsibility, and fortitude and sensitivity to the needs of others.

First do no harm, advises the Hippocratic Oath, confusing those who wonder if that includes the surgeon’s incision to stitch a kidney. Children need boundaries. Boundaries need guarding, or they aren’t boundaries anymore, but suggestions. We remove children from classrooms because we care about their wellbeing and the wellbeing of the community and attempt to resolve that tension by allowing lessons to continue while the individual student is sent into circumstances of short sanction, or access discussions and support impossible to provide in the presence of 29 other students.

Removal rooms: not only a good, but often- not always- a necessity. If you want to run a school scandal story, write about schools that don’t do enough to redirect misbehaviour, not those who are doing everything they can. It’s perverse that we’re in this stage where those taking misbehaviour seriously are peppered with arrows like St Sebastian, but here we are. What’s encouraging is that there are now enough teachers and schools on social media savvy enough to not stand for it and speak up. If you want to learn how to maximise the dignity and calm of a school, listen to those who have done it, not those who couldn’t find a classroom with a Sat-Nav.