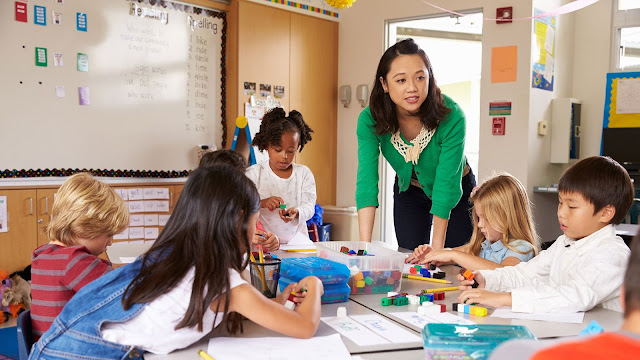 One of the most common worries people have is the fear that such environments aren’t inclusive. That they, by their nature, exclude pupils with special needs, vulnerable pupils, and those facing intrinsic and extrinsic challenges, from trauma to dyslexia.

It’s a reasonable fear- after all, if a behaviour system aims to high expectations for all, what happens when some can't reach as far? And if a system’s only response to failure to reach those expectations is a process of escalating sanctions leading to a terminal evacuation, don’t such practises inherently lean towards expulsions and the marginalisation of already marginalised children?

Thankfully, these fears are only realised if these systems are run badly, with no care for detail, context or nuance. I was inspired by a comment made by John d’Abbro, head of New Rush Hall, a special school in Ilford, Essex:

Good behaviour management is the same in special schools as it is in mainstream- high expectations, routines, consequences, and showing the kids you give a damn.


And that’s what we found. The fundamentals of a well-run school:

A) Apply as much to alternative provision as mainstream schools/ students
B) Benefit all students e.g. through structure, routine


Structure is perhaps one of the most important aspects that a school can most obviously attend to. Because structure benefits all pupils, those with special needs and those without. But structure also disproportionately benefits the most vulnerable and in need: looked after pupils, in the care of the state; students with learning difficulties, autism; the least able; the socially dislocated; refugees.

The School as an Ark

Well-structured schools are also an Ark: a safe haven from otherwise turbulent and difficult circumstances. This is because:

•School can provide structure that may be absent in other aspects of their lives
•It may be the safest, most stable place they know
•Well-structured schools minimise bullying
•Signs of mental health issues can be noticed and tackled more easily in quiet, calm spaces
•Calm environments minimise stress, triggers for poor behaviour or trauma


Plan for behaviour- get in front of it

Charlie Taylor, a former head teacher of The Willows, a school for children with complex behavioural, emotional and social difficulties, said:

‘Too often school leaders and teachers don’t think about behaviour when it’s good. They only think about it when it’s bad, which is counter-intuitive. When they have not thought about it and planned effectively they are disabled by the behaviour of just a few students. Planning for each individual child is vital especially when setting behaviour goals. Teachers just react to the child’s misbehaviour rather than having planned strategies in place.’


He was talking about special provision, but the lesson applies equally to all pupils. It is vital that a school gets in front of behavioural difficulties before they manifest. Nowhere is this more urgently needed than with children with special needs. By the time we react to their reactions, it is often too late to help; we need to help them before they need it, before their needs exceed their capacity to self-regulate.

But do high expectations exclude rather than include?

Quite the opposite. Because special circumstances deserve special provision, and the wise school care for such contexts. We think nothing of ramp access for students needing wheelchairs; no one is witless enough to query why a paraplegic isn’t running the 400m in PE. Such remedies and accommodations are easily understood. Pupils and sometimes schools struggle with the same reasoning when impairment, disabilities or difficulties are invisible to the eye.

High expectations are crucial to the teacher/ pupil relationship. This is because:

At the same time we need to acknowledge that routines and accommodations are not enough; that we need a mature system of responses ready when behaviour falls below our expectation. All schools need a behaviour feedback mechanism, often called a consequence system. But that is what it is- feedback for pupil behaviour. That feedback can be:


Of course, feedback on pupil behaviour can have several simultaneous aims: a pupil can be reprimanded and given remedial lessons on reading comprehension; rewarded and left alone. Learning where and how to blend these responses, in what proportions and intensity or duration, and in what contexts, is a crucial part of developing a professional teacher’s judgement.

Zero tolerance, or ‘no excuses’ has little place in an effective behaviour culture, because no law is exempt from exception. However we can say that some behaviours are particularly intolerable and should never be permitted: racism, cruelty or abuse, for example. But many rules and routines will have genuine mitigating circumstances, however infrequent. To pre-empt wisdom with blunt certainty is to ignore the complexity of the human sphere. That said, extremely low levels of tolerance should be characteristic of good behaviour systems, and high expectations. Students of all abilities should be encouraged to, where possible, take responsibility for their actions, and learn strategies that help them to flourish as people and scholars. Accommodations must be made for students who are genuinely unable to meet behavioural expectations, for example due to a diagnosed learning difficulty.

Simultaneously, it must not be assumed that, in the absence of such a diagnosis, a pupil is helpless. Where possible we should encourage pupils to see themselves as having agency in both their personal identity, their immediate sphere, and their lives more broadly. Developing pupil autonomy is a key aspect of nurturing their emergent adult identities, along with appreciating responsibility, being critical consumers of information, and making decisions that will benefit themselves and others.

Inclusion does not mean ‘in the classroom at all costs’. Many needs are best met (temporarily or longer-term) outside of the mainstream classroom, where specialist help and feedback can be more easily addressed. This should always aim towards inclusion and re-integration through, e.g.  nurture groups, literacy coaching, counselling, transition programs etc.

Removal from the classroom

This is often necessary when the behaviour of a pupil exceeds the capacity of classroom staff to manage, or when the lesson becomes impossible to deliver due to the disruption of one or several pupils. In this instance removal is a positive strategy, not a failure. However, the following points must be considered carefully:


With these, and many other strategies and principles, the good of the many and the few can be simultaneously appreciated and improved. Apart from the effort required to implement consistent routines with high expectations that permit reasonable accommodations (and depending on the cohort and their needs it can be a Herculean effort), this is one of the most rational, rewarding investments a teacher or school leader can make in their community.

Better behaviour benefits everyone. The most vulnerable most of all.