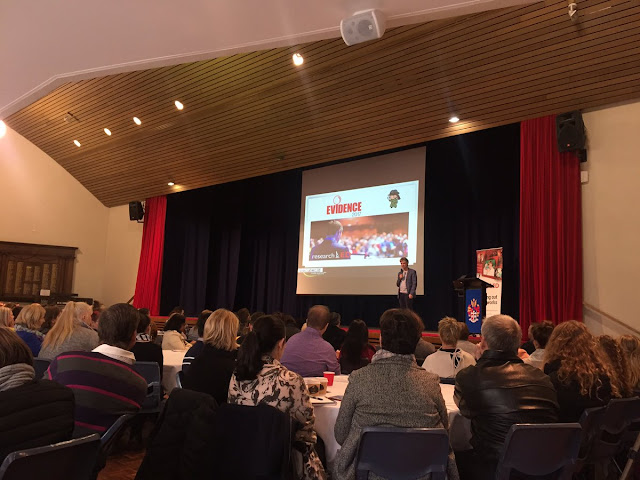 Australia is an extraordinary place to come, especially if you’re British. The mixture of instant familiarity (driving on the left as all civilised peoples do, fried breakfasts, Cockney phonics buried inside carefree New World idiom) and the novel (dim sum next to baked beans, a menagerie of animals apparently constructed by God for a dare) creates an uncanny valley. Like you woke up in an alternate timeline where Britain was at once sunny, healthy and positive.

Nowhere I this demonstrated more clearly than in that totem of Terra Australis, the humble Tim Tam. I can summarise it in two words: Aussie Penguin (the biscuit, not the improbable saviours of zoos’ balance sheets). I already have orders from three separate people in the UK for boxes of them, like Antipodean contraband). But it’s a Penguin with an x factor I can’t quite name. A twist of vanilla perhaps, like someone sent a Penguin through a teleporter with a 99. And it is very delicious, an Umpty Candy for our age.

Aussie ed reminds me of this. I’ve been fortunate enough to eke my way across several countries with researchED in my knapsack: Sweden, Norway, USA, Netherlands, Australia, and next year possibly Ireland, South Korea, New Zealand- we’re even in talks with schools in the UAE and Spain. Every time I’m fascinated to discover how education plays out in each territory. It’s like foreign tongues: the vocabulary and grammar are frequently alien, but the underlying conventions of language remain. Every country appears to be wrestling with many of the same devils as every other country.

In some ways, this is unsurprising: the process of educating children has evolved as a societal necessity, and certain conventions emerge and converge due to circumstances universal to the human condition: the classroom, the teacher-expert, the taxonomy of curriculum, testing, certification, graduation, the lingua franca of instruction. As organisms evolve circulatory, respiratory, excretory systems in a ticker tape of styles, education throws up the same issue whether the school bells sounds over Doha or Dunfermline. Autonomy; selection; instruction and enquiry; whole child or subject…these and many others are the wrestling rings of debate.

Which is why I’ve found attending researchEDs aboard so incredibly instructive; the same debates with different accents, angles and nuance. Educational tourism is of course a dangerous game; often we find that what propels a perceived outcome (such as literacy or tertiary education enrolment) can be aligned as much with cultural contextual factors (such as teacher status, simplicity of language forms, social norms about university) as with policy levers and school systems.

But if we are careful we can learn from one another. The key caveat is to remember that correlation is not causation; that constant conjunction of two factors (such as waking up with a sore head and it being Saturday morning) may not be causal. So when we visit Singapore, or Finland we avoid drawing simple inferences about school starting age, bean bags, first name terms with teachers and wraparound tutoring and classes of 75. Some plants look beautiful in a jungle, but need imported soil and sunlight to thrive. British classrooms are not terrariums. Mango trees will not last a winter in Regent’s Park.

And other flora and fauna will. Look at rabbits, one of many unwelcome presents the British gifted Australia with. Or Highland cows (Latin: Heelan’ Coos) that chewed the cud in Mongolia for millennia before they were kidnapped to Scotland and made to produce toffee for people who couldn’t otherwise afford tooth extraction. I am fascinated by what we can and cannot learn from our neighbours, what will and will not take root abroad. There is an obvious advantage offered here: rather than launch costly (and no doubt unethical) vast social experiments in different education systems to work out which ones are most effective, we can just peer over the border and see what our neighbours are up to. In theory.

I learned a lot (my bar is low, and like a pupil on a G grade I make fastest progress) from Australia and the two researchEDs we put together in Melbourne, one at Brighton Grammar School and one in partnership with the ACE conference. Hundreds of teachers, school leaders, academics, researchers, and everyone else in between self-assembled to learn from one another and the fantastic array of speakers who had given their time for free to talk to their colleagues.

There were too many to mention of thank here, but some highlights that I managed to get to were:

Professor John Sweller, famous forhis work on Cognitive Load theory and developing Geary’s idea of Biologically Primary and Secondary Knowledge, which has proven to be increasingly influential in our understanding of why some forms of teaching may or may not be more or less effective in different contexts. His quiet, patient unpacking of his topic contrasted enormously with….

John Hattie, who is as close to a rock star in edu-conferences as you’ll find. I believe he and Dylan Wiliam are opening the Pyramid stage on Glastonbury next year. His grasp of meta-studies and the energetic, passionate enthusiasm with which he delivers it, make him one of our best communicators in education. Inevitably, one so prominent  attracts criticism: for the 0.4 hinge effect size, the nature of meta studies, and so on. But he is undeniably one of our most important voices in the Great Debate, and rightly feted as a giant in the canon.

Katie Roberts Hull from Learning First, who talked about Evidence Based Professional Learning and the implications for effective practice. In many ways this seemed to echo some of the excellent work done by the Teacher Development Trust in this field. Her idea that professional learning needs to be sustained over a long period, and connected to a learning goal, echoed deeply with me, when I see so much CPD and INSET based on a snapshot model where teachers spend a day at a Novotel taking away a bag of notes and often little else.

Tanya Vaughan from Social Ventures Australia, along with John Bush, was spreading the gospel of the Teaching and Learning Toolkit, and carefully explaining the significance of the lock, the dollar and the months-progress ideas. I hope she’s ready for years of people still asking what they mean like the UK.

Jennifer Buckingham heads up the CIS’s ‘Five for Five project’, which promotes the five main aspects of reading instruction that comprise our best evidenced practice. The resistance to this internationally is extraordinary, and even more extraordinary when you consider the enormous evidence in its favour. It’s a Sisyphean task at times, but when literacy is at stake, a vital one, and people like Jennifer are goddamn heroes for batting on their behalf against the snake oil dingos.

Greg Ashman. Australia’s deadpan knight errant, and for my money one of the best bloggers writing about education in the game. Prolific, spiky and usually dead on. He’s one of my must-follows for anyone interested in the intersection between practice and theory.

Stephen Norton delivered a brilliant keynote on maths instruction, international comparisons between pedagogy, and the relative merits of enquiry versus explicit instruction. The results, it had to be said, were not in enquiry’s favour.

And Stephen Dinham. And Pam Snow, and Ben Evans…and too many others to mention. A huge thanks to Helen Pike and ACE for making the whole trip possible, to Brighton Grammar School for giving until it hurt, and to all the speakers who gave their time so freely. Kindness and generosity frequently makes the miraculous possible.