Known unknowns: what I discovered in Stockholm 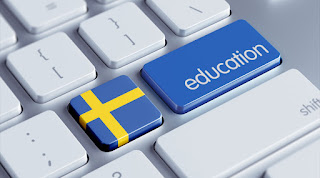 I was the worst kind of tourist today: an ignorant one. I was in Stockholm to host researchED Haninge and chew bubblegum, and I was all out of bubblegum. But unlike our ancestors, for whom international travel was an arduous pilgrimage, we skip across borders like children. Even so, normally on any visit you'd guide-book up; I knew zip. So when I found a few hours free on Sunday to poke around the city before I flew back I found myself a stranger in a strange land, a wise fool.

It was frustrating to pad around the beautiful Old Town, ignorant of every brick and cobble, every institute and palace and promenade. I bumped into the Royal Palace like I'd fallen from the Moon, and watched soldiers march up and down, uncomprehendingly. Of course, I wasn't a tabula rasa; I could piece together some of what I was saw: I knew a little Swedish history, a bit of ABBA, how to build a Billy bookcase, all the Larsson novels, Pippi Longstockings.  So I wandered around,  uncomprehending, dislocated from my circumstances by ignorance. Knowledge was the lack; misunderstanding the effect. No amount of puzzling it out by myself would make up for the it. The facts were not buried in me, waiting to be winkled out. I could no more have discovered what was what than I could have played written a book with no letters.

I could have found out; I could have quizzed everyone I met. I could have asked the shop assistants, and waitresses, and policeman what I was looking at, and built up a picture that way. But a) I would have no idea if I had discovered the most important things to know and b) I would miss my plane and possibly starve to death. But half an hour with a guide book would have opened it up like a treasure chest. I saw a billboard advert that said, 'For the travellers who go by instinct, not by must-dos.' I understand that. There is a special pleasure in wandering, driven by chance and circumstance and luck. There are Stockholms and Parises and Tenochtitlans wild and hidden and mysterious, waiting to be found. But imagine if you did that and missed the Louvre? Imagine if you went to Venice and wandered past St Mark's Square?

Wild learning, self guided, unpredictable and new, has many things to recommend it; surprise, novelty, personal investment. Everyone who likes to be a traveller rather than a tourist would prefer to say they had discovered their Tuscany, their Tromso. But doing do requires that you already have a hundred pegs on which to hang the new, unprocessed data: I know a little Polish history, so I can reverse engineer some of Swedish history from their wars; I live in a constitutional monarchy/ parliamentary democracy so I know that I'm not in immediate danger of being press-ganged into the King's militia without a warrant from John Company. I've seen enough charming ancient labyrinths to know a tourist duck shoot when I see one. Knowledge begets knowledge. To those that hath, shall be given. I missed almost everything, and how different it could have been. Stockholm, I apologise for walking through you as witless as Pinocchio was inside a whale's bowels.

Visit Auschwitz to see a contrast. Oświęcim locals will remind you: it's not a Polish concentration camp; it was a German camp, hence the retention of the Germanic form. And it's not a camp; it's a museum, a memorial. Visitors are required to take the tour, and lean on headphones to unpack the horror. It's easy to understand why. Without background, Auschwitz is rubble and grass and cattle sheds and mean, meaningless brick one-storey terraces. With explanation, it burns and hums with history and Hell and horror: the spot where Maximilian Kobe was martyred and murdered; walking though the gas chambers and trembling; shaking with sorrow at the bogs where the ashes of thousands were buried. What is a room full of spectacles but an odd jumble of garbage until someone points out their savage provenance? Rags, hair, suitcases are detritus until each one has a line drawn to a lost soul.

You could find out for yourself. You could. You could- and should- talk to people there, ponder a little, work out why an oven needed to be so inordinately large in a prison camp. Or you could be told by an expert, and then do that anyway, broadening your understanding, imbedding that understanding with personal experience, and fixing it in your comprehension with depth and gravity.

Why not just tell them? 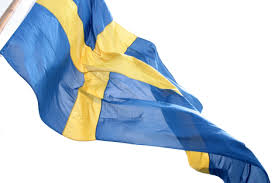 Discovery is a fine thing; a necessary thing. some say it is the natural power of the human mind. It is the intuitive, animal legacy of our apprehension and it is a wonderful thing. But it was designed to construct knowledge of a world at a very human level: how not to tumble over, when to shield one's eyes from the sun, how far an apple will travel if thrown just so. But Newton spoke truly when he said he saw further because he stood on the shoulders of giants; propositional claims ('Stockholm is in Sweden'; 'Carl XVI Gustaf is King') can be imparted in the time it takes to say it. In this way we not only stand on giants' shoulders, we rapidly form a pyramid of giants and humans, and see for miles.

When we teach students, there may well be times we want them to figure out the world for themselves. But when we do, we should ask, 'Why not....just tell them? What is to be gained by the game?' If we can't answer this, then we have a duty to inform, clearly, and with as much an impression as we can make.

The unexamined life is famously not worth living. But the informed life is worth much more.
Email Post