Give me liberty: why teachers need free speech more than ever


I love social media. This will surprise no one with the misfortune to follow me. If they ever taxed it, I'd be pawning my kidneys on the Dark Web for screen time. I also love free speech, debate, and the potential for teaching to re-energise itself from within, from the ground up by international and powerful conversations you can have online. I like being able to criticise things. I also like suggestions about what to do next. I like dragon slaying and myth busting, even if I’m the dragon. It might be painful, but like going to the gym, you never regret it afterwards.

Is Twitter the last great salon of free speech? I sometimes wonder. Open to anyone with access to the internet, free, instant and international, it smashes borders and levels access in ways unimaginable just fifteen years ago. From nothing, I used it to make connections with minds great and grand and groovy around the world. Without it, researchED would have been nearly impossible. Tweets can girdle the earth far faster than Ariel’s forty minutes

But for every force, there is another equal and opposite; some don't embrace this new paradigm; who resent change, or its harbinger, discussion. It's important to remember how far we've come at least in the UK. When I first started howling into the void, many things were dogma. It was practically inconceivable to write openly in dispute of the public wisdom of, among other things, universal group work, 21st century skills, learning styles, skills-based curriculums and so on. I’ve heard people speak forlornly about how lovely it was then, and how it were all handshakes and cheeky winks when social media were t’lad.

I had a very different experience. It was lovely if you jogged along with the orthodoxy, but very intimidating if you disagreed. Happily what we see now is the creation of a space where dispute is a dependable part of the conversation. Tribes form in these digital spaces, just like they do in real life, and multiple viewpoints are presented, pilloried, paraded and prodded, just as they should be.

Your mileage will vary about what you consider acceptable or unacceptable criticism. When I started teaching I was told to accept school paradigms because 'back to work, rookie'. When I wrote Teacher Proof I received emails from academics who told me I was quite wrong and didn’t really understand the science anyway. When I started researchEd I was told that teachers should be the recipients of the divine wisdom of Mosaic Tablets of academia, and our role was to deliver the exciting and yet strangely unworkable projects of novelty and vanity I often encountered in classrooms. As a writer I have seen people who should know better write that the current crop of online teacher authors should ‘be very careful because they were being watched,’ and that we were ‘wielding too much power. This, about people sitting at their kitchen tables blogging in their sweat pants and tweeting.

That just makes me want to screw my eyes up and imagine these aristo gatekeepers naked, playing a trombone. In any pluralist society we enjoy and endure a magazine of belief systems. Crucial to the success of that system is that we permit the expression of those views. 'I may not agree with what you say, but I will defend to the death your right to say it' remains as true now as when-people first misattributed it to Voltaire.

The irony of course is that education institutions are created to be furious furnaces for molten minds, hot and fluid, but in times of turbulence they often seem the most thin skinned and resistant to challenge. The double irony is that many in education who would call themselves disrupters and game changers and crusaders are the ones who enjoy being disrupted least, or having their own games changed, their own cheese moved an inch.

I've seen many in the traditional priest class  grimace and rail against this new model army of volunteers and expendables, unable to endure the mildest of criticism. But those who have status rarely willingly vote for the redistribution of their capital.

I've written, tweeted, blogged for around a decade and been lucky enough to escape nearly any heat from the institutions within which I taught. I think this was a combination of two things: broad minded management who rightly saw my opinions as personal, and a careful policy of never speaking about my children, my classes, my school, unless it was uncritical and supportive. I write about policies, strategies, ideas, not 'Man, that observation I just had blew and sucked simultaneously.' Others appear not to be so fortunate. I know of many schools who have a 'no social media' policy in their school policies, and few are the teachers so unencumbered by financial demands that they can bite their thumb at a salary for the sake of tweeting a few dank memes about Minecraft. 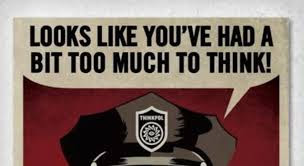 There is a class system, a caste system of who is and who isn't allowed to have an opinion in any hierarchy.  Now, I’ve rarely been a victim of anyone trying to close me down, but I've been complained about twice to my schools for blogs I've written. I've been reported to the DfE, the TES, for holding opinions the complainants found objectionable. Since I started writing a couple of reports on behaviour for the DfE I’ve started to get sniffy comments along the lines of ‘Should someone in your position be making such statements?’ None of this concerns me. I am happy to be inappropriate, if being appropriate means being so anodyne that no offence could possibly be taken, The Hell with that.

You're paid to teach, not think

Worse, when talking to teachers both here and abroad I’ve found out some are told explicitly that any form of social media presence that discusses teaching will result in disciplinary action. Where is this grisly and anti-intellectual cowardice coming from? What are they scared of? By doing so they close down a profession's ability to self critique, argue, grow and learn from itself. Joining Twitter is like Chewie punching it from the co-pilot’s seat. The ideas just keep coming, faster and faster.

Crucially, what is being lost is more valuable than the perceived gain. I follow a lot of teachers, and in my experience the vast, vast majority of those who tweet and blog and engage are massive, massive nerds for their jobs, love teaching, love working with children, and want to swap ideas, research, stories and experiences. It certainly isn't a prerequisite to be a good teacher but by God it's a healthy quality for one to have, I'd say. The voices I follow teach me, enrich my understanding, and, yes, challenge me to reconsider my biases. Twitter is an enormous source of fresh ideas; it's also a beautiful ally of empowerment if you're on the margins of authority. Here, if someone reads you, you matter as much as any minister or magistrate. No wonder some people don't want you on it. 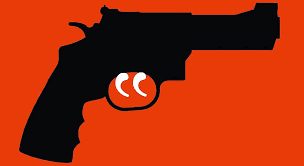 Confident, mature minds welcome criticism. Those who believe they hold strong positions are comfortable to argue them. Famously if you want to know who really holds power in society, ask what you aren't permitted to talk about. Who tries to shut down your conversations, rather than tackle what you said with counter argument? Who tries to get you sacked, and who tries to tell your employer you're a terrible person? Who goes low when you go high? Who doesn't have an argument?

I hope I've been able to be a small part of a conversation over the last decade that has helped normalise a more open discourse about what may or may not be discussed. And I hope social media never loses its power to surprise, agitate and animate.
Email Post