Washington DC part 1: What schools can learn from America 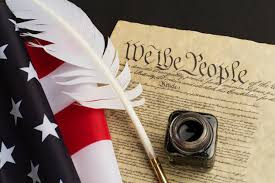 Unless you’re in a chemically induced coma it is impossible not to see how America creates itself constantly. It does it so, so habitually that I imagine most of the time it doesn't even know it’s doing it. People have often commented on the palpable and very visible culture of civic responsibility that exists in America, certainly compared to, say the UK. Participation, citizenship, are very live, livid concepts.

One one hand this is unremarkable considering the circumstances of its birth. A former colony that had to pull itself out of the womb, bite the umbilica and tie its own knot, you can understand how that violence, that conscious act of rebellion and self-discovery leads to an equally conscious ambition to celebrate its identity. America does democracy like Apple does iPhones: better than anyone else. The UK may enjoy the Mother of Parliaments, but come to Washington and see Parliament 2.0. It’s impossible not to be a little in awe of this re-invented Leviathan, this custom-built, nuclear powered democracy, like someone looked at Rome at its height and said, ‘I’ll take one of them, but brand new please.’

My bucket list got a few wishes lighter today when I visited the Capitol, the Supreme Court, and National Archive where, under Lovecraftian lighting, I could view The Declaration of Independence; the Constitution; the Bill of Rights (I have no idea how Nicholas Cage was supposed to burgle the things; a poor boy there nearly saw the business end of Boot Hill when he tried to take a picture). Next to them, the Reader’s Digest narrative of their histories. Visitors leave with no ambiguity about what these documents are, what they represent, and what they do.

Ask an American about the Gettysburg address, and even the most politically disengaged will probably run off the first line or two for you, recalling school plays with stove pipe hats and beards glued on with gum. Wars of Independence, of Federal versus Slave state, of expansion, annexing and absorption are imprinted on the national consciousness. Wedged between Hallowe’en and Christmas we find Thanksgiving, a national celebration of national memory. Ask any Brit to recite the Magna Carta and you’ll have enough time to memorise the Ramayana and boil an egg before anyone comes up with two words in the right order. Then ask them to define what being British means. Or ask them to list any significant events in the history of the UK’s inception. You’ll have time to learn Japanese with an indigenous accent and discover anti-gravity. 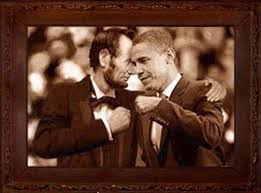 America has, in 200 years plus change, invented itself. The Constitution was written in just over 100 days and contains 4543 words, or to put it another way, 5 times what you're reading. The Bill of Rights is 462 words. 462. But currently 319 million people cleave to it. People from the Mississippi Delta to the port of Anchorage sing the Star-Spangled banner. In the UK half the population think the national anthem is the theme from Hawaii 5-0. We’ve had 1500 years to work out that we have no idea what we have in common with one another. No wonder all it took was a cough at the Dispatch Box for wheels to start falling off Britain like a clown’s car.

The motto of the United States is E pluribus unum- Out of many, one. And while Texas keeps looking at the door, and a few survivalist eschatologists kept getting their hopes up, that culture endures. Because they have a story they can tell about themselves. Some of that story is composed of myth, and some of it is yarns, and a lot of it is faith. And some of it is true. It’s Paul Revere and Tea Parties and Mount Rushmore and Sic semper tyrannis and apples trees cut down, honestly and Miranda and Brown vs the Board of Education. But what matters is that these stories are shared, over and over and over. They aren’t told once and forgotten. They’re memorised and eulogised and argued over and disputed. Flags may be burned or folded carefully over coffins. Arms may be borne or beaten into ploughshares, but the 1st and 2nd Amendments are in little danger of becoming obscure.


Schools that don't try to have a culture get one anyway 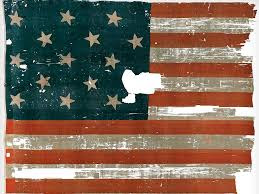 I’ve visited a lot of schools, particularly over the last year and half in my role as independent advisor to the Department for Education on behaviour management. One of the things that has been frequently, almost indivisibly associated with the schools who enjoy the highest average levels of civil and academic conduct, is the sense that the school has a powerful, robust, and most of all explicit culture. Culture’s a will o’ the wisp to nail down, but ‘the way we do things around here’ has yet to be beaten for me as a definition. And schools where there exists a sense of communal identity centred around kind conduct, altruism, service, dignity and industry are often ones where behaviour is at its most impressive. And these schools don’t let leave their cultures to chance, because even if you don’t invest in a culture, one will exist anyway. And good luck with that. Instead they hammer them out on a forge built on mottos that lie on the lips of every pupil and staff member; values that are lived, not just printed on school crest. Rules and boundaries that hum like electric fences and, when broken, are done with conscious intent and the aim of a greater good. Everything is conscious, everything coheres, and everyone understands what the shared stories are.

School vision statements, like a constitution, don’t have to be long; they have to be lived. In a world where data is king and bureaucracy chokes the heartiest of ambitions, it’s worth remembering that no school- no community- ever thrived because the paperwork was perfect, and nothing else. Paperwork is great. But words that only live on a page have no meaning.