The other Dark Meat: Does it matter where ideas come from? 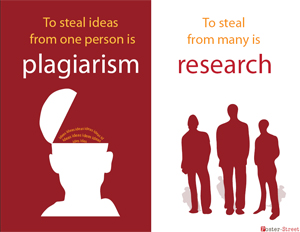 There are claims in the press today and every day that the government doesn’t listen to what the profession is saying, and that reforms have been driven by prejudice and partiality. These ideas have come from the wrong source. But does it matter?

Horse meat puns might have jumped the shark within about 15 minutes, but a real issue remains: where something come from often matters. It matters because provenance is more than just a place in France, it's also an integral part in establishing quality. The fact that budget, microwave ready-meals aren't actually made from hand-massaged Kobe beef should surprise no one, and if it does you then I have some magic beans I’d like to sell you. If you want cheap meat, don't be surprised if you end up with a stew of slurry, lips and assholes.

Provenance too matters in education. Take grade inflation- and I hope by now we can accept as an axiom that grade inflation was a real thing. Either that, or for the last twenty five years, children have been getting smarter, teachers better, in gradual, regular increments. Sure I can’t interest you in those beans? Or maybe exams became steadily easier. The Front Benches, even OFQUAL itself admits it, yet there are still some flat-earthers who deny it. Exam boards, driven by mercantile passions, competed and pimped with each other, turning out tricks, offering syllabuses that were steadily drained of content, drip by drip, until they were nearly bloodless carcasses. In public, they stuck signs in it that read ‘beef’. In reality, Shergar.

To avoid this, exam boards must feel free from the need to compete with one another. It's one of those areas of public life for which the state was invented- where public interest must outweigh private benefit. Otherwise, like Thénardier, you mix it in the mincer and pretend its beef. Ironically, with all the twists and turns of education policy this week, it was the reversal of government intention in this area that most teachers disagreed with. Having one exam board, it seems, was the most popular thing that Gove couldn't do.

Oddly enough, many teachers surveyed by the DfE were still against the removal of most coursework as part of school assessments, despite the widespread acknowledgement that coursework is the most corrupt of all exam practices: subject to teacher 'over-intervention', parental direction, and the very worst excesses of privilege.

One significant complaint I have heard is that the current regime doesn't listen to teachers enough. What people usually mean by this is they don't listen to them. Opinions in education will always be divided, because so much of educational theory is a matter of values. It's like the accusation of being 'ideologically driven' that is often thrown at Gove, as if only the wicked have a set of values. Twigg, Rosen, and all the other horsemen of the Progressive Apocalypse are just as driven by dogma and relativity as any other.

This is one area where provenance doesn't matter. Who cares where a belief comes from, if it is sound? I couldn't care less if the reforms are driven by Gove's nannies, dice, or the entrails of a goat. There isn't one ‘voice of teachers’, because teachers are a nation of millions; worse, an asteroid belt. Unions, though important (sometimes) represent the interest of their members, and are not dispassionate arbiters of educational wisdom. When education was puréed in the nineties and noughties by well meaning people who believed literacy meant reading IKEA manuals and not spelling and grammar, from the unions there was not a peep.

No, the best people to decide pedagogy are teachers, and teachers who can actually evidence their successes, either in context or absolutely. I don't listen to behaviour advice from someone who has never taught a difficult class successfully; I ignore anyone who tells me how to teach literacy unless they can show they've taken kids from A to Z, and all letters in between.

That's the only provenance that matters. Educational research is a valuable tool, as long as it is as strict with itself as any chemist would be expected to behave. Much of educational debate is simply partisan, as Roundheads and Cavaliers lob agreeable pseudo-research that backs them up at one another. This has to end. Science cannot be pimped out every time someone wants to justify a prejudice. For any reform to be valid, it must be shown to have valid empirical evidence to support it, or have a plausible mechanism with components that can themselves be plausibly inferred from experience.

Anything else is dark meat.